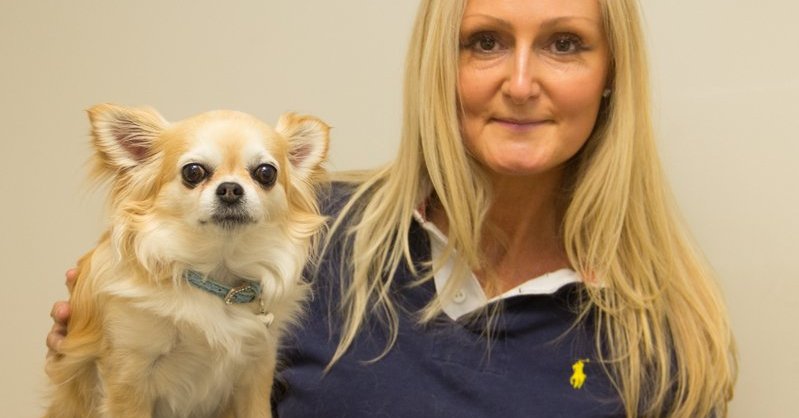 Many pet owners now have their female dogs spayed when they are young: there’s good evidence that it prevents certain cancers as well as avoiding some other serious illnesses as dogs grow older.
For a number of reasons, Daisy wasn’t spayed at the normal age of around a year old: she had an accidental pregnancy instead, and she needed a Caesarian operation because she couldn’t have the pups naturally. It was all very traumatic, and Elizabeth didn’t want to consider the idea of putting her through another operation to spay her. She’s such a small dog that it seemed like a big procedure to put her through, and in any case, she was never much of a bother when she was in season. She was easy to keep indoors, and her blood spotting  when she was in season was minimal. Elizabeth had once thought that she might breed from her, and although that had never happened, the idea of having her spayed had never been on the list of things needing done.
Last November, Daisy came into season as normal: this usually lasted around two weeks, then it was all over. It happened twice a year. This time, however, the season went on for over three weeks. And as time passed,  the blood spotting changing from the usual drops of fresh blood to splashes of a dirtier brown colour. At the same time, Elizabeth noticed that there was a foul smell coming from her Daisy’s rear end. On top of this, when Daisy lost her appetite, refusing to eat her dinner,  Elizabeth decided that it was time to take her to the vet.
The signs that Daisy was showing were classic for a common problem in older female dogs who have not been spayed: an infected womb, also known as pyometra. The structure of the wall of the uterus changes as dogs grow older, becoming prone to picking up an infection when the animal is in heat. I strongly suspected that this was what was happening with Daisy. The diagnosis was confirmed after taking blood samples, xrays and carrying out ultrasound. Every test supported the conclusion that Daisy had an infected womb, and there was only one cure for this: immediate surgery to remove her uterus (a hysterectomy).
The operation is exactly the same as spaying, except for the fact that the patient is unwell at the time. Daisy’s infected womb was producing toxins that were making her feel nauseous, which is why she had stopped eating. We had to give her supportive treatment before her anaesthetic, including antibiotics and an intravenous drip. She perked up with this, and we were then able to go ahead with the operation. The sooner her uterus was removed, the sooner she would make a full recovery.
The surgery went well: Daisy went home on the same day as the operation, loaded with plenty of pain relief to make sure that she was comfortable. She was a well behaved patient, and she didn’t even need a plastic cone collar to stop her licking her wound.
Daisy made a full recovery, and was soon back to her normal lively self. Elizabeth is delighted that the operation has been done: she no longer has to worry about Daisy coming into season twice a year, and she knows that long term, it’s the best thing for her general health to be spayed. 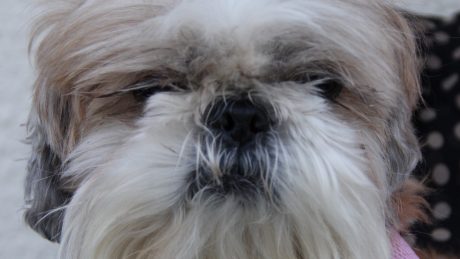 Loulou the 10 year old Shih Tzu had an upset stomach 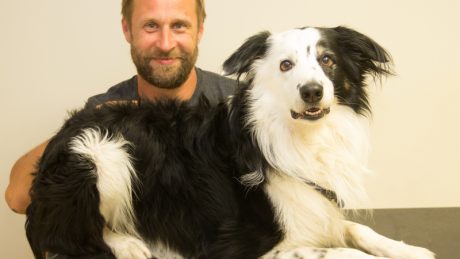 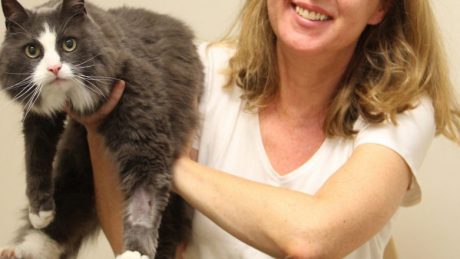