Does your dog or cat suffer from anxiety? Many people don’t realise that their pet has this issue. Watch the video above to find out if this could be a problem in your household.

The problem of anxiety in pets

Animals can be just as prone to stress, worry and anxiety as humans. After years of stating that animals were automatons, without emotions, mainstream science has finally accepted that the mental lives of animals are far more similar to humans than many people would like to accept.
On July 7, 2012, a panel of experts at an international gathering in Cambridge University made a formal announcement: the “Cambridge Declaration on Consciousness in Non-Human Animals”. This states that the key differences in human and animal brains, found mainly in the frontal cortex, do not play a role in the specific phenomenon known as “consciousness”. The more primitive parts of the brains of humans and mammals are equally well developed, and consciousness “happens” in these areas. While it’s true that our extra-developed frontal cortex allows us to reflect on our lives in more detail, consciously planning for tomorrow in a way that animals are unable to do, scientists now believe that animals share a moment-to-moment awareness of life in a way that’s very similar to humans.

What does this mean when it comes to anxiety? While animals are unable to worry about what’s going to happen (e.g. they have no concept of future events in the same way as us), they are just as likely as we are to feel stressed and anxious about difficult social situations that are currently going on around them.

Anxiety is a strong emotion that causes many pets to suffer from distress.

Sometimes the signs of anxiety are subtle:

At other times, the physical signs of anxiety are impossible to ignore:

Sometimes anxiety can even cause animals to have physical signs of illness. 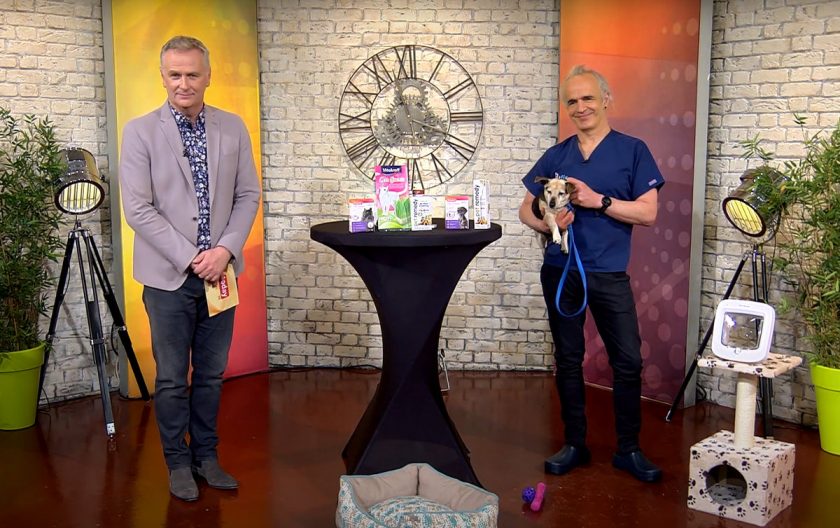 What can be done to help anxious pets?

The best answer is to address the cause of the anxiety.

Products that can help:

Plug in diffusers can be used to instill calming vapours into the air around the pet. There are two formulations:

Pheromone diffusers – these contain natural odourless chemicals produced by pets that make them feel less anxious. Separate ones are available for cats and for dogs

Specific behavioural interventions can often help, depending on the cause of the anxiety:
Examples:

When is the vet needed?

In severe cases, prescription-only anti-anxiety drugs (similar to those used in humans) can be very helpful. A stressed-out hyperactive animal can be in a permanently heightened state of anxiety. Medication can be useful to bring the animal back to a relaxed frame of mind, and as long as the original cause of stress is dealt with, many pets will remain calm as the medication is gradually stopped. These can only be used under close veterinary supervision: it’s dangerous to give human medication to pets.

If you have an over-anxious pet, send a message to me via the Ask A Vet tool on Petfix, or talk to your local vet for professional help