Home / Articles / Pete in the Media / Pat Kenny Show / Podcast and blog post: an update on the online sale of dogs in Ireland from Pete the Vet on the Pat Kenny Show

Podcast and blog post: an update on the online sale of dogs in Ireland from Pete the Vet on the Pat Kenny Show

The latest vet spot on Newstalk’s Pat Kenny Show acted as an explainer on the controversial issue of animal sales online in Ireland.

To listen, click on the play button at the foot of this page, or read on for more details.

Background to online sales of animals online over the past decade

Historically, as animal sales moved from classified newspaper sections to online. there were obvious issues with poor quality animals, bad welfare, and illegal practices. There was understandable concern to all in the animal welfare world, so a plan was put in place to tackle this, and a new group was put in place. The Irish Pet Advertising Advisory Group (IPAAG) was formed in 2015 by a number of leading animal welfare organisations, veterinary professionals, working with classified advertising websites to combat growing concerns about the irresponsible advertising of pets online.

What did IPAAG want to achieve?

IPAAG created a set of Minimum Standards for websites to follow. Any websites that agreed to abide by these standards were allowed to have the IPAAG logo visible on their pages advertising pets.
These standards aimed to help address issues with advertising animals online, which included:

Why didn’t IPAAG call for a complete ban on the online advertising of animals for sale?

We cannot ignore the fact that consumers can buy nearly anything in just a few clicks, including pets. Members of IPAAG agreed that an outright ban would not end the sale of animals online. It would merely:

Instead of calling for a ban, IPAAG worked with classified websites in Ireland to help make their ad pages safer for pets and prospective owners. This was done by improving their pet advertising standards. IPAAG also worked to educate people about how to buy responsibly online, and discourage impulse-buying (e.g. see the videos and check lists on the IPAAG website).

IPAAG worked with major classified advertising websites (including Donedeal) aiming to ensure there was ongoing regulation and monitoring of pet ads listed on their pages, aiming to ensure the welfare of animals advertised online was protected, and that any illegal activity was identified and investigated. In practice, of course, it is difficult or impossible to achieve these aims in full. Real life is messier than the theory and no system is 100% watertight.

What happened with Donedeal in 2020 that led to suspension of dog adverts?

In the first half of 2020, there were two significant events which caused significant changes in the online sale of animals in Ireland

On the 1st February 2020 new regulations on the sale or supply of pet animals came into force in Ireland. The Animal Health and Welfare (Sale or Supply of Pet Animals) Regulations 2019, places legal responsibilities on any person selling or supplying six or more pet animals including dogs, cats and other pet animals, in any calendar year. Those that do must register with the Department of Agriculture, Food and the Marine (DAFM) unless they are already registered with a local authority under the Dog Breeding Establishments Act 2010.
Additionally, the regulations set out the following obligations.

2. A person shall not publish an advertisement of a pet animal for sale or supply, without including in the advertisement the following information:

These changes placed new controls on people advertising pets online, and a key point was that the obligation lay with the individuals advertising, not with the website itself. Websites do not break any law by accepting adverts from people who are breaking the law, and this is a very serious problem.

From March onwards, the COVID crisis led to more people being at home, and a surge in demand for puppies, causing a shortage, leading to higher prices and a greater incentive for dodgy practices, including illegal puppy farming and dog theft.

What impact did these two factors have on Donedeal?

Websites like Donedeal struggled to ensure that all advertised animals complied with the above new regulations. Strictly, it is not the responsibility of the website to ensure that advertisers comply with the law, but clearly., a responsible website would aim to do so.
In particular, two problems emerged:

There was strong pressure from a number of campaigning groups (e.g. Do Better Donedeal Facebook Page ) and following this pressure, the website made a decision to stop their dogs section until they could put in place new automated measures (e.g validating microchips with the microchip database to ensure that they are genuine before the adverts went “live”).

As it stands, Donedeal is not yet accepting animal adverts, but the selling of puppies online continues, with other websites instead. It is impossible to stop this: if one website stops, another starts. And if all Irish websites were banned from selling animals, a website based in another jurisdiction would start selling Irish animals.
The judgement of many in the animal welfare world is that it would be better to work with an Irish based website to ensure that welfare of animals is supported as much as possible by the website rather than banning them, and then having animals sold via overseas websites that will refuse to comply with any controls, selling stolen dogs, dogs with illegally docked tails and cropped ears, very young animals etc.

As it stands, IPAAG is reviewing its stance, reviewing its standards, and Donedeal is trying to come up with new systems that allow the website to ensure that all individuals advertising comply with the new regulations.
Meanwhile, people who are looking for a pet should go to www.petbond.ie, a new website that is completely focussed on the ethical supply of pets, linking up people who want a new pet with suppliers who comply with certain specific standards. Pete’s new website, Petfix Club, is working with Petbond to help promote this new and ethical way of sourcing pets.

There has a great deal of fear and anxiety following media stories about a surge in dog thefts in Ireland in recent months. In truth, while dog theft is a serious problem, there has not been a year-on-year increase.

If you assume a national dog population of 550000 in Ireland:

In addition, in 2018 (the figures for 2019 have not yet been published), approximately 9,000 dogs were admitted to dog pounds in Ireland (this may sound a lot but a few decades ago the number was over 30,000) either because they were straying or surrendered by their owner. This means that dogs were 62 times more likely to stray or be given away than to be stolen. Now, if your dog has strayed or escaped by the garden but due to the stories in the media, you believe your dog to be stolen, you may be more likely to report it as stolen to Gardai, rather than check your local dog pound or wonder about a farmer shooting your dog because it was chasing livestock. So there are a number of alternative explanations for the fate of a dog that goes missing from its owner’s garden.

This is not to downplay the risk of a dog being stolen, People should take care to make sure that there dogs are securely kept at all times. But also, they should not necessarily believe scaremongering that there is “an epidemic of dog thefts” when the facts do not support this.

The ultimate answer to online sales of dogs in Ireland

The bottom line is that rather than just one sales website withdrawing from a busy market, what needs to happen is a change in the law that makes all online platforms responsible for what they allow to be posted – there would be compliance virtually overnight due to the risk of websites shutting down.

Listen to the podcast below to learn more. 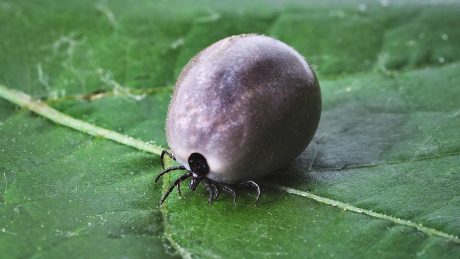 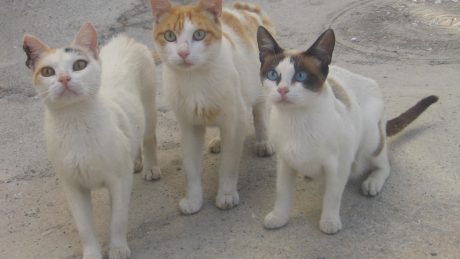 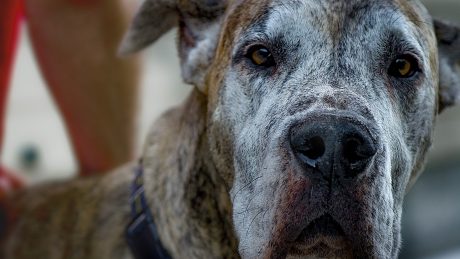 The end of a pet’s life: should you stay with them when they are euthanased? Pete the Vet on Newstalk’s Pat Kenny Show | Pat Kenny Show