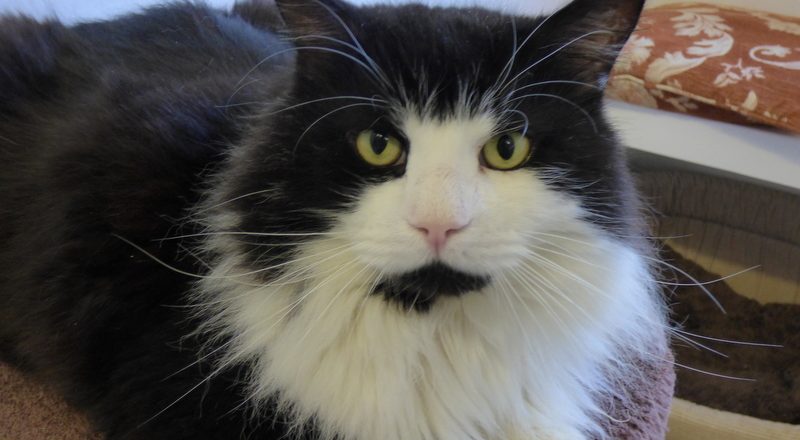 The Cat and Rabbit Rescue Centre would love to introduce you the very handsome 7-year-old boy McCarthy. McCarthy is a very special cat who has been here at The Centre for quite a while. McCarthy first arrived with us back in 2017 after he had been living as a stray for over 3 years. He was really unhappy with being penned up and would often lash out at the staff, so we made the decision to let him live here on site. He was much better behaved and over time his behaviour improved so much that we decided he would move into the staff room. He spent most of his days curled up on the chairs or on the staff’s lap.
He seemed to really crave the attention and hardly went outside anymore, the staff felt bad in the evenings when he was left alone all night so they decided they would try to rehome him. It didn’t take too long, in February this year he did find a new home but unfortunately it didn’t work out. He was very happy in the home but he just still occasionally had that temperamental side and his new owner couldn’t cope. We really do still want to rehome him because we know he could be really happy in a home. When you go and spend time with him he is the cuddliest cat who just wants to sit on your lap. Over time we had realised that McCarthy doesn’t really like men so would prefer a home with females, he also would not be suitable to live with children or other pets. If you are female and can handle a few scratches but still not give up on him, you will be rewarded with lots of love.
If you think you may be able to offer McCarthy a loving home please give the centre a call on 01243 641409 or visit our website www.crrc.co.uk.