Karina is a lovely hen 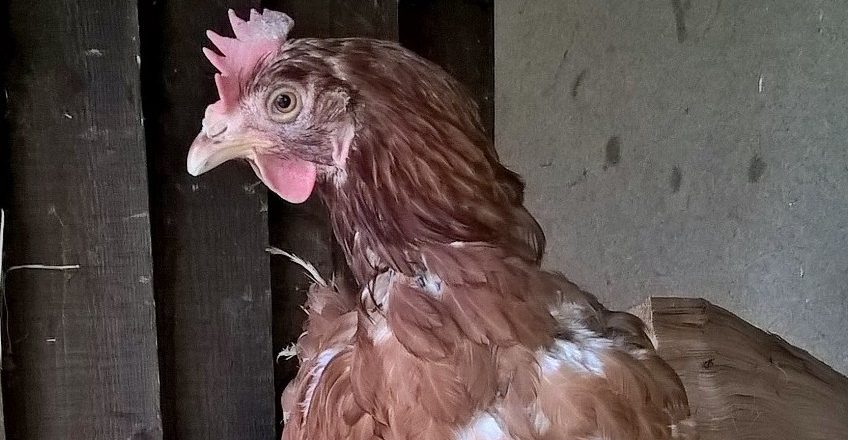 Karina is more akin to a cat in that she’s already used up two of her nine lives.  Firstly she was saved from slaughter in February from a farm in the South West of England.  All was going incredibly well until Karina tried to lay an egg  in ‘breach’ position, eg it was coming out sideways, and it was a big egg.  Karina’s owner, also called Karina, brought her into the charity as she didn’t know how to deal with this unusual event and Karina’s egg was well and truly stuck.  After pain relief, a cracked egg and shell was removed, a sore bottom was treated, but another of Karina’s nine lives was used, although hopefully that will be the end of her feline qualities!  Fortunately Karina is now enjoying the more fun aspects of free range living such as sun bathing, dust bathing and rootling for bugs and slugs.  If you would like to offer Karina a home along with a few other hens, please get in touch with the British Hen Welfare Trust on 01884 860084 or visit their website at bhwt.org.uk.

Karina is fine, she’s living locally and has merged into a small flock.  She’s in lay apparently, but has popped out eggs without further complication, and is just enjoying this British summer, which although far from what we hoped for, is wonderful to a caged hen like Karina.