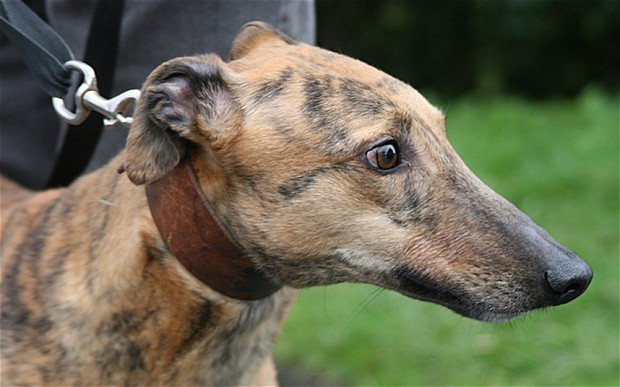 This week’s rescue pet is Oran, a sensitive but good-natured greyhound being cared for by Greyhound Gap (greyhoundgap.org.uk). They say Oran gets on well with other dogs, both big and small. Ideally he needs a cat-free home with other greyhounds preferably a steady female or females to help him with his confidence issues. We feel he shows signs of soon coming around and his confidence will build quickly, however he is more scared of men than women. Any males in the house would need to be quite quiet and gentle and allow him to bond with them in his own time. Oran can be nervous of loud noises when out on a lead, so needs someone who understands greyhounds and their reactions.

A home with older teenage children would be best. Noisy younger ones may be too much for him.

Oran is vaccinated, treated for fleas and worms, microchipped and neutered. He is currently in the kennels in Stoke on Trent. In the first instance to offer Oran a home please fill in our pre adoption questionnaire:greyhoundgap.com/homing-a-adoption/pre-adoption-questionnaire

We were really missing having a greyhound (our last 3 had all recently passed away) in our pack and decided we would like to adopt Oran. We changed his name to Orin as it was easier to say but mostly he’s called Orin. Orin was indeed a very nervous and frightened of everything when he first arrived. As the weeks went by he gained in confidence and being part of a large pack really helped him. Orin is completely 100% his Daddy’s boy, he sleeps all day like most greyhounds but as soon as his Dad comes home he turns into a great big clown and acts the fool and gets so excited.

Orin is lucky that he has so many playmates as he was one of 4 young dogs we brought into the pack last year making a total of 7 Taylor hounds. Orin is very respectful to the older pack members and has learnt he has to share toys and treats, he is also learning to play a bit more gently as when he gets excited he can be a bit full on.

When Orin first arrived he would either run and hide from visitors or stand and bark at them, these days he’s in the middle of the pack pushing and shoving to get some attention. Loud unexpected noises still frighten him but he is more inclined to take his lead from the pack and if they’re not bothered he realises he needn’t be either.

Orin has brought back fun and laughter to our pack and really is a beautiful dog with so much love to give. Orin’s favourite thing to do is snuggling up to the other hounds and he is so gentle when he climbs onto the sofa, he is a real snuggle bunny.