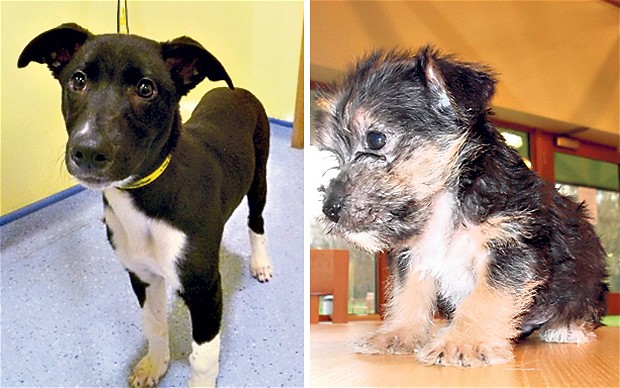 We all know “A Dog is for Life, Not just for Christmas” yet sadly this was not the case for puppies “Cluedo” and “Scrabble” who were handed in to Dogs Trust rehoming centres on 28th December 2011.

While others are busy catching up with relatives in between Christmas and New Year, staff at Dogs Trust’s seventeen Rehoming Centres across the UK were busy working around the clock caring for Christmas canine casualties.

Just three days after Christmas, a 14 week Greyhound crossbreed puppy brought into the Dogs Trust Leeds Rehoming Centre. His owners purchased him on Christmas Eve but after only a few days they had decided to give him up as he was not yet housetrained and had began to chew the children’s other Christmas presents.

Dogs Trust Leeds Manager, Amanda Sands, commented: We have renamed this little pup Scrabble and hope to find him a new home with a family that has the time to train a puppy. Scrabble was bought as a Christmas present and his owners did not realise how much time is involved in looking after a puppy – unlike toys they don’t come with an offswitch and puppies certainly need lots of training.”

Meanwhile, an eight week old Yorkshire Terrier crossbreed puppy, Cluedo, was brought into Dogs Trust Canterbury after an elderly lady walking her dog in the woods was approached by another woman trying to sell the young puppy to passers by. Dogs Trust Canterbury Manager, Adam Levy, commented: “We believe little Cluedo was an unwanted Christmas present and his owner was hoping that dog owners walking their pets around the woods would take pity on him and buy him off her. If no one bought him the woman said she would dump him in the woods so we are grateful to the elderly lady who brought him into us.”

For over 33 years Dogs Trust has been saying that “A Dog is For Life, Not Just for Christmas®” yet so many children and their parents still consider a puppy as a suitable present. Research* from the charity revealed that over a third of children asked for a puppy as a present and worryingly 16% of parents would have bought one if their child put it on their list.

Both Scrabble and Cluedo are now in safe hands and are now looking for new homes. Anyone interested in rehoming the puppies should contact Dogs Trust Canterbury for Cluedo on 01227 792 505 or Dogs Trust Leeds for Scrabble on 0113 281 4920.

Cleudo has been rehomed to a couple just outside Canterbury. Since heading off to pastures new he and his family have visited the centre a couple of times and he looked very well and happy. Scrabble has also been rehomed. He is now living with a family in Wetherby and goes by the name of Jack.