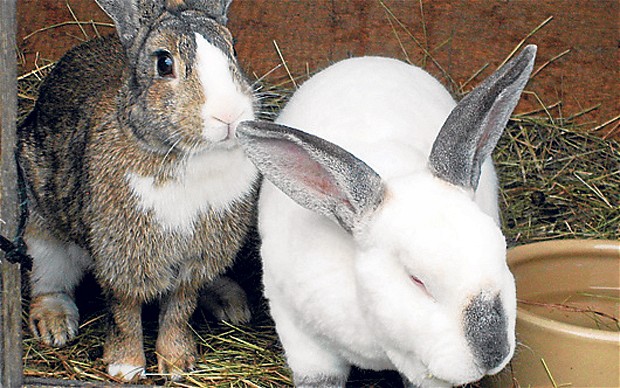 Sidney and Gary featured in November 2011

Sidney (pictured left) is a Dutch Cross and was born at Raystede earlier this year, after her mother came to us pregnant. Now seven months old, she is a very inquisitive rabbit and loves people. She is a big fan of food.

Gary is a two year old Rex rabbit. He came to Raystede in June after being found as a stray. At Raystede, we always keep rabbits in pairs, as they are social animals. We put him with Sidney and the pair of them really got along well. Gary was a real grump when he first arrived here, but he is now coming out of his shell. Like Sidney, he loves his food and both are very fond of a tickle.

Both Sidney and Gary have been neutered and would like to find a home together after bonding so well. To offer them a home or to make a donation, please call 01825 840252 or visit www.raystede.org.

Sidney and Gary were rehomed in April last year. They are now living very happily as a pair in their new home.