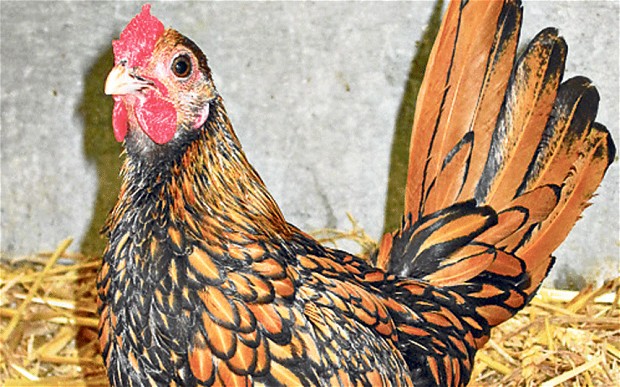 This week’s rescue pet is a bantam cockerel named Wiggins, after our gold-medal-and-Tour-winning cyclist. To find out more, phone Bath Dog and Cats Home on01225 78731

Wiggins and Hoy were a couple of diminutive Bantam roosters that were featured around the time of the London Olympics. They had been handed in to Bath Dog and Cat Home because of their noisy attempts to crow and the fact that because of their small size their previous owners could not show them. The boys were notoriously narcissistic and photogenic: they would pose for hours to have their photo taken. Apparently, this was due to the fact that the previous owners’ children would dress the cockerels up. The boys, now renamed Bertie and Brian, have now found a new bachelor pad in the idyllic setting of Bath, Somerset.  They are tame birds, whose days are now spent mingling with the Camm Family menagerie on a 12 acre wood (complete with chicken coops and duck pond) including several rescued chickens and ducks, a cat, a horse, a couple of rabbits and Jed the dog.

Mrs Camm explains: “These boys are a complete double act, so entertaining and comical to watch. They assumed that being males they could boss the larger female chickens around, but little did they know that ‘size matters’ especially when you’re the new kids on the chicken block. Bertie and Brian soon learned the pecking order and have now taken to chasing the ducks instead. They still haven’t learnt how to crow properly which is highly amusing for such a handsome and photogenic pair.”