Ellie and Dexter are Chihuahuas who were bought online

When Carol decided she was ready to get a family dog, she did some research to find which type would suit her best.  The Chihuahua came out at the top of her list: intelligent and playful, but not in need of long daily walks.

When she went online to find a Chihuahua for sale, Carol kept finding breeders that she felt she could not trust. She eventually bought one from a place that seemed like a family home, but as her pup grew up, he developed odd habits (like sucking a blanket) because he had been taken away from his mother when he was too young. When Carol thoroughly checked out the background of the “family home”, she discovered that there were large kennels close by, producing puppies in bulk from eight different breeds, and passing them off as “family pets”.  Carol then realised that there was a lucrative cash market in pedigree puppies, with puppy farmers exploiting and misleading new owners.

Welfare of pups for sale online

Carol became increasingly concerned about the welfare of other pups for sale, and she began to monitor popular classified advertising websites. When she saw Ellie was up for sale, she could tell from the photo that she was in poor health, so she went ahead and bought her, nursing her back to full health. More recently, she came across Dexter, for sale at just €30, and she felt sorry for him, so she drove to Limerick and bought him. He was only five weeks old – much too young to be taken away from his mother – and he had a swollen belly, with a nasty dose of worms and severe gastroenteritis. She had to take him to the vet, twice weekly for a month, and only then did he eventually turn the corner and start to thrive like a normal puppy. If he had been sold to someone less committed than Carol, he would not have survived.

Carol doesn’t plan to take any more dogs on herself, but she is determined to continue to monitor online advertisements for puppies, to prevent other animals from suffering. She’s not alone: Facebook groups like “Irish Pound Dogs” are also involved in highlighting problem cases.

DoneDeal is Ireland’s best known online classifieds website, with a large selection of animals being sold on it every month. The website is committed to doing everything possible to deter puppy farmers and dealers from advertising. Dog adverts are monitored and anyone who advertises too many breeds or posts ads too often is permanently banned. DoneDeal  encourages website visitors to adopt from an animal welfare organisation as a first choice  rather than buying a puppy, and rescue centres are allowed to advertise animals needing  homes free-of-charge.

Members of the public like Carol are encouraged to report suspicious adverts to the DoneDeal team so that appropriate action can be taken. The website team then helps the ISPCA, An Garda Siochana, Local Authorities and others with information that helps them investigate, if needed. Finally, DoneDeal also donates 50% of the revenues from the dog section to projects for education through their PetAware project, including SpayAware Ireland, National Microchipping Month and several other initiatives.

Carol is continuing to spend her own free time to improve the situation for pups  being sold online. If she sees adverts where people are giving pups for free, she sends an email to the owner, letting them know about the risks of giving dogs away. She tells them about the importance of doing basic home checks, asking the the right questions and taking simple steps to ensure that puppies are going to good homes.

The online market place is a busy one, but through the efforts of people like Carol and responsible websites like Dondeal, it’s a safer place for puppies.

Pete the Vet on the Mooney Show: how to stop dogs getting overheated in sunny weather 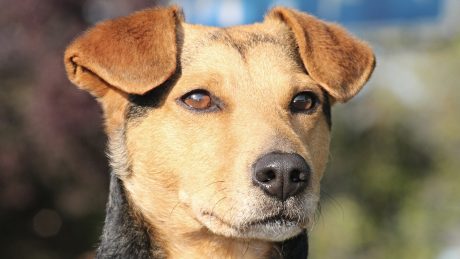