A passion for poultry keeping 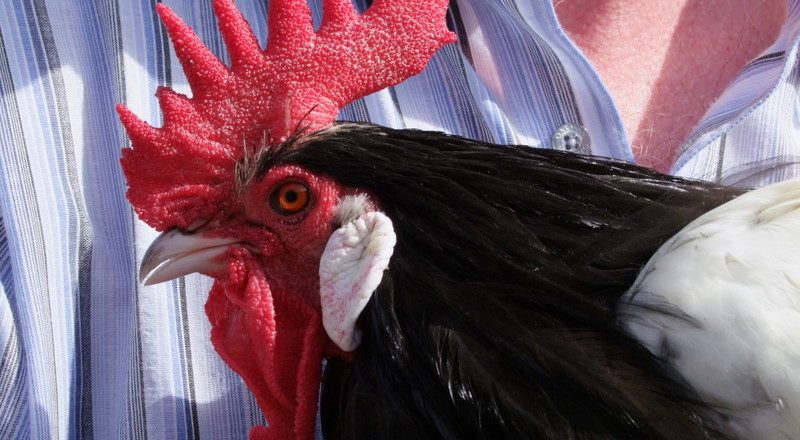 Walter Kelly from Co Wexford is pictured with his Lakenvelder rooster. Walter produces hens and ducks for sale, and at this time of year, he is busy attending shows at the weekend to move on this year’s young stock

Walter has always been fascinated by poultry. As a child living on a farm, the hens caught his attention far more than the larger beasts. And now, as a farmer himself, poultry still feature in his life as a hobby. He has a farm of almost a hundred acres, with suckler cows and sheep as the main business, but breeding poultry is a sideline that he thoroughly enjoys.

Walter originally had “functional poultry”. His hens were egg-laying hybrids. These cross-bred brown feathered birds have been deliberately selected to maximise egg production. They reliably lay an egg every day for two years, but after that, they tend to age prematurely, and many die before the age of three or four. These hybrid laying hens can be a good choice for a suburban garden that is seeking a regular supply of home-produced eggs, but they lack some of the colour and charm of the more exotic breeds of poultry. Walter also kept geese and turkeys, rearing hundreds every year for the Christmas market. After some years, the intensive work load involved with this type of poultry production meant that he lost some of his enthusiasm for the job, and it was then that poultry became more of a hobby for him.

When Walter joined the Irish Society of Poultry Fanciers twenty years ago, his eyes were opened to the astonishing variety of hens that are available. There are literally hundreds of different breeds of chicken, similar to the wide range of dog breeds. Different breeds of hen vary in obvious ways (such as size, feather colour, type and quantity, and place of origin) and in ways that most readers would not imagine possible (such as comb type, skin color, number of toes, earlobe colour, and egg colour).

Poultry enthusiasts take their birds along to shows where they compete with each other for the “best of breed”, in just the same way as dog shows like Crufts. Walter has entered his birds into this type of competition in the past, but nowadays, he enjoys just breeding and selling them.

Walter’s hobby has now evolved into a steady annual routine. He has chosen half a dozen of his favourite breeds of hen, with names such as Yokohama, Old Dutch, Barbud D’angier, Rosecomb and Brahma, as well as the Lakenvelder in the photograph. He also has some water fowl – small white Call Ducks as well as larger American black/green Cayuga ducks.

Walter keeps three of each breed of bird: two females and one male. Each breed group lives in its own run, with a hen house (if they were not kept separate, his carefully chosen breeds would intermix, producing strange and worthless cross-bred birds). He collects the eggs from the hens on a daily basis from January onwards, transferring them to a large incubator. Three weeks later, the eggs hatch, and for the next three months, the young birds are reared together in well bedded sheds under infrared lamps.

As the birds grow older, he gives them more freedom, and in the early summer, his farmyard is busy with the wide range of young birds of different types. From May through till October, Walter takes a selection of this year’s birds to poultry exhibitions and sales around the country. There is a sale every month at Ballykeenan Pet Farm and Aviary, near Carlow, which is the closest outlet to Walter’s home, but he will also travel to other, larger sales. Last weekend he was at the Poultry Fair at Larchill, in Co Kildare. A pair of young breeding birds could sell for €35 or more, and the income provides a useful way of financing his hobby.

The Lakenvelder rooster is a good example of an egg-laying breed of poultry that originated in Germany nearly two hundred years ago. The breed has distinctive markings, with a black and white body, and the rich red comb and wattles of the cockerel create a striking looking bird. Walter is selling his adult Lakenvelders this year, as well as the young ones. He finds that he tends to get enthusiastic about a particular breed for a few years before moving on to another variety. It seems that there are more and more poultry breeds being shown in Ireland every year, and so there is always something new and interesting to dabble in.

Walter has another hobby that keeps him busy – his award-winning ornamental garden that requires ongoing maintenance. He opens it to visitors to raise funds for charities every summer. Walter needs to keep his different hobbies clearly segregated – cattle and sheep do not mix well with fancy poultry, and none of his livestock would be in any way helpful to his gardening ambitions, other than their useful production of fertilizer. Even the fanciest breeds of hen produce plenty of that! 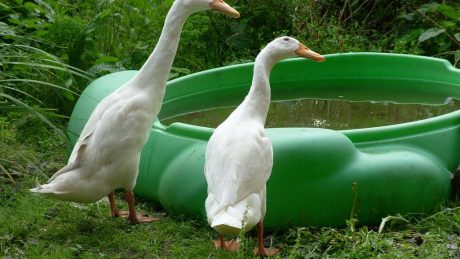 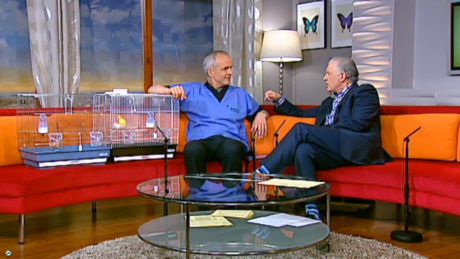 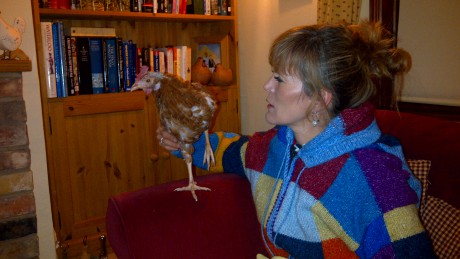 A Little Hen Rescue story… with a happy ending