Home / Articles / Pet Health / Case Studies / A budgie called Jimmy. John was considering getting a friend for Jimmy because he was lonely.

John has an outdoor aviary of canaries and finches, and he came across Jimmy when he was visiting a canary show. He saw him in the cage, liked the look of him, and before he knew it, he’d handed over twenty euro and he was the proud owner of a budgie.

The original plan was to keep Jimmy in the aviary with the smaller birds, but this didn’t work out well. The budgie disrupted the canaries’ breeding routine, jumping into their nests and shredding them with his beak and claws. It was obvious that the bird needed his own living quarters.

Jimmy was moved into a standard budgie cage in John’s living room. He’s a noisy little bird, but John enjoys the chatter. Budgies make excellent pets for older people. They’re easy to keep and they relate well to humans – they chirrup in a friendly way when humans give them attention.

A few weeks ago, John saw a natural history programme about Australian native wildlife. Budgies were featured in their home environment, living in large groups in the wild. When John saw birds, just like Jimmy, flying around from tree to tree in flocks of a hundred or more, he felt bad about his own bird, in a small cage on its own. He came to me to ask what I thought: Jimmy had not got on well with the canaries and finches, but would he do better with a bird of his own type? And what about a bigger cage?

As far as social life is concerned, I agreed that Jimmy would appreciate another budgie as a companion. Budgies have evolved to live in groups, and much of their natural behaviour relates to interaction with other birds. It can work out well keeping a budgie on its own, but only when humans are prepared to give the budgie plenty of one-to-one attention. John explained that Jimmy was left on his own for long stretches of the day, so it did seem as if he’d benefit from having a friend beside him.

Living space was the second issue, and again, I agreed that a bigger cage would be a good idea. A standard budgie cage only allows birds to hop from perch to perch: there’s no flying space at all. John told me that he did let Jimmy out of his cage every day for a fly-around, but the bird was prone to depositing his droppings on the furniture and carpets. If there were two birds, there would be twice the mess, so free-flying wasn’t going to be a good idea. John planned to set up a small indoor aviary, so that Jimmy and his new friend could have room to fly within their own living area.

I explained that a new bird would have to be introduced carefully. He would need to be kept in a separate cage in a separate room for at least a month initially, as a quarantine period in case he was carrying an illness. After this, the new bird would need to be placed in its own cage immediately beside Jimmy’s cage, so that the two birds could get used to the sight, smell and sound of each other. After a few weeks of familiarisation, they could be placed together, ideally in the larger living area of John’s new aviary. If John could do this, both Jimmy and his new companion would be likely to become close friends, and Jimmy would definitely have a better quality of life than his current situation.

John already has his new aviary half-built, and he’s planning to visit another canary show soon, so it looks as if Jimmy’s social life is about to take a turn for the better. 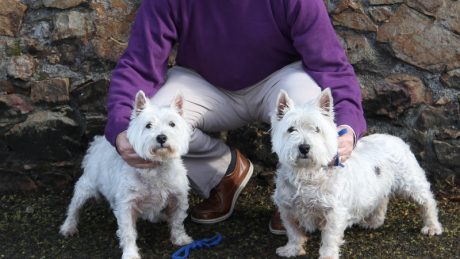 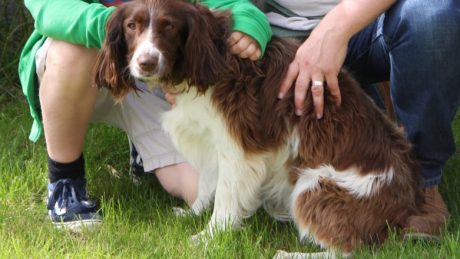