Button had stopped eating and was rubbing at his mouth

Tom and his girlfriend originally had just one rabbit, Bugsy. As Bugsy matured into an adult rabbit, they realised that he was likely to be lonely, so they bought a second pet rabbit, Button, to be his friend. Button is 3 years old.

The two rabbits are now close companions, living together in their hutch on the balcony of Tom’s apartment, with a view of Bray Head. Tom lets the rabbits out to play on the balcony decking all day, and in the evening, they’re allowed inside to mingle with the humans. They are clean animals, using a litter tray, just like cats.

The home has been “rabbit proofed”

Most of the house has been “rabbit proofed”, with all cabling out of reach of their nibbling teeth. Despite this, so far they have managed to chew through Tom’s surround-sound wiring system, and they’ve taken out the home broadband on several occasions. The rabbits aren’t allowed into the bedroom, where there are just too many cables to conceal.

Button usually has a tremendous appetite, so when he stopped eating recently, Tom knew there was something wrong. The rabbit started lifting his paw to the right side of his mouth, so Tom was fairly sure that he had some sort of pain there. He brought him in to see me for a check up.

It’s easy enough to check rabbits’ incisor (front) teeth by just lifting their lips, but the molar (back) teeth are more difficult to inspect. Tom held Button firmly while I gently introduced a type of illuminated speculum first into the left side of his mouth (to check his left back teeth) and then into the right side. This was where I identified the problem – one of his right upper molar teeth had grown a sharp spur which had been digging into the inside of his cheek. The inside of his mouth had an infected cut where it had been scraped. It must have been painful for Button to chew food, so it was easy to see why he had stopped eating.

I took Button in for the day, and once he was anaesthetised, I used a combination of sharp-ended cutters and a metal file to trim off the sharp spur, then smooth away all the sharp edges. By the time I’d finished, his back teeth had normal, rounded edges, with nothing sticking out to press against lining of his mouth.

He was given some pain relief and a short course of antibiotics to help the damaged, infected area to heal, and he went home the same evening. Button was quiet at first, but by the following morning, he had started to nibble at his food normally.

Dental problems like this are common in rabbits. There are many possible causes, including genetics (it’s more common in some types of rabbits than others), diet (Button is on an excellent, high quality rabbit diet, but some cheaper mixes can contribute to poor quality teeth), lack of sunlight (which can cause rabbits to have low Vitamin D levels), and advancing age (at three years, Button is now a mature rabbit).  I’ve recommended that he should have his teeth checked twice a year from now on: it only takes a few moments to examine his teeth, and it’s a far easier problem to treat if it’s caught in the early stages.

There was one advantage of Button having a tooth problem: he had stopped chewing through cables. The day after he’d had his teeth filed, Tom caught Button sidling up to that broadband cable again. The rabbit was obviously feeling much better, and was ready for a new chewing challenge. 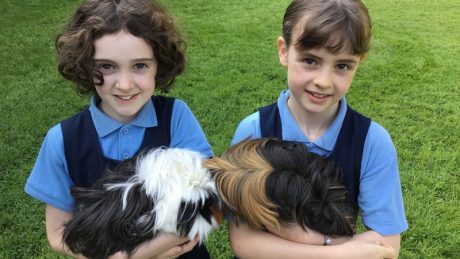 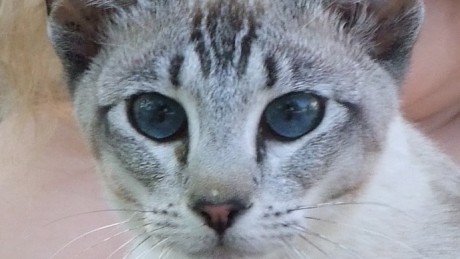 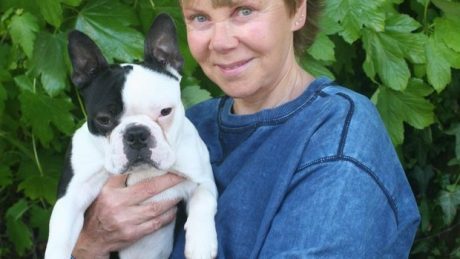