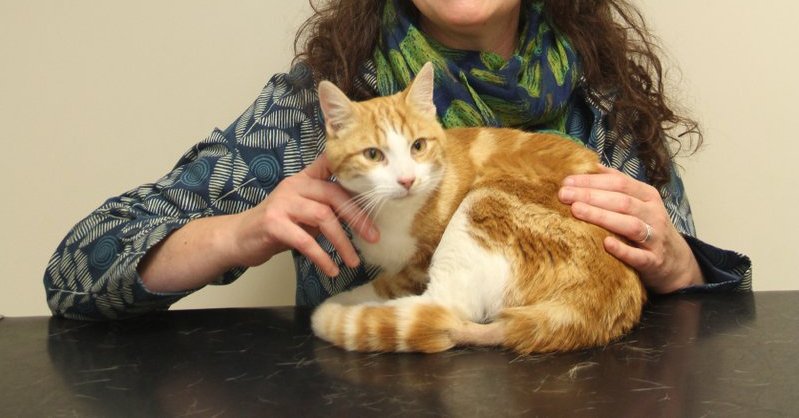 Even though he’s just a young adult, Cinnamon has become a creature of habit, coming and going at regular times of the day, sitting in particular places, and eating his food on schedule. Last Saturday, there were several give away signs that something was amiss.

something was wrong with cinnamon

First, he was late back on Saturday: he’s normally home by nightfall, but it was close to 9pm when he turned up at the front door. He seemed agitated, scuttling around rather than striding purposefully. And most obviously, his tail looked odd: it was limp and motionless, dragging on the ground behind him.  He did eat his dinner, and he used his litter tray to pass urine and faeces, so Anne Marie knew that there was nothing dangerously wrong with him. She kept him indoors on the Sunday to watch him carefully. She noticed he’d lost one of his front claws, and he was quieter than normal. She deduced that he’d probably been involved in some sort of trauma, and when his tail was still as floppy as ever on Monday morning, she brought him in to see me.

There are many causes of the “floppy tail” syndrome in cats. The most serious is the so-called “tail pull” injury which happens if, for any reason, a cat’s tail is jerked hard. This is sometimes done maliciously, but it can also happen if a cat jumps forwards or downwards when their tail is caught in something (such as a fence or a door). When Anne Marie looked this up on the internet, she was shocked to discover that this can have a fatal outcome. When the tail is pulled sharply, there’s often damage to the nerves at the base of the tail. These include the nerves that supply the bladder, so in many cases, as well as having a droopy tail, affected cats are unable to empty their bladder. Sometimes, the damage is only temporary, and within a few weeks, bladder control returns. But in many cases, the bladder is permanently non-functional. After a month of catheterisation at the vet to keep the cat comfortable, euthanasia is often needed in such cases. A cat cannot survive with a bladder that cannot be emptied.

Anne Marie had seen Cinnamon using his litter tray, so she didn’t think he had a bladder problem, but she was still worried. The first thing I did when I saw Cinnamon was to feel his abdomen: if the nerve supply to his bladder was damaged, I’d be able to feel a distended bladder, like a balloon full of water. The good news was that his bladder was empty, which told me that the nerve supply was working normally.

cinnamon was kept in for observation

I was still not sure why his tail was floppy, and it was painful to touch, so I took him in for the day, sedating him and taking x-ray pictures of his lower spine and tail. I could find no sign of damaged or dislocated bones, but I when he was sedated, I was able to have a close look at his sore tail. There were several scabs on the underside, and when I clipped the fur off these, I could see that they were toothmarks. The answer to the mystery had now been found: Cinnamon had been attacked by another cat. An abscess was forming at the site of the bite, temporarily damaging the nerve supply and this is why his tail had gone limp. I gave him a course of pain relief and antibiotics, and asked Anne Marie to bring him back two days later.

When he came back, he was a much happier cat, allowing me to move his tail without complaining. The infection had settled down, and although he was not yet moving his tail properly, it’s still early days. It may take him up to a fortnight to fully resolve.

Ann Marie has noticed that he has become much more nervous than he used to be: this is a common consequence of being attacked by another cat. In time, he will regain his confidence, but for a few weeks, he’ll be skulking around, continually watching out for the return of the mean cat bully who bit him on the rear end. It’s a tough world out there for young adult males like Cinnamon. 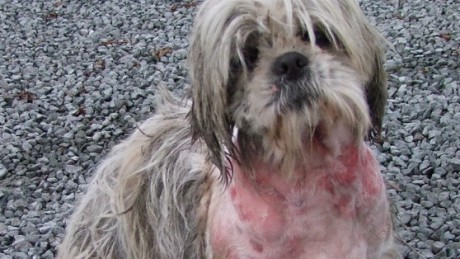 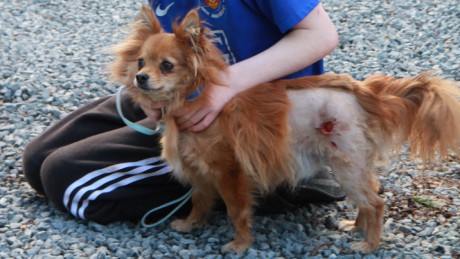 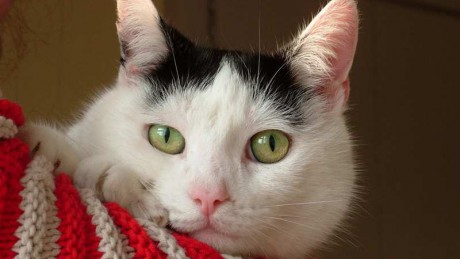