Home / Articles / Pet Health / Case Studies / Coco, a 12 week old female Poodle puppy had to be collected from a breeder in England 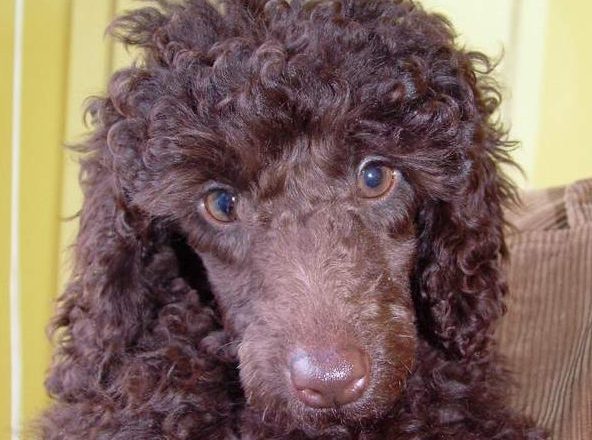 Poodles are exceptionally popular pets in some countries. In France, people are as likely to be carrying a poodle under their arm as a stick of French bread. Poodles can be seen eating in restaurants, visiting hairdressers and going virtually anywhere that their owner goes. In Ireland, poodles are a rare enough breed, and it can be difficult to find the right type of poodle puppy when you want one.

The Poodle breed is available in three sizes. To the lay person, these sizes could be called “small, medium and large”, but in the poodle fraternity, they are classified as “Toy” (less than ten inches at the shoulder), “Miniature” (less than fifteen inches) and “Standard” (over fifteen inches).  Each size of poodles is available in a range of colours, including blue, grey, silver, brown, cafe-au-lait, apricot and cream. They almost sound like scrumptious varieties of chocolate.

The local family knew exactly what sort of dog they wanted: a female brown Miniature Poodle. They were unable to locate a puppy of this type in Ireland, but eventually they tracked one down near Manchester, in England. The puppy sounded perfect, but the only problem was how to bring her home. They decided that the only realistic option was to drive over to Manchester to pick up the puppy directly.

They bought a large wire cage that could fold flat, but when erected, fitted snugly into the rear of her estate car. They bought a plastic bed, and soft bedding and they even purchased special non-spill water and food bowls for the puppy to eat and drink in transit. But they were still worried. The puppy would never have been away from its mother and its home environment. How would it cope with a ten hour journey in a car? It would be a highly stressful time for the poor creature.

They came to me to ask for advice before they left. What else could they do? Would sedatives help? I explained that sedatives are not always the best answer. To travel in comfort, animals need to have their wits about them. They need to be able to react if there is a sudden jerky movement of the vehicle, such the car braking. Many vets now recommend that sedation should be avoided during journeys, unless an animal becomes hysterically upset. “But we need to help the puppy relax in some way.” the family told me. “ It will just be so frightening for him”.

I suggested an alternative answer: a product known as Dog Appeasement Pheromone, sold as Adaptil.  This is a man-made scent, which is completely odourless to humans, but which carries a strong message for animals. It is a synthetic copy of a natural scent known as an “appeasing pheromone”. This is produced by lactating females from their mammary gland area, when they are being suckled by their young. The natural function of this scent is to comfort the offspring. The pheromones calm puppies at the earliest stage of their lives. Researchers have found that the scent continues to have a calming effect throughout a dog’s life. It seems to provide reassurance at times of stress, particularly in unknown environments and when encountering novel experiences.

Adaptil is available in a formulation similar to human perfume, in a ceramic jar with a spray top. Owners are encouraged to spray the pheromone around the dog in any environment that may be stressful to the animal. It’s also available impregnated into a special collar, which lasts for around a month.

The puppy owners-to-be took a bottle of Adaptil, and headed off to Manchester. The puppy, soon christened Coco, seemed calm and quiet, but they still worried about how he would be in the car. They sprayed the Adaptil everywhere inside the car: in the basket, on the bedding, around the cage, and even on the car upholstery. They then put Coco in his basket, with a small chew toy. Little Coco looked small and wide-eyed as they drove away from the only world the puppy had ever known. But she soon settled down in her bed, enjoying her chew-toy, and then quietly falling asleep. They stopped several times to allow her out for a walk during the journey, and each time, she happily jumped back into her basket. She did not seem stressed at all.

They gave the puppy’s bed another spray with Adaptil when they finally reached home. Coco has continued to sleep in her basket inside the wire cage – she now sees it as her own territory, and it is kept in the utility room in the family home.

Two weeks on, Coco seems as well balanced a puppy as any. The journey from Manchester caused no problems at all. Was it due to the Adaptil or would she have been OK anyway? Coco’s new owners are certainly convinced Adaptil believers, and so, it would appear, is Coco. 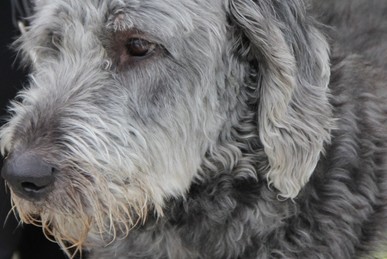 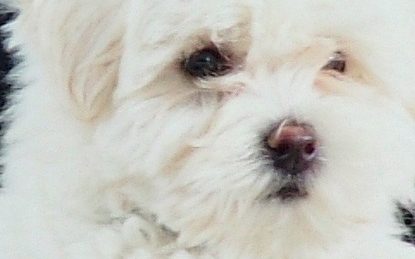 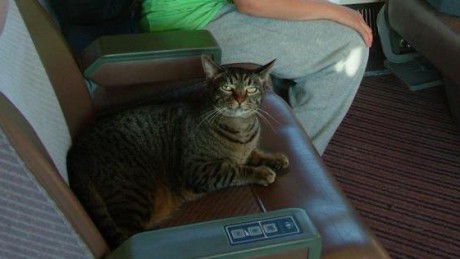