The Irish breed-specific legislation is now internationally recognised as being outdated, unfair, unnecessary and ineffective. Even before the law was brought in, back in 1996, Irish law insisted that all dog owners had to have their dogs under “effectual control” in public.

It is difficult to see why extra controls are needed: the fact that they rarely seem to be enforced supports my own belief that they were a political over-reaction to highly publicised rare cases of serious dog attacks in public places that had been in the media in the months prior to the introduction of the new laws. Other countries – like Scotland – have dog control laws based on “deed not breed” i.e. dogs with a track record of causing problems are placed under tighter controls. This is a more logical and effective approach than the current Irish breed-linked regulations.

Pete spoke about this issue with Pat Kenny at Newstalk this week, and also on Ireland FM on TV3.

A scientific paper, published in 2008, analysed the background to 234 dog bite incidents in Ireland. Interviews were conducted with people bitten by dogs, and with the owners of the dogs, trying to pinpoint the precise details of each episode. A biting incident was defined as when “a visible mark was left on the victim’s skin”: this obviously included many minor bites that did not require professional medical treatment. The paper noted some significant findings about dog bites that are worth remembering.

Children are more likely to be bitten

The study showed that children were three to five times more likely to be bitten by a dog than adults. There are many reasons for this. Children are smaller, so dogs may see them as weaker adversaries. Children are also less informed, and less responsible, compared to adults, and they are more likely to interact in inappropriate ways with dogs. Adults know there are some things that you just don’t do (e.g. putting your face close to a dog that is eating its dinner), and adults also recognise the warning signs that a dog may be about to bite (such as growling or snarling).

The main messages from this finding are that adults have a responsibility to ensure that children are taught about dog behaviour from an early age, and young children should never be left unsupervised with dogs. There are some excellent online lessons designed to teach children how to interact with dogs (e.g. the UK Kennel Clubs “Safe and Sound” programme). All parents should ensure that their children visit these educational websites. The decision, last year, by Educate Together national schools to include animal welfare and behaviour on their curriculum is another helpful step forwards.

The study showed that the two dog types that were most commonly involved in bite incidents (Collies and terriers) also happened to be the two most popular breed types.

While some breeds of dogs were more commonly reported in biting incidents, these did not fit with commonly held beliefs(e.g. Papillons and Pekingese were in the top ten breeds, while the Staffordshire Bull Terrier was one of the least likely breeds to bite). This aspect of the study confirmed that it’s wrong to focus on dog breed when considering how to prevent dog bites.

The study found a strong relationship between encroaching on a dog’s territory and bite incidents. In nearly every case, the person bitten was doing something active, such as entering the dog’s property, playing with the dog or trying to catch the dog.

In only 2.2% of cases, the victim was not doing anything connected with the dog.

This stresses the point that human actions are almost always significant in dog bite incidents: if humans can be taught to behave differently, many dog bites can be prevented.

Education is the answer

The main conclusion of the scientific paper was that education of the public, especially children, could prevent a significant proportion of dog bites.

The answer to the dog bite problem is education. If we all learned more about dogs, we’d be far less likely to be bitten.

The Control of Dogs Regulations 1998 imposes additional restrictions in relation to the following breeds, strains or crosses of dog in Ireland:

These dogs, including strains or crosses of them, are subject to the following restrictions when in a public place:

Watch Pete on Ireland AM 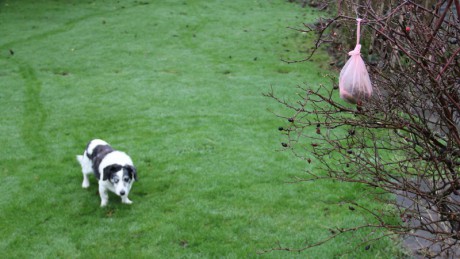 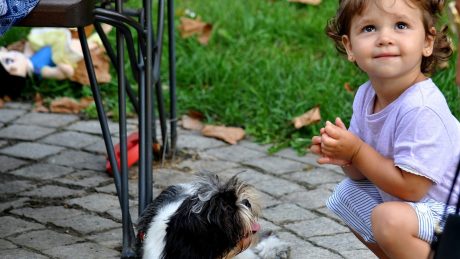 Pete highlights the importance of microchipping your pet | TV3