This week’s Pat Kenny Show vet spot started with an interesting fact about the way dogs defaecate: you’ll have to listen to the podcast by clicking on the play button below to discover what that was!

We then discussed useful toys for pets, and took the usual wide range of questions from listeners.

The classic Kong is made from tough red natural rubber compound – perfect for dogs that like to chew – and the odd conical shape creates a satisfyingly unpredictable bounce. The hollow centre of the Kong isdesigned to be stuffed with treats, either using the custom-made Kong products, or creating your own home-made mix. If a Kong is deep-frozen, it’ll take your dog even longer to extract every last morsel oftastiness by chewing the Kong. Other dog toys made by Kong include the Kong Wobbler (stuff it with dry food and by knocking it around, dogs release dry kibbles one by one) and the Kong Safestix (a rubber stick that’s safe to throw for dogs).

These are like board games for dogs – they are puzzles to solve, with treats hidden in compartments that dogs can release by nudging with their nose or by lifting a flap. The range includes dog casino, dog worker and many others

This is the newest and most exciting range of interactive dog toys (pictured at the top of this post), set up by a young Irishman who has a background in industrial product design. When James McIlvenna got a Labrador puppy after getting married, the dog (Sandy) caused mayhem by chewing everything (including his wedding album). As a designer, James was disappointed in the current offerings on the market, so he set about creating his own dog toys, or as he calls them,”engineered canine entertainment”. A year ago, James was granted funding with Enterprise Ireland, and since then he’s been busy developing a commercial version of his designs.

The dog toys are made from a soft but tough plastic, tested to the same safety standards as children’s toys. Theyare chew-resistant, they float on water, and they are full of grooves, crevices and holes so that they can be stuffed with tasty food treats. They come in a range of shapes and sizes – balls, cones, sticks –  that can be used as toys on their own, or they can be clipped together, like Lego, into larger shapes that dogs can enjoy pulling apart. James is using Ireland as a test market, with the toys available from over twenty pet shops nationwide. He’s also selling them via his website, reaching the UK and USA, and as he expands the range of toys, he hopes to get them into pet shops internationally as well. Toys cost from around €10 up for a pair, with free postage and packing for orders over €29. The toys are also available at over 25 pet shops around the country. I am convinced that these are going to become a major export for Ireland – really top class products.

Compared to dogs, cats get rapidly bored by toys, so it’s good to have two or three different ones, and to change them after five minutes or so.

By pressing the face of the toy, a red beam of light is activated which appears as a small red dot which your cat will love to chase. By moving the dot around, you will have your cat leaping, stalking andchasing the laser dot. An excellent way to help overweight cats to trim down. End each game by shining the dot on a soft toy that the cat can pounce on, to avoid a sense of frustration.

2) Wands with feathers on strings

The feathers at the end of the nylon string flutter when moved, mimicking the action of a real bird in flight.

This week’s questions from listeners

For the answers to these questions, listen to the podcast below. 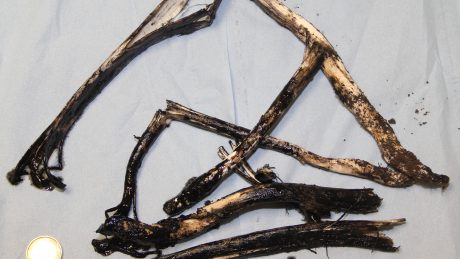 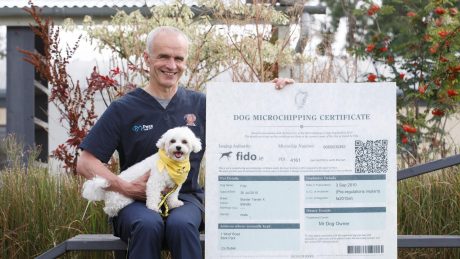 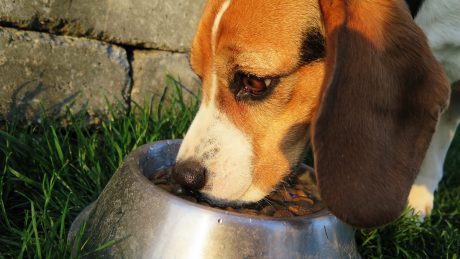 We would like to introduce you to Marshall the very handsome Bengal x born January 2015.