To listen to the podcast, click on the link at the foot of this page.

Just when you thought parasites of pets could not get more “icky”, a new variation on the theme has become increasingly common, invading the UK and possibly Ireland from continental Europe. The “eye worm” can infect dogs and cats, and can even be passed on to humans. The worm causes direct irritation to the eye by its presence in the conjunctival sac, inside the eyelids. It causes an irritation in the same way as a piece of thread or a speck of hay would irritate the eye, and the immediate treatment is simple: removing the worm with a pair of tweezers.

The worm (Thelazia callipaeda) was originally a parasite that was common in East Asian countries (e.g., China, Thailand, Japan and many others), leading to its original name as the “oriental eye-worm”. However, due to its recent spread to European countries, this common name of is no longer appropriate, and “eye worm” is probably a better term to use.
Since the first diagnosis of eyeworm infection in dogs from northern Italy in 1989, the parasite has been increasingly reported in many European countries including Italy, Belgium, France, Greece, Portugal, Spain, and Switzerland, as well as eastern European countries. Three have been reported in the UK to date, but many more are suspected. It has not been seen in Ireland yet but it is likely that it is just a matter of time.
In Europe, T. callipaeda has been documented in domestic animals (dogs and cats) and wildlife (e.g., foxes, hares, rabbits) and cases of human thelaziosis have been reported in Italy, Spain,, Croatia, and, Serbia. In these countries the infection is well established in local animal populations. The increased number of eyeworm infections in both animals and humans is linked to the presence of the fruit flies that act as the intermediate host in Europe while feeding on lachrymal (tear) secretions of infected animals. These flies are seen in UK and Ireland as well as in Europe.
Both adult and larval stages of the eyeworm are responsible for symptoms ranging from mild (e.g., lacrimation, ocular discharge, epiphora) to severe (e.g., conjunctivitis, keratitis and, corneal opacity or ulcers). The degree of severity of symptoms relates to the load of parasites inhabiting the orbital cavity and the speed with which treatment is given. Worms (adult and larvae) may be removed mechanically by rinsing the conjunctival sac with saline solutions (much as you might do to remove dust and grime from a sore eye). Adults can be seen with the naked eye, and can be removed with fine forceps or swabs.
Successful treatment of eyeworm infection in animals involves the administration of anti-parasitic drugs, which can be given as tablets or spot-on medications. The products that are currently used by vets in Ireland to treat fleas and worms are highly effective against eyeworm

After being deposited in the tears of the new host, the larvae take 3-6 weeks to reach maturity.

To find out the answers to the above questions, click on the podcast below. 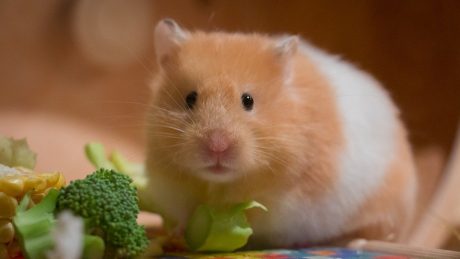 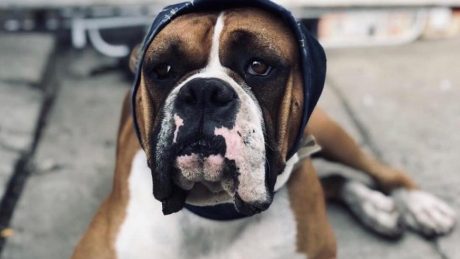 Caring for Pets’ Ears After Injuries