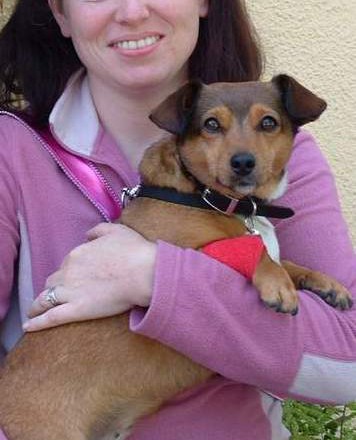 When Lady first brought up her dinner, Lesley-Ann was not too worried. Dogs are much quicker to be sick compared to humans, and there are many minor causes. Sometimes it can be as simple as eating dinner in too much of a hurry. If a dog vomits once only, there is no need to take any particular action, and most dogs make a rapid recovery without any treatment.

But when Lady vomited again an hour later, and then passed some diarrhoea, Lesley-Ann began to be a little more concerned. The next sign of illness was worse again – Lady produced dark red, bloody diarrhoea. It was definitely time to visit the vet.

When I examined Lady, there was not too much wrong with her apart from her upset digestive system. She was in good form generally, with bright eyes and an alert expression. She had a particularly severe form of “runny tummy”, known as “haemorrhagic gastro-enteritis”(HGE), which has many possible causes, from viral or bacterial infections to allergic reactions. I gave her a simple, standard treatment, and she made a rapid, full recovery over the following twenty four hours.

Two months after this unpleasant episode, Lady vomited again. Lesley-Ann watched her very carefully from the start of the problem. Was this going to be a repeat of the last time? Predictably, the sequence of events turned out to be identical. A few hours later, Lady was back at the vets after further vomiting and the same nasty bloody diarrhoea. This time she was more severely affected, and she was a dull, quiet animal. A blood test confirmed that the upset stomach had caused severe dehydration, and she needed intra-venous fluids to assist her recovery.  Fortunately, she responded well to treatment, and when she came back to see me for a check up two days later, she was back to her normal lively self. But what was going on? Surely it wasn’t normal for a dog to have repeated digestive upsets like this?

When Lady had come in the second time, a raft of blood tests had been carried out to try to pinpoint the cause. These tests had measured chemicals and enzymes in her blood,  and they had demonstrated that her basic metabolism was in perfect working order. Her liver, kidney, pancreas and other internal organs showed no sign of any disease. So what could be causing the problem?

I went over the precise sequence of events that had led up to Lady’s illness on each occasion. Often, it is impossible to find the cause of such upsets. Although non-specific viruses and allergies are blamed, it is common to be unsure about exactly what has been going on. In Lady’s case, when we discussed her activities prior to her problem, a pattern began to emerge.

Lady normally lives a predictable lifestyle, spending most of her time in Lesley-Ann’s house, or in her small back garden. When she goes for walks, she normally stays on the lead, or directly under Lesley-Ann’s supervision when she is off the lead. However, in the twenty-four hours prior to each episode of illness, she had done something out of her normal routine. She had visited Lesley-Ann’s parents-in-law’s house. They had a large garden, and Lady had been allowed to wander around it by herself. She is a curious dog, but the garden was well fenced-in, so Lesley-Ann had not worried unduly when she had disappeared by herself for fifteen minutes. Lady seemed perfectly normal afterwards, and so nobody had suspected that anything unusual could have happened. On each occasion, the vomiting had started a full twenty-four hours after the visit to the garden. This was long enough to stop anyone being immediately suspicious of a connection between the garden and the illness, but with hindsight, the cause of the problem now seemed obvious: Lady must have eaten some type of mildly poisonous plant.

Dogs tend to go by the principle of “eat now, vomit later if necessary”. They explore the world with their mouths, and they have a very effective regurgitation reflex. If they eat something that disagrees with them, their stomach is very quick to reject it. Most plants are very benign, and if dogs eat them, there are no serious adverse consequences other than a quick regurgitation. Many dog owners have seen their own pets chewing grass, then vomiting soon after. However, a number of plants have more profound toxic effects.

If you read a list of poisonous plants, it seems remarkable that dogs are not poisoned more frequently. Ivy, yew, daffodils, gladiolas, Morning Glory, Foxglove, lilies and poinsettia are just some of the plants that contain toxic chemicals. There are dozens more that are commonly found in gardens that are also potentially poisonous. Luckily, it is very rare for dogs to eat enough of these plants to cause life-threatening illness. The most common consequence is precisely the problem suffered by Lady: severe gastroenteritis. In nearly all cases, no special treatment is needed. The poisonous plant material is soon ejected from the body, and as long as affected dogs receive the correct treatment for gastroenteritis, they make a full recovery.

The most important thing is to identify the fact that a poisonous plant has been eaten, so that the problem can be avoided in future. In Lady’s case, the answer is simple: she will be having no more unsupervised wanders around the parents-in-law’s garden 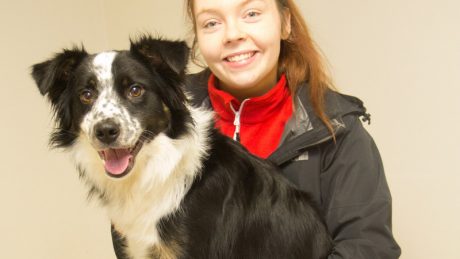 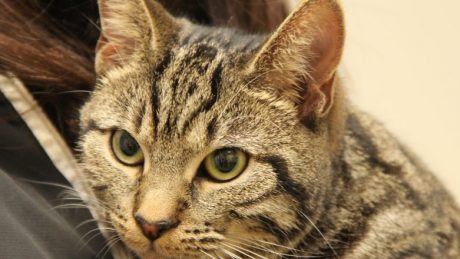 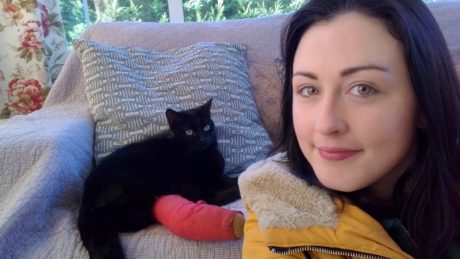