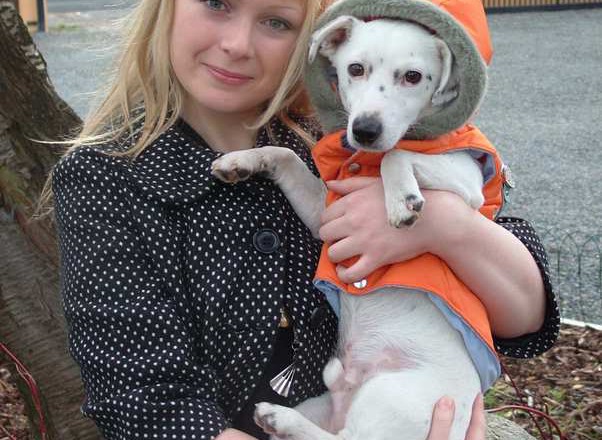 In the same way as many human psychological problems can be traced to childhood experiences, behavioural problems in dogs can often be linked with incidents that happen early in life to puppies.

Lemar has a very tough start to his life. He was one of a litter of four newly born pups that were found with their mother in a rubbish tip. He was rescued and taken to ASH animal sanctuary (you can visit their website at www.ashanimalrescue.com). The busy animal rescue centre was not the best place for the young puppies, and so they were fostered out to Claire in her own home until they were old enough to go to new homes. Claire soon fell for young Lemar and in the end, she decided to keep him as a pet dog herself.

Most behavioural problems in dogs, as in humans, are a combination of “nature” and “nurture”. Lemar’s nature is to be a sensitive, over-anxious type of animal, and it is likely that he inherited this from his mother or father. He was a reactive little puppy from the start, sensitive to his surroundings, and jumping nervously if there was a loud noise. He was always the “yappy” type, barking rapidly in his high pitched voice if he encountered anything out of the ordinary.

Claire’s house was a busy place when Lemar was a puppy. Claire was very active in the animal rescue arena, helping to foster and rehome unwanted dogs. When Lemar was young, there were eleven dogs around him, with a wide range of sizes and temperaments. A different pup, with a calm, placid nature, would have accepted this busy-ness without blinking an eye, but Lemar looked around him with anxiety. He felt anything but secure. There were occasional fights between the older dogs, and these would have been terrifying experiences for him. One big dog was attacking another big dog. Would it be him next? Lemar stopped trusting dogs that he had not met before. If he ever met a new dog, he would back off, yapping angrily to try to scare the other dog off.

Claire initially hoped he would grow out of it, calming down as he matured. She tried to protect him by avoiding contact with other dogs, but as a result, Lemar never had a chance to learn that other dogs could be calm, social creatures. Instead, he continued to see them as terrifying beasts to be chased off if they ever came close to him. When it was obvious that Lemar was not settling down, Claire approached the dog trainers at Dog Training Ireland for professional help with the problem ( www.dogtrainingireland.ie).

Lemar was enrolled in the “Difficult Dogs” programme, involving four weekly classes designed to help him overcome his nervousness. Initially, he went into a room with other dogs, but he was allowed to stay behind a screen. He could hear and smell the other animals, but he could not see them. He gradually became used to their presence without getting worked up and defensive. He was rewarded for his good behaviour with food treats, and this encouraged him to remain calm and quiet. Over the four week period, the screen was removed, and he was encouraged to get closer to the other animals. By the end of the sessions, Lemar was in the middle of the room, surrounded by other dogs, calmly ignoring them as he continued to accept treats.

Lemar now goes for walks with Claire, and she takes treats with her so that if there are other dogs around, she can reward him for remaining calm and relaxed. The next step will be to get him to interact with other dogs in a normal, playful way, and Claire plans to do this gradually, over the coming months.

Claire runs an on-line  pet clothing business (www.mollys.ie) and some time ago, she discovered that Lemar enjoyed wearing a “hoodie”. She found that when he was wearing it, he was calmer, and less “yappy”. Perhaps the sense of being able to hide behind the hood is reassuring in some way. If he is in a threatening situation, she finds that he immediately relaxes when he is allowed to wear his coat.  And you have to admit, the doggy-teenager outfit looks well on him. 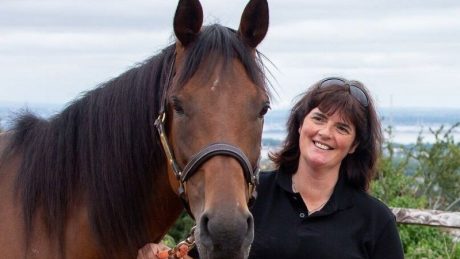 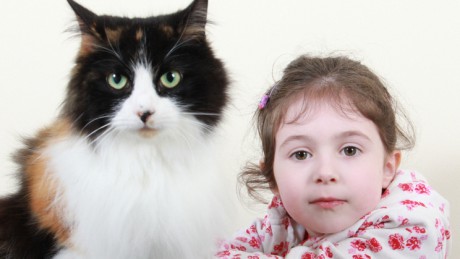 Maggie, a three year old cat who had something sticking out of her paw. 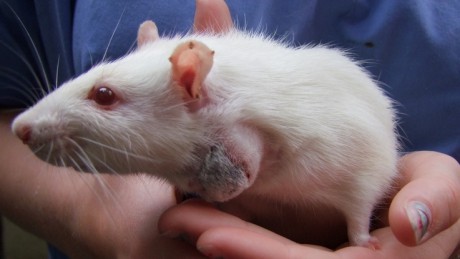 Thumper, a 6 month old rat who had a large lump on his neck.