Loki is a cross bred puppy 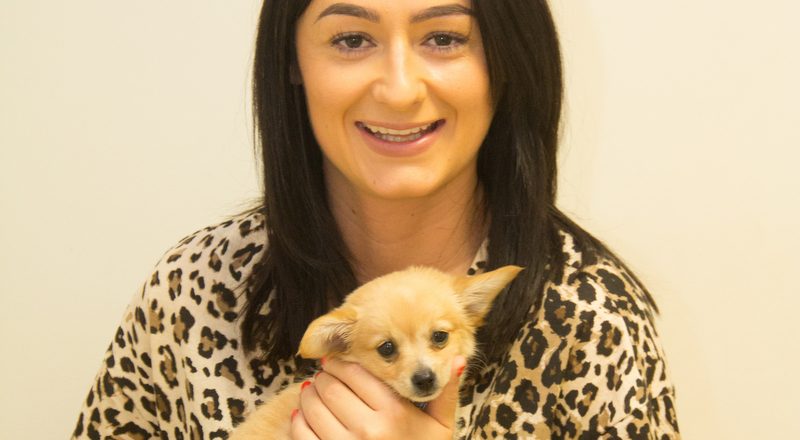 Abigail lives at home with her parents, along with their family dog, an eight year old Springer Spaniel called Daisy.
Abigail didn’t actively set out to have her own dog right now, but Loki came into her life in a roundabout way that she found impossible to resist.
A friend of her father had a female Jack Russell, and when she came into season, a Pomeranian male dog belonging to a neighbour somehow managed to get together with her. This accidental mating led to a pregnancy, and in June, five puppies were born. They were cross-bred Pomeranian-Jack Russells, and in the past, they would have just been called “cross-breds”, or even “mongrels”. However in 2018, this isn’t the first time that the two breeds have been crossed. Some people have given the cross-breed a “designer dog title”: a “Jackaranian”.  As far as Abigail is concerned, they are simply cute puppies: she has no interest in fancy names for her new pet.
The puppies provide a good example of why there is no need for people to spend hundreds of euro on the purchase of specially bred dogs, whether purebred pedigree or so-called “designer breeds”. These pups were “free to a good home”, and they will make as good pets as any other puppy, regardless of price. And because people – like Abigail – are able to meet both the mother and father of the pups, they can be reassured that the easy-going, good-natured friendliness of the parents will be likely to be passed on to the young ones.
Ideally, the parents of such cross-bred dogs should undergo health checks before breeding, just like pedigree dogs, but the reality is that often such breed pairings are accidents. As long as the parent dogs are healthy, free of the inherited diseases that can afflict some pedigree breeds of dog, then there is a good chance that the pups will also be healthy. In fact, there is a phenomenon called “hybrid vigour”, which is a broad rule that cross-bred animals on average may be healthier than pure-bred animals, because of the mixing of the genes of both parents from different gene pools.
Many pedigree breeds of dog have specific diseases which are more common in their particular breed (for example, Jack Russells are prone to certain eye problems, and Pomeranians are more likely to suffer from a condition called a “collapsing windpipe”). Cross-bred dogs, typically, are less likely to suffer from these breed problems than pure bred dogs.
This is not an absolute rule, and arguably, a cross bred pup could grow up to inherit problems from both the mother and the father, with worse health than either of them. But on average, this is not likely to be the case. Pet insurance for cross bred dogs is significantly cheaper than it is for pedigree dogs: this in itself provides logical support for the argument that cross breds are likely to be generally healthier individuals than pure bred pedigree dogs.

a puppy was brought home

Abigail’s father was the first to see the pups, when he was visiting his friend. They were still looking for homes, and he liked them so much that he brought two of them home, just to show them to his family. He simply wanted his wife and children to enjoy seeing them too. The pups were just eight weeks old at that stage, and they were so adorable that both Abigail and her brother fell for them immediately. They decided to take one male pup each. Her brother lives in his own house, so he took his new pup home with him, but because Abigail lives at home, her new puppy, soon named Loki, became a new house-mate for Daisy.
Loki settled in to the house well, soon getting into an established routine. He sleeps in the kitchen, and he was house trained almost immediately. During the daytime, he lets people know when he wants to go outside by going to the back door, and whining. At night time, he uses a puppy pad that Abigail has placed by the back door. Daisy sleeps upstairs, so the two animals only meet during the daytime.
So far, Daisy has been wary about the new arrival: she has never encountered such a tiny dog before. He only weighs one kilogram, while she is 20kg. That’s the equivalent of an 80kg person meeting a 4kg human: about the size of a human baby, but with the ability to run around rapidly. It’s no wonder that Daisy seemed unnerved at first.
Loki was also wary about Daisy, having never seen such a big dog before (her mother is around half as big as Daisy). As a result, Loki wasn’t sure how to behave: he ran around excitedly, rushing up to her, then rushing away again, barking loudly in his high pitched puppy voice.  Daisy initially reacted by growling when Loki got too close to her. Abigail keeps a close eye on their interactions: the puppy was so small that one snap from Daisy could be enough to cause a serious injury.
As is usually the case, the relationship between the older and younger dog is gradually settling down. Daisy is more relaxed about the pup, and he has been barking less at her. Animals are generally good at getting on with each other: sustained conflict does not work well for either creature in a situation like this.
Everyone is hoping that Daisy and Loki will soon become good friends: only time will tell! 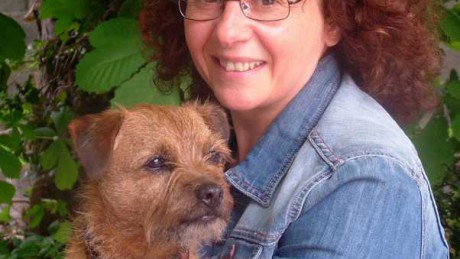 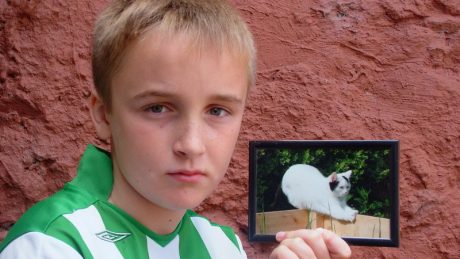 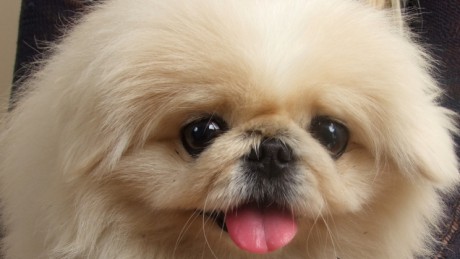