Home / Articles / Pet Health / Case Studies / Mayday, a two year old male Wicklow Collie who suffered severe injuries to his left hind leg in a road accident and had to have it amputated. 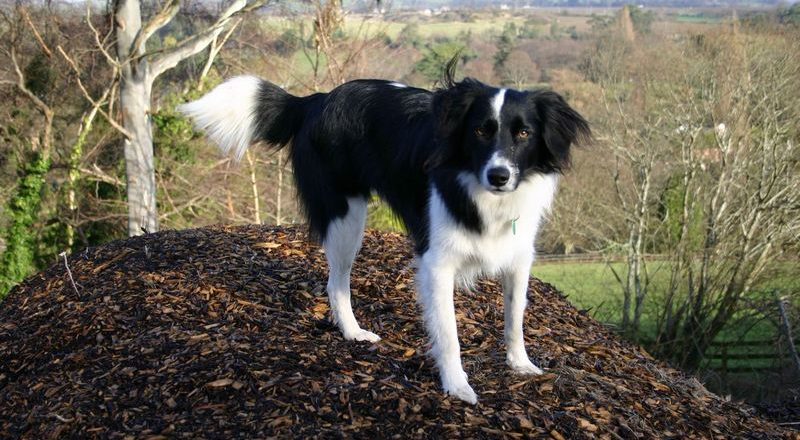 Most owners are understandably horrified at the prospect of a limb being amputated from their pet. Animals thrive on their independence. In human minds, the loss of a limb can represent such a large hurdle that it can seem unfair to inflict it on an animal who is unable to understand what is happening. In fact, their lack of knowledge works to the benefit of pets in this type of situation. A three-legged stool is as stable as a four-legged chair, and animals manage remarkably well with one leg less than normal. They do not understand that they are “meant” to have a problem. They just get up and go, enjoying life in whatever way is possible to them. The fact that they only have three legs is not something that even seems to register in their consciousness.

Mayday had always been a “larger than life” animal. He earned his own name as a puppy. He had been left alone in the house, and when Miriam returned, there was chaos, with a mad puppy dashing all over the place. Ham is an airline pilot, and when Miriam was reporting back on the state of their home, she could only think of one word to describe it: “Mayday”, the international distress call.

Mayday developed into a lively, active young dog. Ham is a keen runner, taking part in half-marathons and hill runs, and Mayday used to accompany him on his training runs. The two of them went running for over an hour, three or four times a week, and Mayday just thrived on it.

Then the accident happened. Just over a year ago, the Gouldings went on holiday, and Mayday was looked after by their close family. He became restless in their absence, perhaps missing his long runs over the hills, and one morning, he escaped from the garden of his carers.  He didn’t come back. By the time the Gouldings returned, Mayday had been gone for three days.

An intensive search campaign was put into place, with posters in shop windows and door to door enquiries, but there was no sign of the missing dog. Then he somehow dragged himself from rough woodland, and collapsed at the bottom of somebody’s back garden. A little girl found him, and recognised him from the posters. He was wearing a collar and tag, and so she was able to telephone the Gouldings at once.

Mayday had been involved in a serious road accident, and it was amazing that he had survived at all. He was rushed down to our veterinary clinic for emergency treatment, and soon he was being nursed in a warm kennel, with a drip in his leg and pain relief flooding into his circulation. His main injuries were to his left hind leg, which looked as if it had been through a mincer. There were multiple fractures, muscle and skin was missing, and the area was badly infected. The damaged leg was beyond repair, and we were worried that Mayday might not survive at all. The decision was made to amputate the leg, in a quick, clean act of surgery.

Mayday made a steady recovery, and he went home two days later. When the sutures were removed the following week, he was still shaky and subdued, but he was improving day by day. He was already up and about on three legs, and it was time to start him back onto mild exercise. He made rapid progress, gradually increasing the length and frequency of his walks. He adjusted his walking posture to cope without his left hind leg, and if you looked at him from behind, you would notice that he moved his right hind leg into the middle of his body. He placed his three feet like a triangle, with his front feet making up the base, and the single hind foot as the apex. He gradually regained his former confidence, and within two months, he had recovered his normal balance, strength and personality.

It is now over a year since the accident. Mayday now is back in full training with his owner’s hill running programme. He can easily run for over an hour, and he covers up to 40km in the Wicklow hills every week when the weather makes it possible. He even jumps up into the back of the family Toyota RAV. When you see Mayday running across a hillside, it is very difficult to believe that the lithe, athletic creature has one leg missing. In almost every way, he behaves exactly like a very fit four-legged dog. 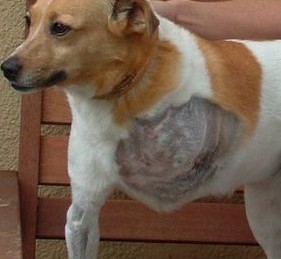 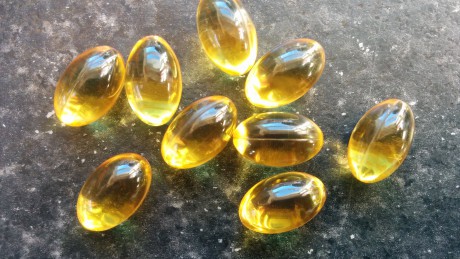 Fat and oil supplements for pets: what do pet owners need to know? | Wikivet 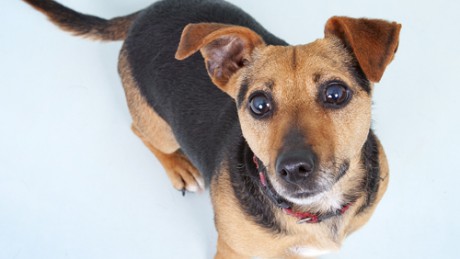