Home / Articles / Pet Health / Case Studies / Mia, an eight year old Irish Wolfhound who had a lump on her underside. 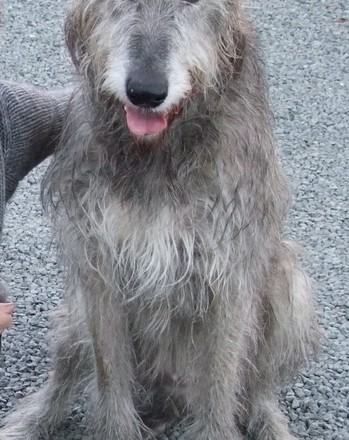 Irish Wolfhounds are magnificent creatures: gentle giants of the dog world. Sadly, like many large breeds of dogs, they have a relatively short life span, with many of the breed reaching the end of their lives by seven to ten years of age. Mia is eight and a half years old, which makes her the equivalent of a fourteen year old terrier-type.

Almost a year ago, she developed a small, pea sized nodule on her underside. Miriam checked it out carefully, and was not too worried. She knew that older dogs develop occasional lumps and bumps, and as long as it remained at that tiny size, she didn’t feel that there was a need to do anything about it. For the following nine months, the small  nodule remained unchanged.

When Mia came into season in early January, the lump suddenly began to grow. Within a few weeks, it had reached the size of a small plum, and Miriam knew that action had to be taken. She brought Mia in to see me. When I checked her, I found that there was more going on than just the plum sized lump: there were several new pea sized bumps close by. Mia was a classic example of the most common tumour to affect female dogs: mammary cancer, the equivalent of human breast cancer. The surge in female hormones during her season had stimulated the rapid growth of the cancer.

Dog have ten mammary glands: a strip of five on each side, running from the level of their forelegs right back to their groin. The normal mammary tissue should be soft and spongy: a hard, frozen-pea-like nodule in this area is often the first sign of mammary cancer. Many vets feel that any such lumps should be removed as soon as possible, just in case they’re the first sign of a problem that can go on to become very serious. Of course, not every case is a clear-cut, simple decision. In an older dog, where a small lump is static and unchanging, it can be tempting to take a more passive approach.

Around half of mammary tumours are benign, remaining remain static and harmless for years. The other half of mammary tumours are malignant, carrying the risk of growing in size, spreading locally, and even spreading to elsewhere in the body, including the liver and lungs. The challenge is to determine which small lumps are benign, and which are malignant.  It’s impossible to tell without taking a biopsy, although when a lump changes its behaviour, growing rapidly, there’s a strong likelihood of malignancy. In Mia’s case, a biopsy was not needed: it was obvious from the sudden increase in size of the lump that it could not be left alone any longer.

Mammary cancer is strongly linked to the presence of female hormones: if a bitch is spayed before her first season, the risk is removed almost completely. This is one of the reasons why it’s now strongly recommended that all pet dogs should be spayed while they’re young.

In Mia’s case, urgent, radical action was needed. She was admitted at once for removal of not just the larger lump, but also the smaller, pea sized nodules. X-rays were taken to confirm that the cancer had not spread to her lungs, and she’s now making good progress.

She’s already an older dog in the Wolfhound world, but she’s fit and strong in every other way. Here’s hoping she’ll continue for several more years, lump-free and contented. 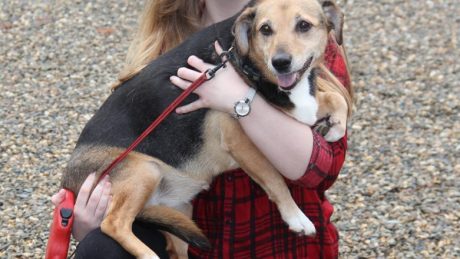 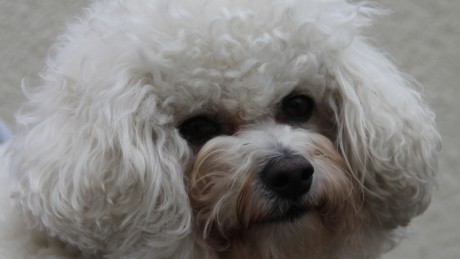 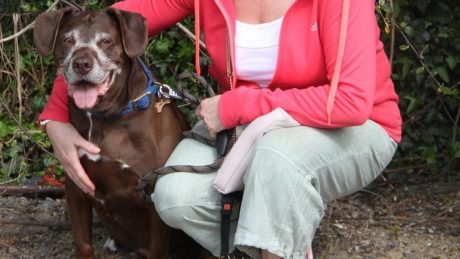