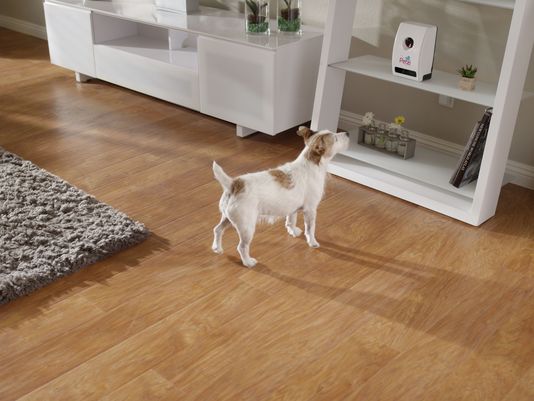 Do you mind dogs in pubs? A Dublin pub has been told to stop letting dogs in

The source of this latest issue seems to be the Food Safety Authority of Ireland, who say this:
“This isn’t new legislation. It’s the Food Hygiene Regulations – S.I. No 205 of 1950, Article 25, paragraph 22.

Under this legislation pet dogs and cats are generally not permitted in any food premises. However, there is an exception for guide, assistance or companion dogs. You can read an FAQ on the FSAI website about this.”
So, essentially this seems to be a 2016 re-interpretation (or re-enforcement) of a 1950 regulation. It is important to note that there is no logical or scientific reason why dogs should be banned from pubs.

It is interesting that in many countries (France, Italy, Germany etc) there is no problem with dogs being in pubs, restaurants, whereas in Ireland we seem to dislike this, despite the fact that there is no evidence that a dog (under good control) causes no more problem in a pub than it does in another public place such as a park.

A petition is currently running here which gives more details about the background.

My own view? The regulations say that the Food Business Operator (FBO) should identify hazards and manage those risks. So it should be entirely possible to have a dog-friendly restaurant with appropriate risk management.

What do you think?

Dogs and cats may not speak English, but they have voice boxes just like us. Dogs use their larynx to bark, and cats use theirs to miaow. So just as humans can lose their voice because of laryngeal disease so can pets.

There are three main issues:

Inflammation can also be caused by viral and bacterial infections. If the larynx is inflamed, it appears red, is swollen, and will not work properly. Hence a dog may bark hoarsely or a cat may miaow quietly or in a subdued way. Short term laryngitis (up to a week or two) may not need treatment, and the animal will naturally recover their voice (as long as they are well otherwise).

The larynx has complicated innervation, and one of the nerves that allows it to open wide often becomes paralysed in older dogs (typically Labradors or Setters). The result of this is that the opening of the larynx is narrowed.

Affected dogs may be fine at rest, but when exercising, the airway can no longer open wide enough to allow air to rush in and out fast enough – affected animals have noisy breathing when exercising, and this gets worse and worse over months. Often their bark changes in tone at the same time (again due to the paralysis). Without treatment, this problem inevitably worsens, with affected animals at risk of collapsing and dying due to airway narrowing.

Treatment involves an operation to permanently widen the larynx – so-called “tie back” operation. Owners often don’t want to do this – e.g. op costing €500 plus in a fifteen year old dog – but it actually works really, really well, curing an elderly dog of this nasty problem and allowing them to live a normal life again.

The larynx can be affected by cancer, just like any other part of the body. If cancerous tissue invades the larynx, normal function cannot continue, so a dog may lose his bark and a cat his miaow.

It’s important that any animal that has lost his voice for more than a few weeks should be checked by a vet to make sure that this is not going on.

Treatment may or may not be possible, depending on the specifics of the condition. I know a number of animals who have had tracheostomies to completely bypass the larynx because of severe laryngeal disease, but the owner then faces the challenge of caring for a tube emerging from the throat (eg regular cleaning, avoiding swimming etc)

You can listen to a discussion about this that we had on the Pat Kenny Show and also hear answers to some listeners questions.

Pete the Vet on Shenanigans with Sile | Newstalk

Can cats pass serious illness on to humans? And is it OK to feed eggs to pets? | East Coast Radio 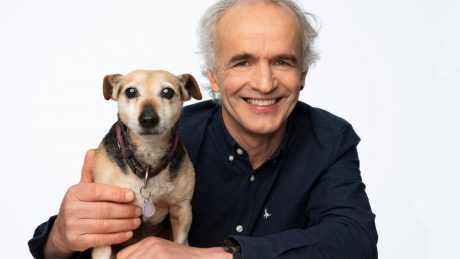