Sophie is a lovely Golden retriever who has just passed her 16th birthday, making her over a hundred in “dog years”. She has slowed down in many ways, with arthritis being the main physical problem (she is on daily tablets to help her with this). She also has some behavioural changes – the equivalent of “doggy Alzheimer’s”, which has been increasingly recognised as being a problem in elderly pets.

These signs start off as minor changes and deterioration takes place gradually. Owners often do not become aware of the changes until they are quite advanced.

These changes are very, very common in older dogs, as part of the “normal” aging process. One study at the University of California School of Veterinary Medicine looked at 69 dogs: 32% of the 11-year old dogs were affected by this syndrome and 100% of the dogs 16 years of age older were affected at some level.

The high frequency with which the syndrome is seen in older dogs does not make the it healthy or “normal”. Some studies have shown that dogs affected by this syndrome show deposition of amyloid (a protein) in their brains in patterns very similar to the amyloid plaques found in the brains of human Alzheimer’s patients. This type of cognitive dysfunction is often associated with the depletion of dopamine, a neurotransmitter, again suggesting that there is a physical reason for the changes.

Can it be treated?

Various treatments are possible, including drugs and dietary modifications, but the main issue here does seem to be “advancing age”, and we all know that there’s nothing fundamental that can be done to prevent this.

Dog owners should be sure to get their elderly pets checked by their own veterinarians – perhaps twice a year once they go over thirteen years of age. Cognitive dysfunction is a challenge, but there are ways of dealing with challenges. Often small changes to lifestyles and to the dog’s environment can make the last lap of the race of life more enjoyable. 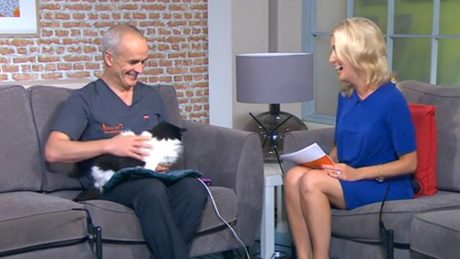 Diagnosis and treatment of arthritis in dogs and cats: video from Pete the Vet on TV3’s Ireland AM | TV3 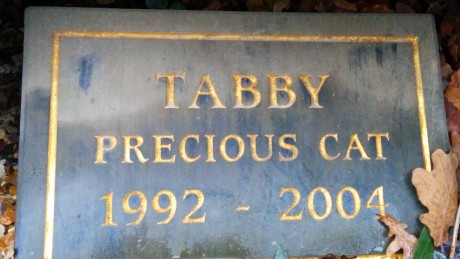 How do vets decide when euthanasia is the right choice? | The Telegraph