Madra: Saving dogs in the West of Ireland

Marina Fiddler lives in the heart of Connemara, and she’s recently got together with a friend to establish an animal welfare group to deal with the local stray dog problem.Marina has been aware for many years that there is a big stray dog problem in the West of Ireland. She runs boarding kennels in Connemara, and sometimes it’s seemed as if she acts like a magnet for stray or unwanted animals. Over the years, she had grown used to taking the necessary steps to find good homes for such creatures.

Two years ago, Marina decided that there was a particular aspect in the animal welfare world where she could make a difference. Together with her friend Tara NicDhiarmada, she set up a new charity: MADRA, Mutt’s Anonymous Dog Rescue and Adoption. The focus of the charity is simple: rescuing and rehoming unwanted dogs. Marina and Tara operate in the Gaeltacht, offering a bilingual service. They have built up relationships with local authorities, working with all of the dog pounds in County Galway and County Mayo.

Unwanted dogs that end up in dog pounds are often destroyed after the statutory five day holding period. MADRA’s aim is to get these dogs out of the local authority pounds, and then find them good homes. The charity works closely with the dog wardens in the area, and has received enthusiastic support: everybody is keen to find an alternative to euthanasia for stray dogs. MADRA also takes in dogs from private individuals, charging a fee of €50 to look after an unwanted pet, keeping the dog for as long as it takes to find a new home.

The charity works in a simple way: dogs are brought to their shelter in Connemara where they undergo an analysis of their behaviour known as “temperament testing”. Both Marina and Tara have undergone training in dog behaviour, and they realise that a reliable, safe temperament is essential if a dog is to be rehomed successfully. Aggressive dogs cannot be rehomed. Nearly all the rescued dogs pass the temperament test, and they are then vaccinated, neutered and microchipped so that they are soon ready for adoption. They are advertised on the charity website, as well as in local newspapers.

Potential owners come out to the shelter to meet their new pet. MADRA then carries out a home check, making sure that the home and garden are suitable for the animal that has been chosen. When the dog is delivered to its new home, a one-off training session is given to set the new owner/dog relationship off on the right footing. MADRA requests a donation of €120 from new owners, but people are always told that they are welcome to donate a higher amount. The costs involved in rescuing dogs are high, and the charity is under continual financial pressure. MADRA has recently applied for official status as a registered charity, which will help with fundraising.

Bessie, a Black Labrador, was rescued after being abandoned in the wilds of Connemara. Some hillwalkers saw her being thrown out of a lorry at the side of the road in the middle of nowhere. With MADRA’s help, she was rehomed as a family pet to a home where she is now cherished.

Marina and Tara need to find innovative fundraising ideas, especially in the current economic climate. At the moment they’re planning a fashion show, with a theme of second-hand clothes, to tie in with the idea of “second-hand dogs”. They’re collecting cast-off clothing from celebrities to sell at auction on the night.
MADRA now rescues more than one dog every day, so the pressure is continuous.

If you want to help, or if you just want to know more, visit the charity website at www.madra.ie. 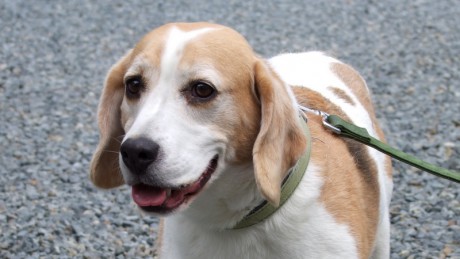 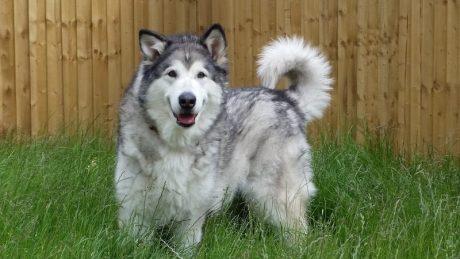 Willow is a beautiful lady who is looking for a home that has experience with the malamute breed and ..