Sooty is a typical example of a “family pet”. Rosie is twenty two years old now, which means that she was a six year old girl when Sooty arrived in the household as a puppy. Since then, Sooty has been present at all of the important family occasions, and she has become as much a part of the Keane family as any of the humans. Photographs of the family over the years include Sooty, held in someone’s arms, or at their feet, at the centre of events. There are many happy memories, and there is only one down side: Sooty is now approaching the end of her life, and it will not be easy for anyone when it comes to saying goodbye.

In the sixteen years of Sooty’s life, the children have grown into young adults. Sooty, on the other hand, has passed from puppyhood through adulthood and into old age. If you take the usual yard stick of “one human year equaling seven dog years”, Sooty is now one hundred and twelve years old. She has become geriatric animal, suffering from the same types of difficulties that elderly humans encounter.

Some of the problems of old age are simply part of the aging process. Sooty has slowed down, and spends much of her time sleeping. She is not able for long walks any more, and she is happy just pottering around the garden, or going for short strolls. She is fussier about her food than she used to be, and whereas she used to suffer from mild obesity, she now has the problem of being too thin. These changes are often seen as part of “normal” old age, both in humans and animals. There are drugs available that aim to put more “spring in the step” of elderly animals, but to a large extent, the aging process is simply a part of the condition of being alive.

The Keanes are a very observant family, and last week, they brought Sooty in to see me. They felt that there might be something else going on with her. Although she was still in reasonable form, they just wanted to be sure that they were doing all that they could do to help her have a long and comfortable old age. When I questioned them further, there were very few physical signs of anything specific.

Sooty had poor vision, and had been bumping into objects at night, but we knew that she had cataracts that were gradually worsening, and she was too old to consider surgery to cure them. Her “normal” weight loss of old age had become more significant – she had weighed 11kg as a chunky eight year old, and her ideal weight was probably around 9kg. By last week, she had dropped to only 7kg. A few new problems had arisen recently. Sooty had begun to have occasional accidents in the house, leaving small puddles on the carpets. She had been drinking more water than in the past, but her daily intake was still not out of the normal range for a small dog. Finally, she had been passing streaks of blood in her faeces over the previous two weeks.

It can be difficult to know how far to go when investigating and treating an elderly animal. With modern veterinary science, it is possible to carry out an intensive medical review, analysing every part of the living body. Blood samples, ultrasound, and even MRI and CAT scans can be used to find out precisely what is going on. Once a diagnosis is made, it is then possible to use the latest drugs to fine-tune the aging body. Surgery can even be considered to physically correct underlying problems. But – when a dog like Sooty reaches a ripe old age, is it in her interest to go through a battery of tests and treatments? Would she like to have needles stuck into her, strangers prodding her and frightening machines buzzing in her ear? Or would she prefer to quietly continue at home in a peaceful old age, waiting until her natural life span is over?

Every owner needs to make up their own mind about what they feel is appropriate for their own pet. In Sooty’s case, we decided to do a simple investigation, with minimal intervention. I took blood and urine samples during that initial consultation, and we agreed that we would do nothing more stressful than that to her. As it happened, the laboratory results were very useful. Sooty has been shown to be suffering from kidney failure, associated with wear and tear of her kidneys over the years. She can be helped significantly by simple steps, such as starting on a specialised low protein diet. Studies have shown that this may extend her remaining life by up to twice as long.

Sooty is an elderly dog, but she is still enjoying life. Long may she continue to do so! 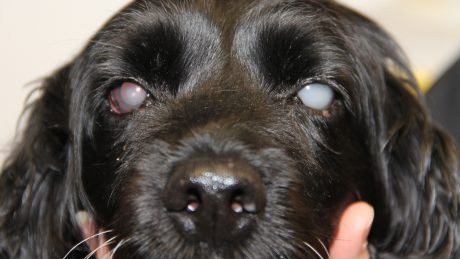 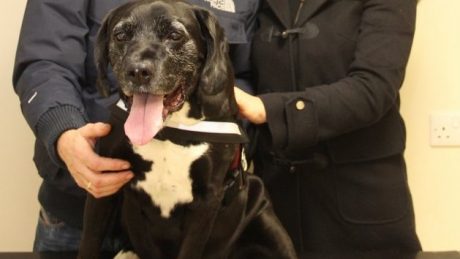 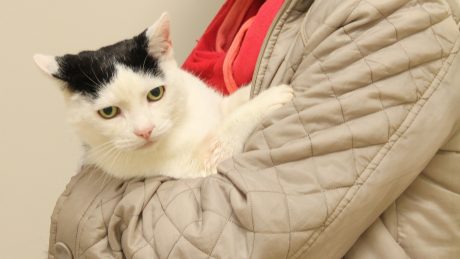