Stopping dogs from escaping from gardens

The old days of the dog “taking himself for a walk” are in the past, and this is no longer acceptable. Owners have a responsibility to keep dogs securely at home, either indoors or confined to the garden.

While it’s accepted that cats are allowed to roam freely, under Irish law, dogs have to be under “effective control” – owners are liable for any injury or damage caused if their dog attacks a person or livestock. Many people do run into problems when their animals escape accidentally, and there are different options for making sure that this does not happen.

How to keep dogs from roaming

Firstly, male and female dogs should be neutered and spayed – hormones are one of the main reasons why dogs sometimes want to roam

Secondly, simply get your garden well fenced in. This is the ideal answer for most people. Build walls, install chain-linked fence dug into the soil, or just do whatever else may be needed to make your garden escape-proof. Unfortunately, some dogs can be real escape artists, and some gardens seem to be very difficult to dog-proof.

This is where the third option comes in – “containment products”. The two most common types are

A physical pen or run

You can’t just buy a dog run and dump your dog into it. All dogs need at least 25 mins exercise twice daily, and if they are being left alone at all, they need to be given something to do e.g. a rubber Kong stuffed with food. And even if these measures are taken, you can’t just leave a dog shut in a pen all day. A dog run is no excuse for poor animal care!

But if a pen is the only way to be sure that a dog cannot escape, then it should be considered as an option. Dog pens come in different sizes, and in various styles – a typical type would be galvanised steel with chain link fencing. A pen should be free from sharp edges, and have secure latches so that the dog can definitely not escape.

The pens can also be used to stop dogs from digging different parts of the garden and it may be useful to even have a “diggable” section within the area that is inside the pen. This type of pen is commonly available from stores across Ireland such as Woodies and Atlantic Homecare.

The Radiofence is an alternative to the physical dog runs but I personally strongly disagree with its use.

Basically, it is a collar with two metal probes on it, facing inwards. A wire is buried under the ground around the perimeter of the property. As the dog approaches the line, a buzzer sounds from the collar. If the dog continues towards the line, it receives an electric shock.

Electric shocks are not a humane way of controlling dogs. Despite my own strong reservations, some people use these systems, and if they are used correctly and intelligently, they can be an effective way of keeping dogs confined to areas that cannot be properly fenced.

I personally disapprove of these fences, and I have seen dogs developing sores at the place where the collar touches the skin but I know that they are out there, and so they do need to be mentioned. 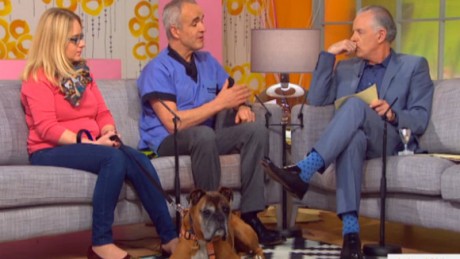 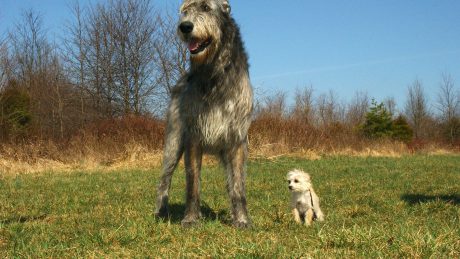