The importance of neutering pets

Fiona is a vet nurse, and when she heard that I was writing about Spayweek, which highlights the importance of having pets spayed and neutered, she suggested that I should talk about castration. She feels that there are too many myths about neutering male dogs, and her little dog Olly is a good example of a contented, healthy, neutered male dog.

Olly has always been a “big dog in a small body”. He was a very masculine dog from early puppyhood, and whenever he met other dogs, he would try to assert his dominance over them. At times it was comical, with a tiny Pekingese puppy squaring up to a big Labrador, but there was a serious side to it too. Even a small dog’s teeth can cause injury. Olly’s masculinity was causing embarrassing problems socially as well. He tried to “hump” anything that was “humpable”, from cushions to the lower legs of visitors. By the time Olly was five months old, Fiona could see that his maleness was making life complicated.

Fiona’s husband, Mark, didn’t like the idea of the operation at first, with concerns that it might change Olly’s personality. But when Fiona explained the advantages of castration, he was more than happy for it to be done. And since the operation, it has been very clear to him that Olly is exactly the same dog as he was, with the only difference being his improved behaviour.

Apart from the effect on male behaviour, there are several other health benefits from castration. Testicular cancer is the second most common tumour in the male dog, and obviously this is prevented by castration. Early neutering also prevents disease of the prostate gland, which affects 95% of unneutered dogs affected by 9 years of age. And there are other tumours that are prevented completely by castration.

Many people worry that a castrated male dog will become a fat, lazy lump, but it is important to realise that this is not necessarily the case. Dogs only become fat and lazy if they are over-fed and under-exercised. Fiona took steps to ensure that this would not happen with Olly. As soon as he had been castrated, she reduced his daily ration of food by 10%, and she has always taken him for twice daily walks. Olly is only a small dog, and he is easy to exercise. If he goes twice around the block, he has taken as many steps as a bigger dog going on a five mile run! Fiona has found it very easy to keep Olly at his optimal weight.

Fiona is convinced that castration should be the “natural choice” for all male dogs, and the beneficial effects for the individual dog are not the only reason. Ireland has a huge problem with the over-production of puppies, resulting in thousands of unwanted dogs ending up in Ireland’s dog pounds. Obviously female dogs are the source of these unwanted puppies, but equally obviously, male dogs have a very significant part to play in the reproduction process. If more male dogs were castrated, there would be fewer unwanted puppies born in the first place.

This coming week is known as “Spayweek” , which is an awareness campaign, highlighting the importance of having pets spayed and neutered. Perhaps the week should really be called “Spay and Castration Week”, because it is equally important for males as it is for females.

Spayweek was set up in response to the appalling stray dog destruction figures in Ireland. The most recent figures from the Department of the Environment show that 14, 598 unwanted dogs were destroyed in Irish dog pounds in 2006, representing a daily destruction rate of 40 healthy dogs for every single day of the year. This statistic draws attention to Ireland internationally like an unwanted beacon. On a per capita basis, Ireland kills more than twenty times more stray dogs than our nearest neighbours in the United Kingdom.

The stray dogs are killed by lethal injection at the local authority dog pounds across the country, and because it happens behind closed doors, many people are not aware that it is going on.
The unwanted animals live short, miserable lives before ending their lives in overcrowded dog pounds. It is obvious that it would be far better if they had never been born at all. The aim of Spayweek is to persuade people to get their pets spayed and neutered so that in the future, these unwanted dogs will not be born in the first place.

Spayweek has been boosted in the past three years by the arrival in Ireland by international dog welfare charity Dogs Trust, which runs a nationwide subsidised neutering scheme. Dog owners on means-tested social welfare benefits can have their pets spayed or neutered for a nominal fee of €20, dramatically cheaper than the normal cost of €150 – €250. There are also other discount neuter schemes across the country, run by charities such as the DSPCA and the Blue Cross. Lack of funds is no longer an excuse when it comes to having your pet neutered, whether you have a female to be spayed, or a dog like Ollie to be castrated. 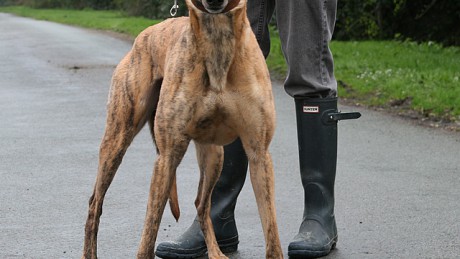 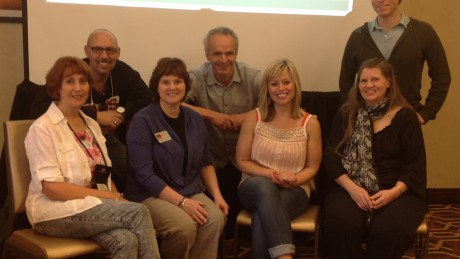 Review: the Flora Women’s Mini-Marathon in Dublin – a great fundraiser for all charities