Home / Articles / Pet Health / Case Studies / Thumper, a 6 month old rat who had a large lump on his neck.

Thumper, a 6 month old rat who had a large lump on his neck. 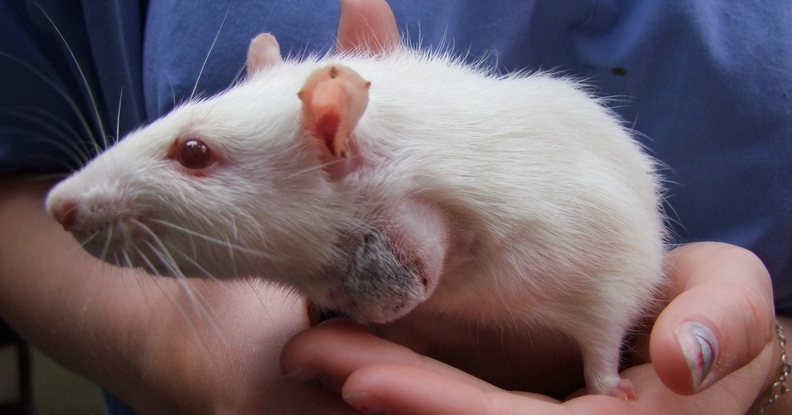 Rats don’t live for nearly as long as other pets such as cats, dogs or even rabbits. Their normal expected life span is two to four years, which makes one human year the approximate equivalent to twenty “rat years”. If a rat develops serious health problems at the age of two or three, it can be difficult to justify intensive treatment, because they’re often close to the end of their natural years.

But when Thumper developed a problem, he still had most of his natural life ahead of him. At six months of age, he was just reaching young adulthood. If he could be restored to full health, he’d be able to enjoy several more years of enjoyable life.

The problem seemed to develop suddenly: one day, Stephen noticed that Thumper had a large swelling on the left side of his neck. He brought him in to see me straight away. The lump measured around 1cm in diameter: around the same size as a marble. It was a firm lump, and it did not seem to be painful in any way, but it was large enough to cause a nuisance, preventing Thumper from scurrying around his cage in his normal graceful way.

It was impossible to tell what had caused the lump to appear. It could have been some type of tumour (rats and mice are prone to various types of cancer, often from a young age). Or it could have been an abscess (if a rat suffers a small injury, it can become infected, forming the basis for a pus-filled abscess).

I pushed a fine needle into the lump to try to find out what it was: it seemed to contain thick white material, strongly suggestive of infection. It seemed to be an abscess, so the long term prognosis was much better than if it had been a tumour. But we still had to find a way of making the lump go away. It was impeding Thumper’s daily life, and there was a risk that it would get bigger if nothing was done.

We decided to take a non-invasive approach to treatment at first: Thumper was given a course of antibiotics. If he was lucky, a course of potent antibiotics could be enough to cure him. Stephen gave him a daily dose of liquid antibiotic, hidden in a “raisin wheat” – his favourite snack. Thumper tucked into his daily treat, unaware that he was taking a dose of medicine with every tasty mouthful.

The lump didn’t get any bigger, but the antibiotics were not enough to cure it. After a few weeks of treatment, we decided that a more radical approach was needed. Thumper was booked in to have the lump surgically removed.
He was given an injection to induce anaesthesia, then kept asleep via a tiny gas mask during the operation. It did not take long: the lump was carefully dissected away from the healthy underlying tissue, and then a row of six sutures were used to close the gap. The usual pain relief was given, just as it is for any animal after surgery.

Stephen kept a close watch on Thumper for the next ten days, and the rat behaved well, not trying to scratch the wound or pick out the stitches. When I checked him ten days later, everything had healed perfectly.
His neck now looked completely normal. Thumper had regained his streamlined body shape.

The lump was definitely an abscess, so the problem has been fully cured. Thumper should go on to enjoy another two or three years of life: or should I say twenty or sixty “rat years”? 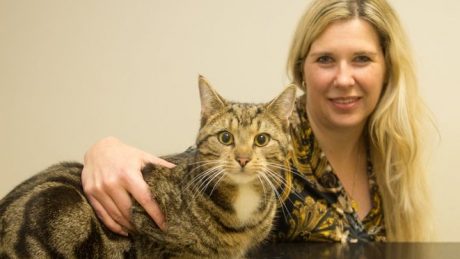 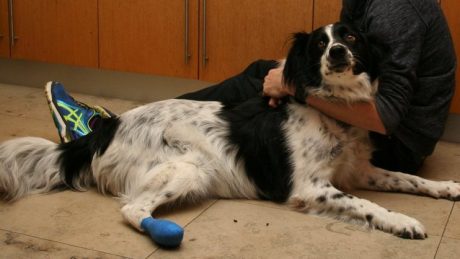