Orla was just six years old when Trixie arrived into the family household: she can barely remember life before Trixie. Up until recently, Trixie has been in good health, enjoying the typical busy lifestyle of a town dog, with regular walks in local parks and the surrounding countryside.

The first sign of a health issue was around three months ago, when Orla noticed that Trixie was behaving differently: she started to pace up and down in the garden, walking restlessly, and not sitting or lying down at all. She began to pick at her food, rather than wolfing it down in her usual ravenous style.

The final indication that she was suffering from a serious problem happened more recently. Trixie normally runs ahead of Orla when going upstairs, sitting at the end of the bed while they watch television together. Last week, Trixie bounded up the stairs as usual, but when she reached the top landing, she fell over, rolling around on her back. At first Orla thought that she was just playing, but then she started to howl, and she refused to stop when Orla called her name. That was when Orla realised that Trixie was having some sort of seizure. She stayed with Trixie, and after a few minutes, the little dog returned to normal. Orla brought her up to see me the following day.

A trip to the vet

When I examined Trixie, she seemed like a healthy, active, older dog. She doesn’t like visiting the vet, and her heart was racing, but otherwise there was little abnormal to find. I ran a blood panel which showed that her internal metabolism was in good general order.

There are many possible causes of “seizures” or “fits” in older dogs: one of the challenges is that the episodes don’t often happen at the vet clinic, so vets have to try to deduce what’s happening from the owner’s description of the events. To a vet, a seizure caused by epilepsy looks quite different to collapse caused by heart disease, but it is not easy for an owner to tell the difference. I asked Orla to take videos if Trixie had any more collapsing episodes, and to keep a “seizure diary” so that we could track exactly when they were happening.

A couple of days later, I received an email with video footage from Orla. There had been several more episodes, and they always happened after Trixie went upstairs. The fact that the events always happened after some exertion suggested that they could be caused by some sort of heart problem. When I watched the video, the footage confirmed that this was not a type of epilepsy: Trixie was falling over and lying almost motionless on her side. When a dog has an epileptic fit, the seizure causes the animal to thrash around, with front and back legs kicking wildly. Trixie’s problem was different to this.

An ultrasound was needed

The next stage of Trixie’s investigation was an ultrasound examination to assess the structure and function of her heart. This identified that she has a leaky heart valve, so that when her circulation is under pressure (such as when she goes quickly upstairs), her heart cannot pump blood around her body rapidly enough, which is why she collapses.

Trixie has been started onto medication to improve the pumping ability of her heart, and the Carrolls are installing a baby gate at the foot of the stairs to prevent her from over-exerting herself by rushing upstairs. They’re planning to take her only for short, calm walks, avoiding stress and excitement.

Trixie’s future is uncertain: she’s an older dog now. But with medication and some adjustment of her lifestyle, everyone’s hoping that she still has a long enjoyable stretch of time ahead of her. 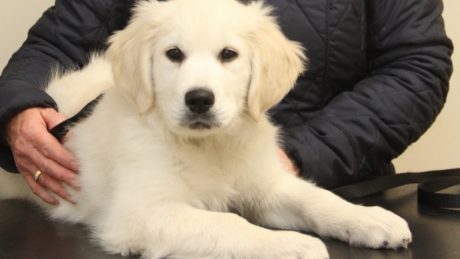 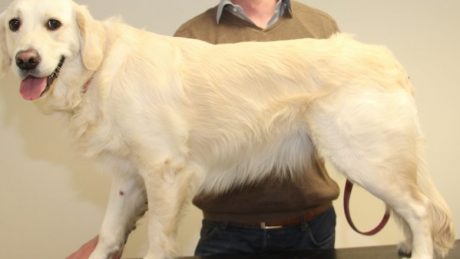 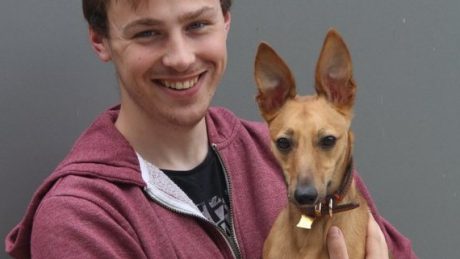