Home / Articles / Pete in the Media / Pat Kenny Show / What to do if your dog has vomiting or diarrhoea: Pete the Vet podcast on Newstalk’s Pat Kenny Show

What to do if your dog has vomiting or diarrhoea: Pete the Vet podcast on Newstalk’s Pat Kenny Show

Digestive disorders are incredibly common in pets, especially in dogs. To listen to the podcast click on the link at the foot of this page.

Dogs are prone to digestive upsets i.e. vomiting and diarrhoea: never a popular topic for discussion on the radio, especially around meal times.
The most common cause of such upsets is scavenging or eating inappropriate foodstuffs. We have seen a lot of this in vet clinics around Ireland over Christmas: dogs are given platefuls of turkey, ham etc, or around now they are given turkey which is past its best, and it does not agree with them.

Treatment for vomiting and diarrhoea in dogs

Treatment of most gastrointestinal diseases involves a combination of medication and nutritional therapy. Careful choice of the food being fed is the single most important aspect of treatment of many digestive disorders. The traditional teaching was to avoid “rich” foods, meaning red meat based ingredients, because they were more complex to digest, resulting in more acidic, irritating by products.
Instead, the idea was to feed “bland” food, such as chicken or white fish, along with boiled white rice, which is more easily digested, resulting in less irritating digestive by products.
This traditional approach has been fine tuned by science, but the resulting recommendation is surprisingly similar: bland food for 1 – 3 days followed by a gradual return to normal nutrition.
Simple gastroenteritis (resulting in vomiting and/or diarrhoea) is the most common digestive disorder in dogs. It’s rarer in cats, but initial treatment is the same.
In most cases, therapy for gastroenteritis is very simple: rehydration and rest.

Rehydration is essential. If an animal is vomiting, they lose fluid out the front end. If they have diarrhoea, they lose fluid from the rear end.
The net result is the same: dehydration. This causes dullness, lack of energy and can be a vicious circle: the more dehydrated a pet is, the less likely they are to recover.
In simple cases, where the pet is bright, alert and active, simply resting the digestive system may suffice.

A short period of fasting is easy to do: most sick pets don’t want to eat anyway – and then they should be fed a bland, low fat, easily digestible food for a day or two.
The easiest option is to buy commercial diets designed for pets recovering from a digestive upset, although home cooked diets such as cooked chicken and boiled white rice are also possible.
Once the pet can cope with this easily digested food, their standard diet can gradually be reintroduced, initially by mixing it half on half with the bland diet.

The vet will carry out a thorough examination and depending on the severity of the problem, different approaches are taken.

Sometimes pharmaceutical products are given to ease the irritated digestive tract, with various products to lessen the irritation of the lining of the bowel, but these aren’t always. Additionally, probiotics are sometimes used to attempt to recreate a healthy microbiome in the animal’s small intestines.
Traditionally, a clay-like liquid known as kaolin was often given, with the idea that it “bound up” diarrhoea. While this is still used by some vets, it has fallen out of favour with gastrointestinal specialists because of lack of evidence for any benefit.
As long as the patient remains reasonably bright and active, the simple approach of rest, rehydration and bland food is often enough.

What about cases where dogs with vomiting and diarrhoea become seriously unwell?

There are many times when more intensive veterinary intervention is needed: if the signs of vomiting and diarrhoea continue unabated, if an animal becomes dull and depressed or if blood is passed at either end. Such cases should be regarded as emergencies, and life-saving treatment is urgently needed.
This generally means hospitalisation at the vet, with intravenous fluids. A number of different types of fluid may be chosen by the vet, depending on factors such as the frequency of vomiting or diarrhoea and the level of dehydration. In extreme cases (e.g. if a dog with Parvovirus is passing bloody diarrhoea), a blood transfusion may even be needed.
Vets now use electric fluid pumps to ensure that the correct, carefully measured amount of fluids are given over a set period. Careful monitoring by veterinary support staff is important: serious problems can result if insufficient fluids are given, or if excessive quantities are given too quickly. Regular monitoring is carried out, with repeated blood sampling to reassess the level of dehydration of the patient.
Further investigations are also needed, including bloods, xrays and ultrasound, to find out more about the underlying cause (there are many, many serious causes of vomiting and /or diarrheoa)

The following questions about pets were asked by listeners: to find the answers, listen to the podcast. 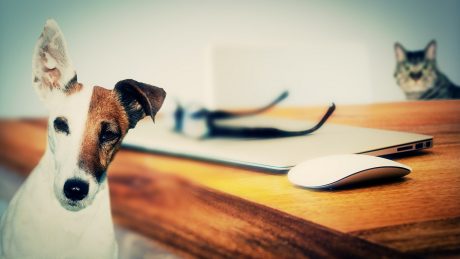 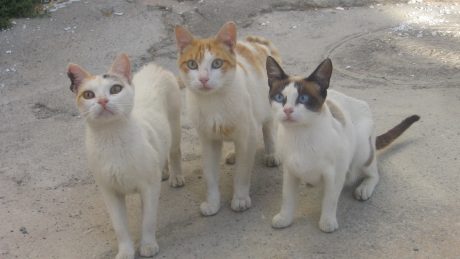 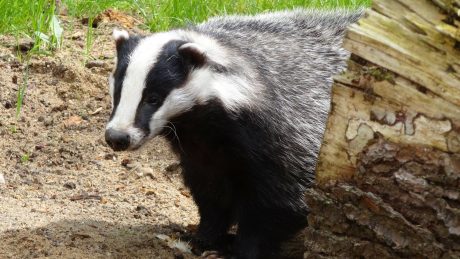