Home / Articles / Pet Health / Case Studies / Amelie, a 6 year old cat who was putting on weight without being fed anything extra. 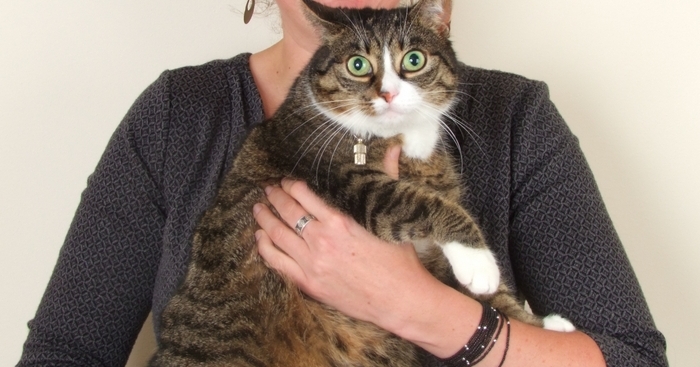 When Marion brought Amelie to see me for her annual health check and vaccination recently, it was obvious that she’d turned into a bit of a “fat cat” : she was 25% heavier than her last check-up. I asked Marion what had changed, and she explained the background to the problem, as well as the answer that she has in mind. The simple cause of Amelie’s weight gain is that an unknown neighbour has been giving her extra meals.

Excessive weight didn’t used to be a problem for Amelie: she was an indoor cat for the first five years of her life, and Marion kept strict control over her food intake, avoiding spoiling her with treats. When she moved to a house with a garden in Shankill, Marion decided that it was time to allow Amelie to experience freedom. She started to allow her to go out in the daytime, although for safety reasons, she has continued to call her indoors at night. Marion does shift work, so she’s away at different times during the day, and she felt that life would be more enjoyable for Amelie if she spent less time at home on her own.

When Amelie started to go outside, she lost weight at first. The new physical activity meant that she was burning up extra calories and getting fitter. She enjoys her outdoor activities, jumping up onto the shed in the back garden, along the wall and down the other side. Marion doesn’t know exactly where she goes, but she sees her with other cats, enjoying a social life for the first time.

It was after a few months of outdoor life that Marion noticed that Amelie was starting to put weight on. Her abdomen began to droop, and she lost her trim profile, becoming more spherical than slim. Marion wasn’t feeding her any more, so there was only one possibility: she was finding food while she was out and about. It’s very common for neighbours to leave out food for visiting cats, in the mistaken belief that they’re going hungry. But which neighbour is doing it, and how can Marion pass on a message that she’d like this to stop?

The obvious answer is simply to put a tag on Amelie’s neck with a message saying “Please do not feed me”, but Marion’s interested in trying a 21st century answer. She’s found a German website – www.mr-lee-catcam.de – that sells a range of products to deal with the issue.

Firstly, there are GPS tracking devices that attach to your cat via a harness. The most basic version stores a record of your cat’s location. When she returns home, you plug the device into your computer. The information that’s downloaded allows you to track exactly where your cat has been on Google Earth. It’s also possible to buy a “live” tracker which uses mobile phone technology to pinpoint your cat’s location at any time of day.

The second type of gadget is known as a  “cat cam”. This is a shock-resistant, tiny camera that attach to your cat’s collar. Photographs are taken at regular intervals, and when your cat comes home, you can download the images onto your computer. A video version is also available, and it’s even possible to set up a “live” webcam, so that you can see where your cat is at any time of day.

Marion’s putting her order in soon, before the Christmas rush. Amelie may be enjoying her extra meals, but they aren’t good for her, and Marion’s determined to make sure that they stop. 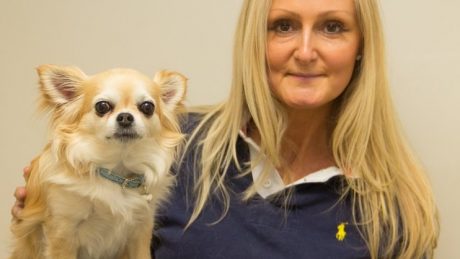 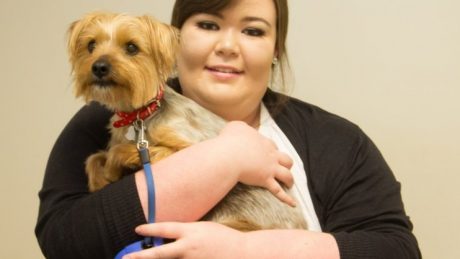