Bailey lives in a busy household: Jonathan manages the YWCA centre in Greystones, so there are always young people coming and going from his home. The back garden, where Bailey, his three year old Springer Spaniel often likes to spend her time, is enclosed, but there’s a side gate, and despite the house rule that it must always be closed, it’s sometimes accidentally left ajar.

Last Saturday lunchtime, when Bailey saw that the side gate had been left open for a few moments, she sneaked through and bolted. Jonathan noticed almost at once, and he hurried down to the local beach, where he usually takes her for walks. She loves water, and he thought that this was where she’d be most likely to go. But there was no sign of her. He then organised a team of people to search all around Greystones. For several hours, they combed the streets, calling her name, but Bailey had vanished. Jonathan told the police, and posted her photo onto a local community Facebook page, but there was no word. Soon, it was getting dark, and still she had not come home. Jonathan feared the worst: had she been involved in an accident? Or had she been stolen?

Meanwhile, six kilometres away in Bray, I was walking through the town to meet some friends. I came across three Austrian students, clustered around a Springer Spaniel that they’d found. They didn’t know I was a vet, but they came up to me, asking if I could direct them to the police station. They’d found this dog, soaking wet, running up and down Bray beach, and they wanted to do the right thing to help it. Somebody had suggested they should take her to the police station.

There’s a big problem in Ireland for “stray” dogs at nights and weekends. The dog warden and dog pound systems only operate during office hours on weekdays. If somebody finds a dog outside these times, there’s not much they can do other than looking after the animal until normal service recommences.

It was fortunate that the Austrian students happened to bump into me: as a vet, I was able to help at once.

I offered to take the dog from the students, bringing her down to my vet clinic, where I scanned her for a microchip. The scanner displayed the usual 15 digit number, and by keying this into the online database, I was able to immediately find out that this was, indeed, Jonathan’s dog, Bailey. I phoned him at once: he was delighted to hear that she was safe, and we arranged a happy reunion.

As a back-up way of finding the owner, I had also immediately posted a photo to my “Pete the Vet” Facebook page, asking people to share it: this was “shared” over a thousand times, with nearly 50000 people seeing it. Social media provides a useful back-up method of reuniting lost dogs with owners.

Questions remain: how did Bailey get to Bray from Greystones? Did she follow someone on foot? Or could this water-loving dog have swum?

The good news is that Bailey is back home. The shut-the-side-gate rule has been re-inforced strictly, and Bailey has a new metal ID tag (her old one had rusted off).  Hopefully, she will never escape again, but if she does, she won’t remain anonymous for long. 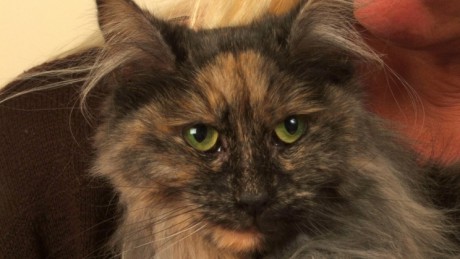 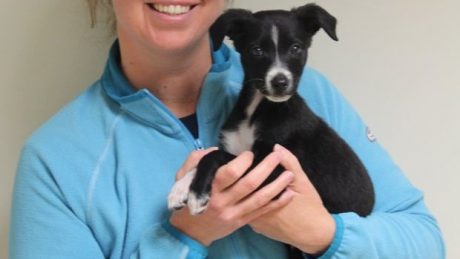 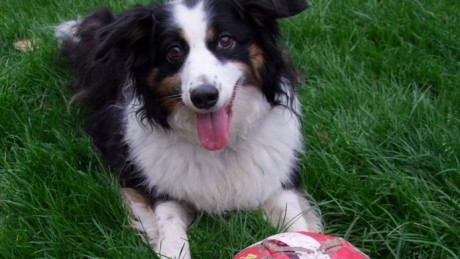