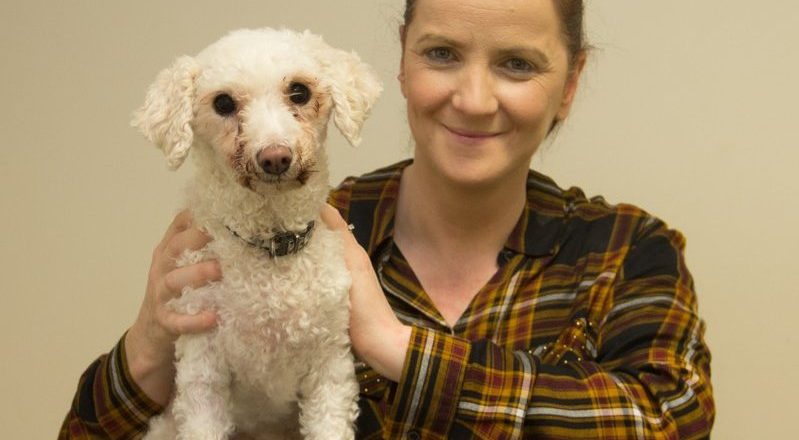 Christina has been coming to see me with her family’s pets since she was twelve years old; Cassie is first dog that she’s owned as an adult, and I’ve been caring for her since she was a young puppy.
Cassie has had more than her fair share of health problems, including a tendency to severe digestive upsets, but she had been on a special low fat diet which has successfully controlled this issue.

For the last three years, she has suffered from repeated bouts of another problem: cystitis, with recurrent urinary tract infections.
The first episode was the most dramatic. Cassie normally sleeps well, going to bed at the same time as Christine, and not stirring until the humans in the house are up and about. That night,, she stayed up all night, not sleeping at all, and continually asking to go outside to pass urine. The following morning, Christine noticed blood in her urine, and Cassie was still squatting, straining to go even though she wasn’t producing anything. She was treated simply with antibiotics for a urinary tract infection: she responded well, and we hoped that this had been a one-off occurrence.
Six months later, she had a second bout, with similar signs. This time, we carried out a more detailed investigation, collecting a urine sample for full analysis, and taking x-ray pictures of her abdomen to check for unusual causes like stones in her bladder. The x-rays were clear, but microscopic analysis of her urine showed that it contained tiny crystals known as calcium oxalate. These crystals are like tiny pieces of gravel in the bladder (they are known as “uroliths”, or bladder stones). It was likely that they had been irritating the bladder wall, making it vulnerable to bacterial infection. Treatment with antibiotics had fixed the short term crisis, but to keep her healthy, we had to try to stop these crystals from developing.
Calcium oxalate uroliths develop in the bladder because of increased levels of calcium (which is a mineral) and oxalate (which is a chemical found in many foods). There are many causes of such increased levels in the urine, but the most significant factor is probably genetic: some breeds of dogs are prone to calcium oxalate crystal formation, and Bichon Frises, like Cassie, are on that list.
There are also some dietary factors that lead to increased formation of calcium oxalate uroliths. If affected dogs are given special diets, with reduced levels of specific nutrients, they are less likely to have these crystals in their urine.
Ideally, Cassie could have been put onto a standard low-crystal diet, but her situation was complicated, as she was already on a special diet which had cured her digestive upsets. We managed to find a specially designed diet that we hoped would meet her requirements: a low-fat pet food with ingredients aimed at promoting urinary health. This new diet seemed to help, and Cassie enjoyed two years without any further episodes of cystitis. Christina was beginning to think that we had found the long term cure to the problem.
Then last week, she had another episode, with the same classic signs as before: she was awake all night, and despite Christina’s efforts to let her out whenever she asked, she had had a few accidents on the kitchen floor. She came in to see me the following morning. Christina was an expert at this stage, so as well as bringing Cassie, she was carrying a urine sample that she’d collected that morning, in a small sterile plastic container.

Cassie seemed normal when I examined her: a dog with cystitis often shows few signs of being unwell apart from their desire to pass urine frequently. I tested the urine sample in our practice laboratory, and this confirmed the diagnosis: although the urine was a normal yellowish colour, the dip-stick test confirmed that it contained high levels of blood, protein and white blood cells. Cassie definitely had a severe urinary tract infection.
I gave her immediate treatment with antibiotics, and although I knew this would almost certainly give her short term relief, I sent off her urine sample to a specialist veterinary laboratory for detailed analysis.
The results were encouraging: there was no longer any sign of calcium oxalate crystals. Cassie’s special diet was doing its job of preventing these from recurring. This meant that it was likely that Cassie had developed a simple bacterial infection of the bladder, with no other underlying cause. This tends to be a simpler problem than crystal-related infections: a course of antibiotics is usually enough to cure the problem.
To be certain that the antibiotics are effective, it’s important to find out the precise bacteria involved, and the laboratory was able to do this from the sample Christina had collected. They cultured a specific bacteria that’s commonly associated with urinary infections, and their tests confirmed that it was sensitive to the antibiotic I had chosen for her. Some bacteria are resistant to some antibiotics, and that’s why it’s so important to have urine samples submitted for culture in cases like this.
It took a few days for Cassie to recover, but she’s back to normal now. Christina’s hoping it’ll be a long, long time till the next episode. 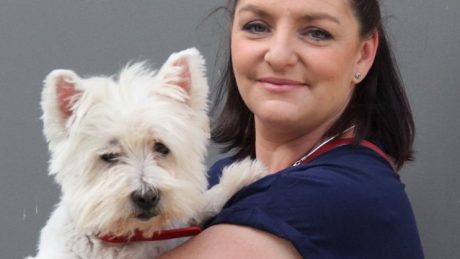 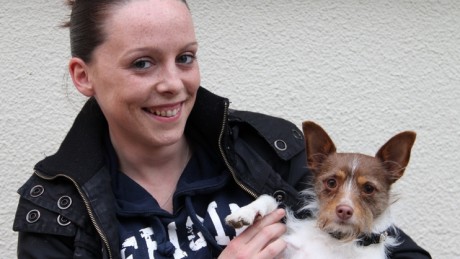