Suki is a healthy thirteen year old dog, with the usual minor problems that are common in old age.  Her muzzle is greying and she has early cataracts in her eyes, so her vision is beginning to dim. But she’s an active, lively dog who enjoys her walks, and she still has good enough vision to see where she’s going.

SOMETHING WAS WRONG WITH SUKI’S EYE

Suki was normal when the family headed off to work one morning, but when they came back in the early afternoon, her right eye had turned completely opaque, with a solid, marble-like milky grey colour. It was obvious that she had suddenly gone blind in that eye: she kept pawing at it, and rubbing her head along the ground.  The family brought her up to see me at once.

As soon as I saw Suki, I knew that I was dealing with something unusual. Cataracts are common in older dogs, but this was different. A cataract only causes the lens, at the centre of the eye, to turn milky white. In Suki’s case, the entire eye was a blue-white colour. Normally, the structures of the eye can be examined with an ophthalmoscope, including the lens and the iris. With Suki, I could see none of these structures. It was as if her normal, healthy eye had been replaced by a ball of frosted glass.

I carried out some routine tests on her eyes, measuring her tear flow, using a special dye to check for scratches or ulcers, and examining her other eye carefully. Everything was normal apart from the fact that her left eye had turned completely opaque.

I asked Alex some questions about Suki’s activities over the previous day: could she have banged her eye? Was there anything unusual that she had done? Alex couldn’t think of anything in particular, except that Suki had managed to raid the bin on the previous evening: she had scoffed an entire chicken carcass, including the skin.

SUKI WAS SUFFERING FROM A RARE PROBLEM

This was the clue that I was looking for: I took a blood sample and when I measured the fat level in her blood, it was dramatically raised, at over six times the normal level. Now I knew what was going on: she was suffering from a rare problem called “Lipaemic Aqueous Humour”. The “aqueous humour” is the fluid that fills the front half of the eye, in front of the lens. It’s normally crystal clear, like water, but in Suki’s case, it had been transformed into a milky-blue-white colour because it had become infiltrated with high levels of fat. This condition happens when two factors happen, coincidentally, at the same time.

First, Suki was suffering from low-grade inflammation of the centre of her eye, caused by her early cataracts.

Second, Suki had experienced a surge of high fat levels in her blood, caused by feasting on chicken skin. In most dogs, fat is prevented from entering the eye by a biological filter known as the “blood-aqueous barrier”. In Suki’s case, this filter had been inactivated by the low-grade inflammation in her eyes, so the fat was allowed to rush into the eye from the blood.

Treatment was simple: Suki was put onto an ultra-low-fat diet, and she was given anti-inflammatory steroid drops to apply to her milky eye. She responded rapidly and completely: within three days, the milky colour had cleared and she could see normally again.

Suki is now on long term drops to keep her eyes healthy, and she’s on a strict diet too. There will definitely be no turkey skin for her over Christmas! 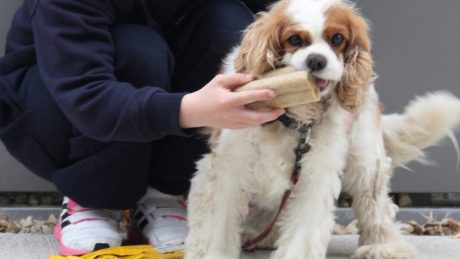 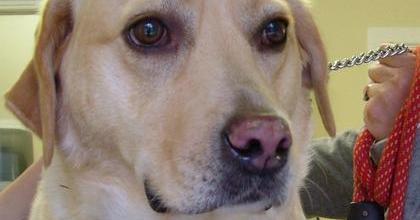 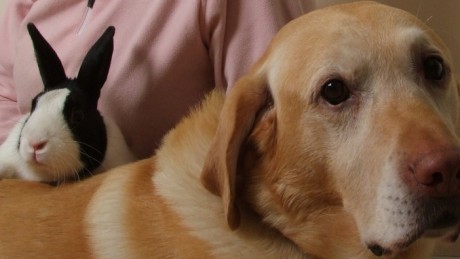