Home / Articles / Pete in the Media / TV3 / Colds and coughs in dogs and cats: Pete the Vet on Ireland AM

Colds and coughs in dogs and cats: Pete the Vet on Ireland AM

Dogs and cats getting colds

Dogs can get Kennel Cough which is a highly infectious disease between dogs. It’s a combination of a virus (causing initial damage to the lining of the throat) with bacteria called Bordetella Bronchiseptica moving in to make things worse. Kennel cough is seen all year round and is most likely to spread when dogs share air space such as in boarding Kennels. It can be treated with antibiotics but at risk animals are better to be protected with a vaccine. It’s an odd vaccine that’s squirted down the nose rather than given by injection.

Cats can get cat flu, again a highly infectious upper respiratory infection, and it can be caused by one of two viruses, Calicivirus or a Herpes virus. Again the virus does the initial damage and then bacteria make things worse. Mild cases may not need treatment (many kittens have low grade infections that can make them lifelong carriers of the virus. Like herpes cold sores in people, such cats have recurring flare ups if they get stressed with runny eyes and sneezing.
Again routine vaccinations protect cats against both cat flu viruses.

So the question is:

Is it possible for pets to catch a human cold or for a human to get a respiratory infection from a dog or cat?

The answer is that it’s highly unlikely. Some immunocompromised humans could, in theory, pick up a mild infection of Bordetella from a dog with Kennel Cough but it’s exceptionally rare. Cat flu is definitely not transferable to humans.
Also dogs can never get cat flu but there are some strains of dog kennel cough that can cause similar signs in cats. However this is rare and you can’t vaccinate cats against kennel cough.

In general, it makes hygienic sense not to stick your face into the face of an animal with a respiratory infection but even if you do, you are unlikely to pick up anything nasty

Do pets need to go to the vet if they have a respiratory infection?

Any animal with sneezing, coughing or runny eye should be taken to the vet. Treatment can shorten the course of these diseases and reduce the risk of complications. There are many other causes of coughing in particular and it’s really important that all coughing animals are properly checked over in case it’s something more serious.

Pete the Vet on Ireland AM on respiratory infections in pets 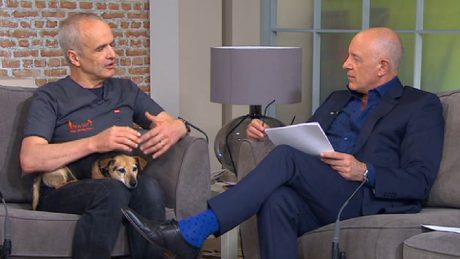 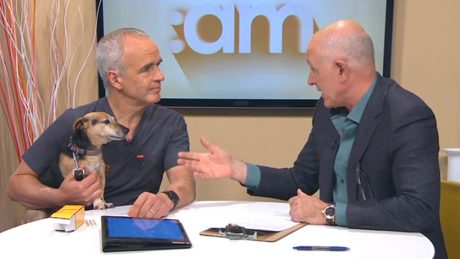 Acupuncture in animals: Pete the Vet and Kiko on Ireland AM | TV3 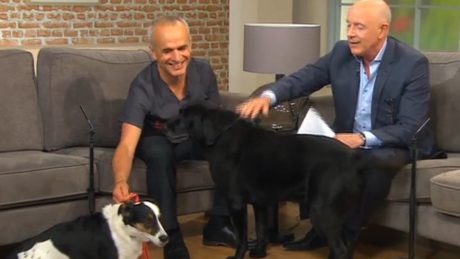 Could your dog be a blood donor? Pete the Vet on Ireland AM discusses blood transfusions in dogs | TV3