Niamh originally had just one dog: a young Beagle called Bobby. She sometimes felt sorry for Bobby, as he was the only dog in the household, so she decided to get him a friend. She saw Davey on the DSPCA website, and she liked the look of him, so she took Bobby up to the sanctuary to introduce them to one another. The two dogs liked each other at once, so Davey came home with Niamh, and since then, Bobby and Davey have been close friends. They play with one another, sleep curled up beside each other, and it’s obvious that they get on well together. Now Niamh can’t imagine just having one dog.

DAVEY HAS JUST ONE EYE

Davey had just one eye when Niamh took him on, and there was a complex story behind this. He had been found wandering, and despite all efforts, his original owner could not be located. After a suitable period of time, he was put up for rehoming. During this period, however, it was obvious that his right eye was diseased: he was suffering from glaucoma. This happens when the pressure balance in the eye goes wrong, and it often follows trauma. The eye swells, turns a blue-grey colour and becomes painful. Nobody knew what caused glaucoma to develop in Davey’s eye. Perhaps he’d been hit or kicked in a previous home? It was a mystery, but it needed treatment. Medical treatment, with drops to reduce the pressure in the eye, was ineffective, and the only way to keep Davey pain-free was a radical answer: complete removal of his right eye. The surgery was done at the DSPCA so when Niamh first met Davey, his right eye was missing. His missing eye meant that the DSPCA found Davey more difficult to rehome than a two-eyed dog. He was in the sanctuary for three months, becoming the longest-staying resident at the time. Natalie didn’t mind the missing eye at all: it made Davey look a little odd at first, but she soon got used to this. It hasn’t worried Davey at all: he carries on with life as normal.

There was one minor incident that happened soon after Niamh had taken Davey on: after playing in a boisterous way with Bobby, Davey’s eye socket swelled up with fluid, so that it looked as if there a water-filled balloon beneath the skin. Most likely, a knock on the side of his head had caused a small blood vessel to bleed. He had to have the eye socket drained several times before it settled down.

On another occasion, he had a minor injury to his left eye. Again, he probably bashed or scraped it while playing. He had a small scratch on the surface of the eye which was painful. It healed well with simple treatment, but it was a worry at the time because his left eye is his only eye, and if it was seriously damaged, he’d be completely blind.

As it is, with one eye, Davey behaves like a completely normal Beagle, with the mischievous, energetic streak that’s common in the breed. He’s able to open doors in the house, by jumping up and pressing the handle, so Niamh has to use a key to lock the door if she wants to be sure that he stays in a room. He loves exercise, and his favourite sport is running beside the DART (from a distance, and safely separated from it by a secure fence). He’s a happy, well-balanced dog. Davey doesn’t know that he has an eye missing! 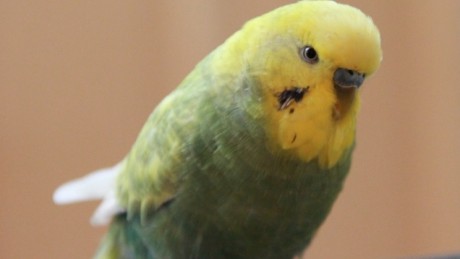 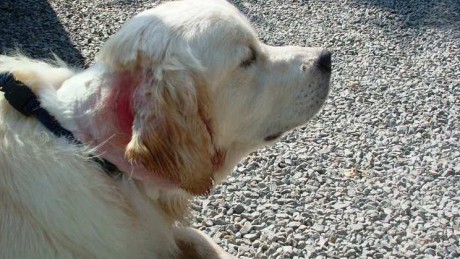 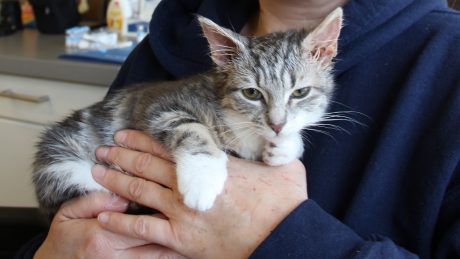