Dogs have featured in Richard’s life for as long as he can remember. His first boyhood pet was a West Highland White Terrier called Nicky, and since the day that Nicky arrived, Richard has scarcely spent a day of his life without the company of dogs.

When Richard was growing up, the hobby of “dog dancing” did not exist. The nearest equivalent was simple dog training. Richard spent much of his youth working with his dogs, training them to the highest possible level. He started by going to dog training classes every week, then he began to go to dog shows from the age of ten onwards. As a teenager, he became aware that Nicky had limitations as a dog doing obedience work, principally because he was a terrier. Terriers – of all breeds – are strong-willed, independent individuals, with larger-than-life characters. They have very appealing personalities, but when it comes to obeying a human instructor, terriers do not excel. Richard did his best with Nicky, and his parents even bought him another Westie a few years later, but it was obvious that a different breed would be needed if he was going to compete at the highest level in the obedience world.

It was not until he was eighteen years old that his parents finally bought the right dog for performance obedience work: a tri-colour Border Collie called Gem. The Collie breed is known for being athletic, intelligent and obedient: it is no accident that most of the winning dogs in obedience and agility competitions are Collies. Richard was now able to compete at a high level. Gem was not the ideal dog – she was quite dominant, and she was easily spooked by loud noises. But she took Richard onto the competitive ladder, and he began to enjoy reaching the upper levels of the dog obedience world.

It was Richard’s next dog that took him towards dog dancing – she was a black and white Border Collie called Sybil. She was exceptionally intelligent, and she kept wanting to do more and more. She learned the standard obedience routines so quickly that she was looking for something else to occupy her mind. She started to throw in improvisations herself, doing little jumps for fun when she was meant to be performing a standard, slow, “walking at heel” routine. This natural exuberance was difficult to control, so Richard decided to do more interesting work with her. This is what led him to begin to do obedience work to music, also known as “dog dancing”. Sybil loved doing the extra twists and turns that were needed for the performance.

The sport of “dog dancing” started with a demonstration of “heelwork to music” that was given at the Crufts Dogs Show in 1992, by a well known dog obedience specialist called Mary Ray. Mary has repeated her performance at Crufts every year since then, with her act being televised by the BBC on the Best in Show night for the past eight years. In 2005, Crufts included heelwork to music as a competitive activity for the first time, and it has now become an accepted part of the dog show landscape.

There are two forms of dog dancing: “heelwork to music” involves the dog walking to heel, staying close to the dog trainer while moving to music. “Canine freestyle”, which is Richard’s speciality, involves synchronized moves by dog and trainer, but without the need for the dog to stay at heel.

Richard and Sybil found success almost at once when he took up Canine Freestyle, winning several competitions. He did routines to well known music, such as Thriller and Mission Impossible, and he also started to give demonstrations at Crufts. The public loved his performances with his dogs, and Richard enjoyed working with his dogs in front of an audience. Soon, Richard ‘s day job as a professional dog groomer began to take second place to his hobby. He found that he was being asked to teach Canine Freestyle by obedience clubs around the UK and abroad. When people asked him for DVD’s of his training sessions, he decided to devote himself full time to promoting and developing Canine Freestyle across globe.

At this stage, Richard needed a new challenge. Most successful “dancing dogs” are Collies, and Richard wanted to prove that his training methods worked in other breeds. Richard had always liked the Portuguese Water dogs, and he wanted what he describes as “a hairy dog with a brain.” Disco was his new chosen partner. When Disco dances, her long hair moves in a wave in time to the music, and the audience loves her.

Dancing is a challenge for Disco – she has to keep her attention and focus, doing up to 30 or 40 moves during a three minute piece.  Richard and Disco’s dancing career is going from strength to strength. Richard is now one of the top performers at the highest level at Crufts every year. 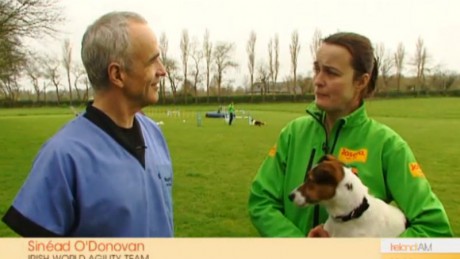 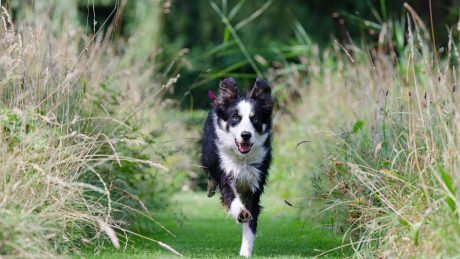 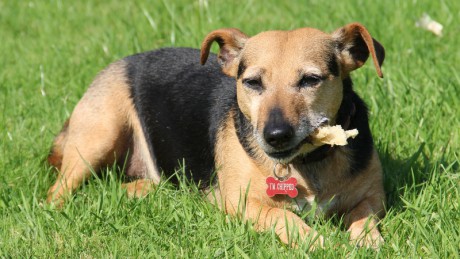