On Ireland AM, we discussed greyhounds – talking about the industry in Ireland, as well as focussing on how greyhounds can make fabulous pets. You can watch the video here.

Greyhound racing is on the decline globally

Greyhound racing is now only legal in eight countries: UK, Ireland, New Zealand, Australia, USA, Vietnam, China and Mexico, and even in these localities, it’s in decline. Only 15 greyhound tracks remain in the US, in five states: Alabama, Arkansas, Florida, Iowa & West Virginia. The last greyhound track in Texas closed on 2016, and earlier this year Florida became the 41st state in US to ban Greyhound racing.

Greyhound racing in Ireland is declining too

There are only 16 tracks left in Ireland, averaging out to racing only 2 nights a week, attendance is down, sponsorship is down, number of owners and greyhounds is down The industry is trying to gain financial traction with such efforts as international betting and upgrading Shelbourne Park, getting more young people involved, making greyhound deals with China, talking about rural employment, tourist potential etc, but it is not making much of a difference. It is an industry in decline simply because it has had its day: it was popular 80 years ago, but times have changed. People are now more concerned about animal welfare than watching dogs run around a track.

Welfare issues in the greyhound industry

The main welfare issue in every location where greyhounds are raced is the euthanasia of healthy greyhounds that are no longer required for racing.
Welfare groups worry about “disappeared” retired greyhounds who are ‘unaccounted for’ every year. While some of these dogs may be unable to be rehomed because of their temperament (and so may need to be euthanased), and some will have stayed with their owners as long term pets, there’s a widespread concern over the many that are euthanased for convenience simply because they’re not useful any more.

Greyhounds are easily injured when running on tracks

Tracks are often too small and the bends too tight, which explains a lot of injuries. Limerick Stadium, well known for tight bends, is widening the track but not easing the bends. They are widening because they now want to have races with 8 dogs instead of 6.

Welfare groups are trying to work together to help greyhounds

Since 2015 there has no longer been a Welfare Committee at the Irish Greyhound Board that includes representatives from non-industry-related rehoming programmes, so the industry is effectively entirely self-policing; there IS an International Greyhound Forum, which the IGB belongs to and is run by Dogs Trust and attended by the ISPCA, the Blue Cross and a rescue group called PAWS, but progress has been limited.

Last month the International Greyhound Forum announced disappointment that provisions to prevent the export of Greyhounds to countries with poor welfare standards, will not be included in the Greyhound Racing Bill 2018 which had its final debate just last month, May 2019. Amendments had been proposed by the forum regarding the export and traceability of Greyhounds but these were defeated in Seanad and Dáil Éireann and will not be included in the final Bill. However, the forum did welcome the commitment by the Irish Greyhound Board (IGB) to make provisions regarding best practice when exporting Greyhounds, by expanding its existing Code of Practice. The IGB has also vowed to engage and work with members of the IGF in formulating the expanded code. This is a positive step and one that we will continue to remain engaged in to ensure the protection of the welfare of all Irish Greyhounds through all stages of their life.
Despite neither the Greyhound export amendment nor traceability amendments being included, there were a number of positive outcomes in the final Bill. An amendment put forward by Dogs Trust, whereby the Irish Greyhound Board (newly titled Rásaíocht Con Éireann in the Bill) may make provisions for the rehoming of Greyhounds at the end of their racing or breeding career, was included. As well as that, an amendment that sought the inclusion of a veterinary practitioner on the Board of IGB, was accepted in the Bill.

So what are the welfare issues around greyhounds that can be helped by the public?

One big problem is that there are more unwanted greyhounds than there are homes for them. Although the Irish Greyhound Trust (run by the industry) broadcasts they have “rehomed” almost 5000 greyhounds in the past 10 years, often this means they are sent on to other rescues abroad. And although it sounds like a lot, it is a small % of all the unwanted greyhounds that are out there. For example, 5000 greyhounds homed in 10 years = 500 greyhounds adopted annually. IF you want to believe their number of 100,000 dogs being raced annually, then annually they have on average managed to adopt out only 0.005 greyhounds (that would be half of 1%), not an impressive number at all. Even if there are just 11000 dog racing annually, the figure of 500 a year being rehomed is very low.
So the word needs to get out there that greyhounds make great pets.

Why are greyhounds such good pets?

Greyhounds are gentle, sensitive and affectionate dogs who settle well into new homes a the end of their racing careers. Contrary to popular belief these dogs do not need lots of exercise: only two 20 minute walks a day suffices in most cases. They make ideal pets for single people, couples, families and retired people: you just need to match the right dog to the right home. This means, for example, not to adopt a very young and rambunctious sapling to an elderly person, or a greyhound who has been mistreated and needs a calm hand to a busy family with several small children. Many greyhounds can live happily with other pets, both large and small, although precautions need to be taken with those who still have a high chase instinct (e.g. some greyhounds may need to be re-trained that cats are NOT for chasing).

The greyhound star on Ireland AM

Watch the Ireland AM video by following the link below

Greyhounds as pets on Ireland AM vet spot 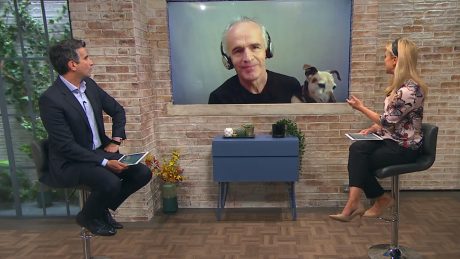 Dogs trained to sniff out COVID-19: vet spot on Ireland AM | Ireland AM 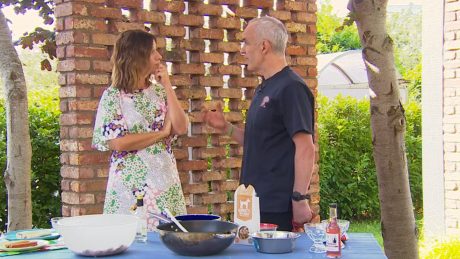 Home cooking for dogs: vet spot on Ireland AM | Ireland AM 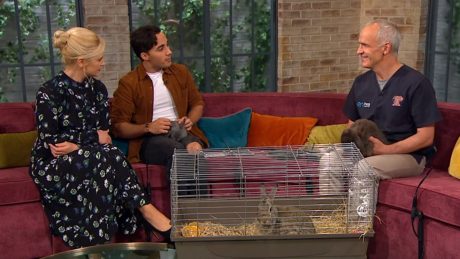 Rabbits as pets: video from vet spot on Ireland AM | Ireland AM