Halloween horrors on TV3’s Ireland AM 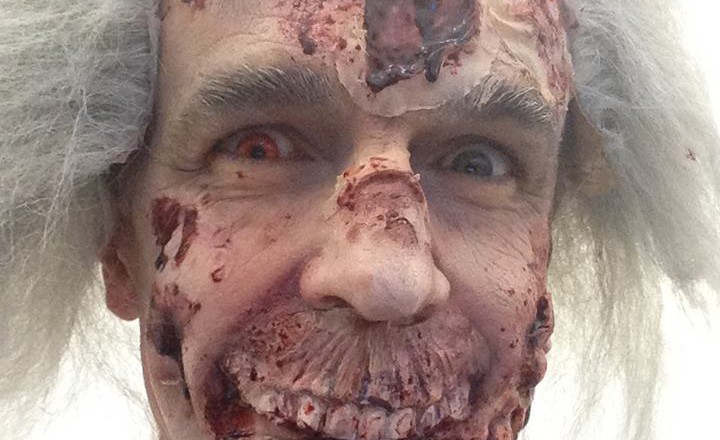 For a bit of a change from the usual vet spot, I volunteered for a professional make-up adventure this morning on Ireland AM. You can see the final result above, and the photo below shows the steps along the way. Chef Catherine Leyden was beside me, being transformed into some sort of horror baker rather than her usual charming self. 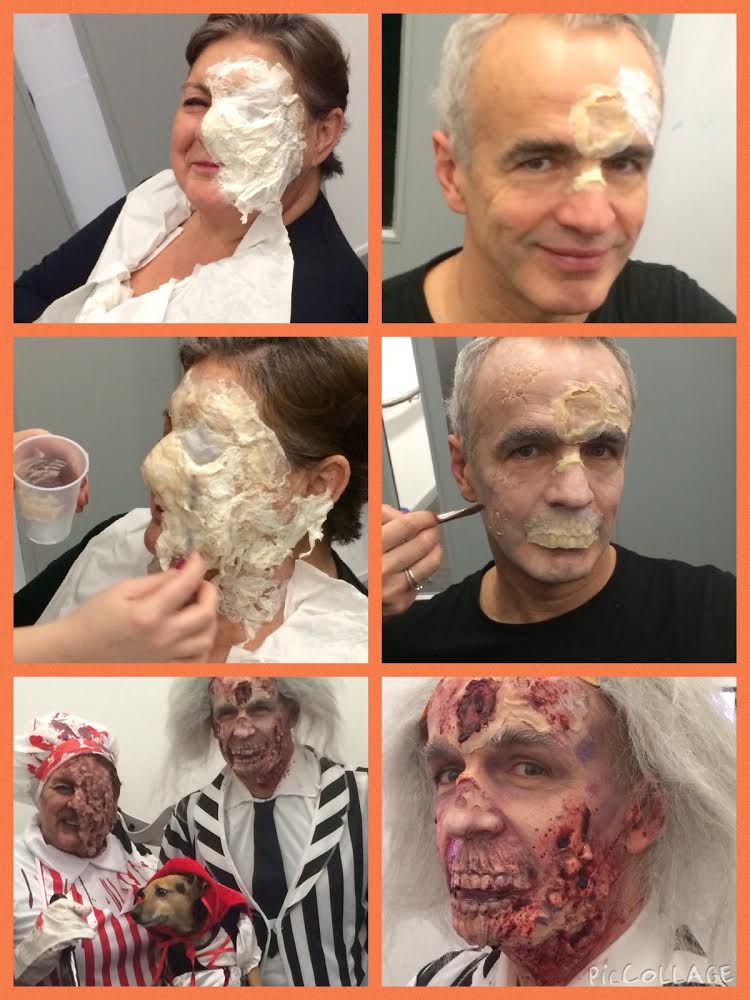 Catherine Leyden and myself at TV3 this morning 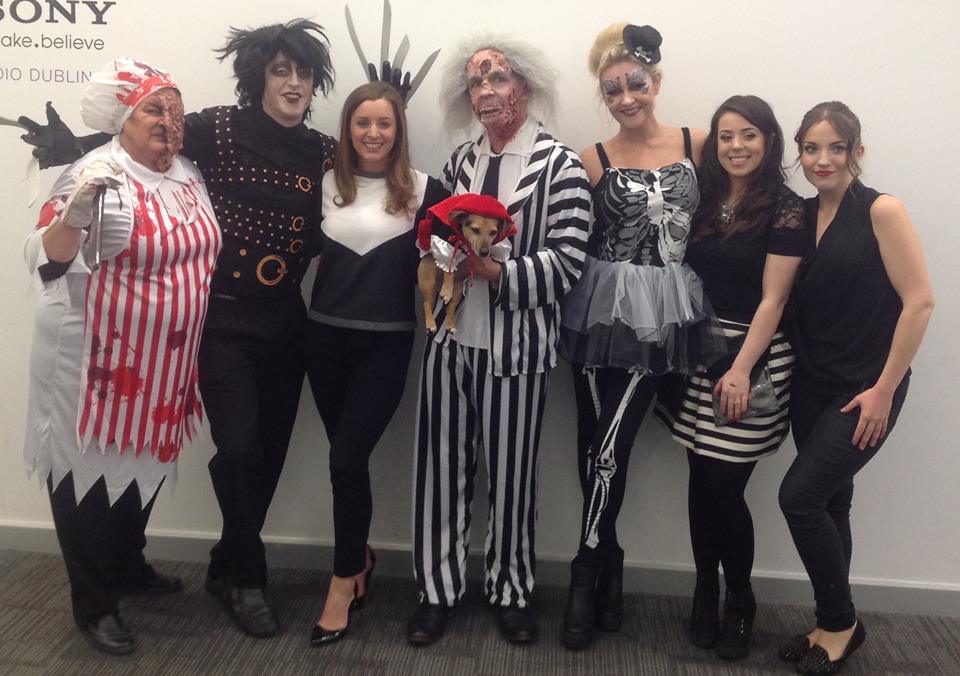 Here are the others, with Colin Baker as Edward Scissorhands and Laura Bermingham as a glamorous skeleton.

In the picture above, you can see the rest of the crew.

Colin Baker became Edward Scissorhands, Laura Bermingham was transformed into an exotic skeleton. Sinead Desmond looked on in horror, and the two wonderful make up artists from Make Up Forever are on the right. (Donna, who transformed my appearance, had to leave before photos were taken).

Poor little Kiko in my arms didn’t know what to make of it but once the photos were all taken, she became the centre of attention as LIttle Red Riding Hood, and she was a much happier dog. Everyone loves Kiko, and she loves everyone (as she shows by trying to lick any face within reach).