This week on Ireland AM, we discussed the recent incident of a child being killed by a dog in Lancashire. At the end of the video, we go on to briefly discuss  my upcoming trip to the slums of Delhi to look at the issue of street dogs and rabies.

Dog bites are an astonishingly common problem but the real story behind dog bites is very different to the picture generally painted by the media. For example, in a study in Ireland, the majority of the dogs involved in bite incidents were the popular breeds of Collies, Cocker/Springer Spaniels, Terriers, German Shepherds, and Golden Retrievers. The majority of injuries resulted from a one-off “snap” rather than a sustained attack by the dog.

More about this study

There is a shortage of information about severe sustained attacks that end in the loss of life because they happen so rarely, and the animals involved are usually euthanased at once. It would be useful to have detailed forensic reports of the precise circumstances so that we can learn, rather than just having to react to stories when they are in the news, when we don’t have full information

Some facts about dog bites

Severe injuries, particularly involving the neck and face, occur most frequently in young children, in their own home, and are inflicted by a dog that is familiar to them.after the child has approached the dog

Unfortunately, in many cases there is lack of active parental supervision at the time of the bite. So-called “dangerous breeds” are generally those with particularly strong, muscular, large physiques. They often make excellent pets, but rarely, if they are not properly supervised, there can be disastrous outcomes as in the news today. For this reason, they are better avoided in families with young children unless great care is taken

Two excellent initiatives help to educate children about how to interact safely with dogs in their own homes.

Both of these projects are aimed at young children and their parents. One, or preferably both, should be essential viewing for all households that have dogs and children living together.

This type of education will help to reduce the huge number of daily dog bites around the country that don’t make the national headlines.

What does a dog’s wagging tail really mean?

Pete highlights the importance of microchipping your pet | TV3 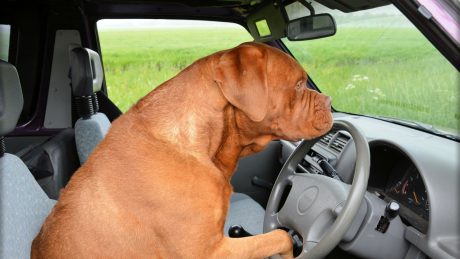