This week’s vet spot starts at 02:44:05 on the podcast at the foot of this page. If you want to be reminded of the risks of common poisons to pets, listen in.

Dealing with common toxic hazards for pets around Christmas

A recent survey of British vets found that eight in ten companion animal vets (80%) saw at least one case of “toxic ingestion” over the Christmas break last year.

What is toxic ingestion?

The definition is important. Toxic ingestion means an animal eating something that is toxic (or potentially toxic) and then needing to be rushed to the vet for pre-emptive action. It’s different to “poisoning” which is when people wait rather than take action, and the animal then develops definite signs of toxicity.
To be specific, there are two possible approaches to toxic ingestion:
1) Wait and see if there are any signs of poisoning, then attempt to treat these
2) Remove all risk of poisoning by doing the equivalent of “pumping the stomach out” – in the animal world, this means going to the vet for an injection which induces vomiting, which usually completely empties the stomach. As long as this is done within 1 – 2 hours of the possible toxin being eaten, it’s the most effective way of removing the risk of damage from poison
So the safest way of dealing with toxic ingestion is to make the animal vomit, or to use the technical terminology, “to induce emesis” (sounds better on the radio!)

Can people induce emesis at home? i.e. can people make their own pet vomit safely?

While it is possible to attempt to cause animals to be sick using various techniques ( I won’t name them, but people do go to search for this on the internet), they are not reliable, and they can cause serious harm, so it’s not recommended at all unless you are unable to get to the vet in person. Before even attempting to do such a thing, you should at the very least talk to a vet on the phone to make sure that you are not going to do any harm to your pet. The problem is that the household products that people might use to make a pet sick can actually damage the animal, and this can then become a bigger problem than the risk of poisoning.
Vets are able to give safe, rapidly acting, short duration injections that cause dogs to vomit with no serious side effects, so this is definitely the safest action to take, presuming you can get the pet to the vet within two hours of ingestion,

What sort of potential toxins are common over Christmas?

In the survey of UK vets, chocolate treats were at the top of the list of edible hazards for dogs, with 72% of companion animal vets reporting seeing at least one case of this type of poisoning. The main problem is not giving chocolate as treats, but rather dogs stealing unattended boxes of chocolates: they just eat and eat and eat if they get a chance: they have no “off” switch when it comes to eating chocolate.
Chocolate poisoning is dose dependent so it is easy to work out if a dog is at risk after eating some.
Recently revised guidelines for intervention in cases of chocolate poisoning state that treatment is needed when a dog eats more than 3.5 g/kg dark chocolate i.e. 1 ounce per 8kg of dog, or four times this amount of milk chocolate).
This translates to:
1) 17.5g for a small 5kg terrier (just over half an ounce)
2) 105g (less than four ounces) for a typical 30kg Labrador.
The threshold for milk chocolate is higher, at 14 g/kg, making 70g (2.5 ounces) for a little terrier or 420g (around 15 ounces) for a Labrador.
If a dog eats this much chocolate, it is really important that they are rushed to the vet to have their stomach emptied.

Raisins/sultanas were the second most common edible hazard to need treatment (reported by 63% of vets). This is not surprising, as they are common ingredients in many seasonal food items (mince pies, Christmas pudding, Christmas cake) and it is common for dogs to eat them either as treats or when stealing food.
Many people are astonished to learn that grapes, raisins and sultanas can be poisonous to dogs. After all they’re harmless to humans. And everyone has seen dogs occasionally eating them some time, with no visible adverse consequences. So how can they possibly be poisonous?
The risk to dogs has only recently been identified, in the past fifteen years, following studies of large numbers of dogs that seemed to spontaneously develop life- threatening kidney failure. Researchers discovered that a significant number of dogs with damaged kidneys had eaten grapes or raisins in the previous few days: far more dogs than would have happened by chance. This proved that there was a link.
However, not all grapes are poisonous to all dogs. Some dogs can gorge happily on some grapes and raisins with no ill effects while in other cases, a dog might eat just a few raisins and become dangerously ill. It’s an intermittent, unpredictable poison.
Despite extensive analysis of the fruit, so far it has been impossible to identify the toxic ingredient in grapes and raisins. The best guess is that it’s an intermittent mycotoxin (a poison produced by moulds or fungi when the grapes are damp at harvest). Dog kidney cells are far more sensitive to other mycotoxins than human ones, so this would explain why humans can gorge on grapes with no ill effects while dogs can die from eating a small bunch.
Like most poisons, grape and raisin toxicity is dose dependent, meaning that smaller dogs are more vulnerable. The question that everyone wants to have answered is this: how many raisins are poisonous? When does a dog need its stomach emptied? After a terrier scoffs a slice of Christmas cake? Or when a Labrador steals a few mince pies?
The old rule of thumb that vets used was when a 5kg terrier ate 10 grapes or raisins, or a 30kg Labrador ate 60 grapes, there would be a high risk of a problem. So if a pet ate half of these quantities, you should go to the vet to have vomiting induced. These days, vets are being even more cautious, suggesting that even if just a few raisins are eaten by any dog, the safest option is to empty the stomach.
So if a dog is seen to any food containing raisins, they should be taken to the emergency vet as soon as possible, even if it’s lunchtime on Christmas Day or midnight on New Year’s Eve. If it’s left till later, intravenous fluids and other expensive treatments may be needed to lessen any risk to the pet, and even then, if a significant dose of toxic agent has been eaten, the kidneys could still be damaged irreparably.

Onions and garlic contain chemicals that damage canine red blood cells, causing anaemia. However they only poison pets if a relatively high quantity is eaten: the amounts normally used in seasoning a human meal are unlikely to do any harm.. The toxic dose of onions is around 0.5% of body weight i.e. around 50g of onions (two ounces) for a 10kg terrier. A medium sized onion weighs 150g (six ounces). You can imagine that if a small dog ate a plateful of onion-rich turkey stuffing, there could be an issue.

Cats may also need emergency trips to the vet at Christmas although they don’t scoff chocolate, raisins or onions in the same way as dogs.

Anti-freeze (eg for car radiators) tastes palatable to cats but it causes kidney failure.  Around one in six vets treated a cat for antifreeze poisoning (17%) last year so it’s common enough: typically a cat might lap up antifreeze if some spills on the garage floor.

All parts of lilies are toxic to cats, causing kidney failure. The pollen is especially potent: if a cat brushes against lily flowers and gets that orange dust on their coat, they will lick it off and swallow it during grooming. Around one in eight vets had to see cats for this type of poisoning last Christmas

Enjoy your Christmas, but don’t forget that quick scan of your home to make sure seasonal hazards like chocolate, raisins, antifreeze and lilies are out of reach of your pets. More than at any other time of year, preventing problems is so worthwhile. 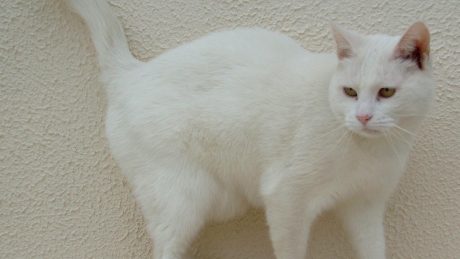