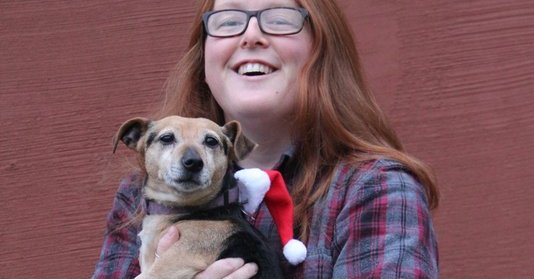 Back in 2011, when Linzi moved from her home in County Derry to a job near Dublin, it wasn’t love at first sight when she met my own dog Kiko. Linzi was lodging in our home, and Kiko is one of our dogs. Linzi had never been a fan of small terrier-like dogs. She saw them as yappy, noisy, annoying creatures, more likely to snap at her heels than to be affectionate.  She never expected to get fond of Kiko.

Kiko, however, has a surprisingly endearing personality, and she’s persistent. She used to sidle up to Linzi, sitting beside her, looking up at her with soft brown eyes. As time passed, Linzi began to pet her, then to pick her up for an occasional cuddle. And of course, an occasional tidbit. Before long, Kiko and Linzi were best buddies. Linzi began to take Kiko out for walks from time to time, and Kiko was always happy to see Linzi when she came in from a long day at work.

After four years in Dublin, Linzi took up a new, three-year post in 2015, based near Nashville. Tennessee.  After leaving Ireland, she found herself missing Kiko, but she could see from photos on Facebook that Kiko didn’t seem to be missing her at all: for Kiko, life continued as before. Somebody else took her for regular walks, and gave her treats. Linzi reckoned that as far as Kiko was concerned, it was as if they had never been friends.

Then in March, after being away for a year, Linzi came back from the USA  for a St Patrick’s Day visit. She had stories to share, gifts to give and photos to show. Everyone was delighted to see her back in Dublin again: old friendships don’t go away, and like many returning emigrants, Linzi has been having a busy and social time. But she had one big question that remained unanswered: would Kiko remember her?

Dogs are more like humans than many people might think. They have strong memories of certain situations, and they share many of the emotions that humans feel. Dynamic imaging studies of dog brains show that similar parts of the brain are activated as in humans when they are happy, sad, excited or sleepy. But they live in the present far more than we do: dogs enjoy today, not worrying about tomorrow or dwelling on yesterday. So as Linzi approached the house that she’d shared with Kiko, she was uncertain about how the reunion would go. She knew she’d be thrilled to see Kiko again, but would this be reciprocated? Or would Kiko just treat her like any other visiting stranger.

Kiko was sleeping by the Aga in the kitchen when Linzi arrived. Normally when a visitor comes into the house, Kiko rushes up to them, sniffs their feet, then returns quietly to her sleeping place. Is this what she’d do with Linzi, or would she remember her old friend with affection and enthusiasm?

Linzi need not have worried. Kiko heard Linzi’s laugh as she came in the front door, and before she’d even stepped into the kitchen, Kiko began to react. She jumped up, let out three shrill barks, and sat waiting expectantly for the kitchen door to open. Then when Linzi stepped in, Kiko rushed towards her, putting her front feet on Linzi’s lower legs, asking to be lifted up as she always had been in the past. After petting her for a few minutes, Linzi put her on the ground: she didn’t want to pressurise the little dog. But Kiko hadn’t had enough: she asked to be lifted up again, and in the end, Linzi kept her on her lap during the entire visit, while she had a cup of tea and some cake. 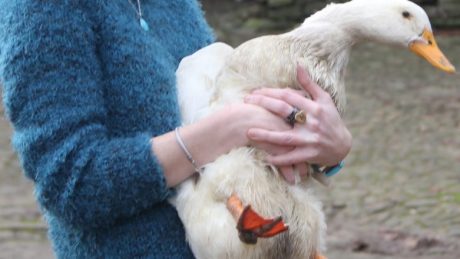 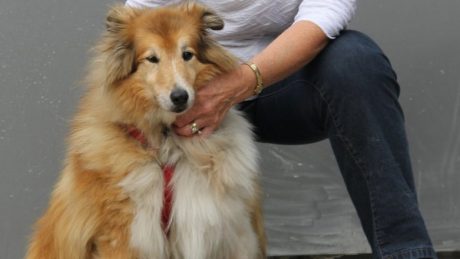 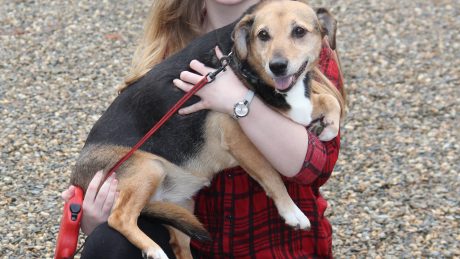