Home / Articles / Pet Health / Case Studies / Lily, a four year old cat who came home from a short walk with a deep laceration on her back

Lily, a four year old cat who came home from a short walk with a deep laceration on her back

Lily is a home loving cat, but she does enjoy spending time in the back garden and surrounding area. She doesn’t venture far, and if Lydia ever goes out to call her, she soon comes scampering back inside. She is very happy to spend her time within shouting distance of home. For Lily, the world does not need to be a bigger place.

Lily has a habit of greeting everyone as they return home at the end of the day. A few weeks ago, Lydia saw her when she came back from work, at around six in the evening. A few minutes later, the cat slipped out into the garden through the cat flap. Half an hour later, there was a clatter at the back door as Lily crashed in through the cat flap before bolting to her favourite hideaway spot. It was immediately obvious that something had happened – Lily was normally a graceful creature, moving in and out through the cat flap slowly and silently.

Lydia went over to check her, and she could see that she had been injured. There was a blood stain on Lily’s lower back, and she could make out the vague outline of a wound beneath the matted fur. Lydia phoned our vet practice at once, and fifteen minutes later, Lily was being examined on my consulting table.

It is always difficult to make an immediate assessment of wounds in animals, because of their dense fur coats. Lydia held Lily still, and reassured her, while I used electric clippers to trim away the hair from the blood stained area. I was careful to avoid touching the wound itself, and soon I had cleared an area of fur so that the laceration could be clearly seen. There was a deep cut in her skin, measuring around 1cm in width. The muscles and other tissues beneath the skin had been exposed, and I cleaned the entire area thoroughly using a mild antiseptic solution.

Lydia’s first question was simple; “What could have caused it?”

There are four possible causes of open wounds in cats: bites from other animals, road accidents, gunshot wounds, and finally, any contact with a sharp object. It is always a case of careful analysis of the individual characteristics of a wound to try to work out the cause.

Lily’s wound was definitely not an animal bite. The edges of the wound were clean and straight, and there was a single wound, with no other skin damage. Animal bites tend to be multiple wounds, with ragged edges, and bruising in the adjacent tissues.

It was also unlikely to be the result of a road accident, because there were no other injuries at all. Cats are often hit by cars, but they nearly always end up with other damage, such as broken bones,  grazes or crush injuries elsewhere in the body. They also often have oil marks on the coat, and Lily had none of these things.

What about a gunshot injury? Unfortunately, these are quite common, and this was probably the most upsetting possibility. The deliberate infliction of injury on an animal by a human is difficult to understand, but it does happen.  Air guns are the most common weapon to be used in Ireland, and the wounds are very distinctive: a small, circular hole in the skin, accompanied by damage to the underlying muscles and bones at the point of pellet entry. Lily’s wound was much too big to be a pellet wound, and everyone was relieved when that possibility was ruled out.

The final possible cause was accidental contact with a sharp object. The laceration was on top of Lily’s lower back, which is exactly where she would be injured if she tried to squeeze beneath something that had sharp edges. There are many possibilities, from barbed wire, to a sharp metal edge, to a piece of broken glass. Lily is a cautious creature, so she would be unlikely to try to squeeze through a tight space if she was not under pressure. I asked Lydia if there were any other animals around. Could she have been chased by a dog or a cat?

It turned out that there were several marauding tom cats in the area, and Lily had already been seen to be chased by one of them. Lydia could not think of any sharp objects in her own back garden, but there could be any number of hazards of that type in the near vicinity. It seemed most likely that Lily had been chased by a bigger cat, and in her effort to escape as rapidly as possible, she had squeezed under a sharp object, accidentally injuring herself.

The cut looked nasty, and it was big for a cat, but it was clean, and the edges of the wound were close together, even without suturing. I decided to see if the wound would heal naturally, rather than put Lily through the general anaesthetic that would be needed to close it with stitches. I gave her a long-acting antibiotic injection, and I gave Lydia instructions for twice daily wound cleaning, using mildly salty water. I suggested that it would be best if Lily was kept inside while her wound was being treated.

I checked the wound three days later, then a week after that. It healed well, and at the final visit, the skin edges had sealed completely. Lily was completely better, and ready for more outdoor excursions.  Lydia has scouted around her garden and surrounding area, and there are no obvious hazards. It’s most likely that the laceration was an unfortunate one-off incident, and with luck, it will never be repeated. 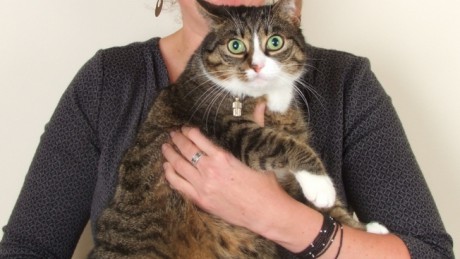 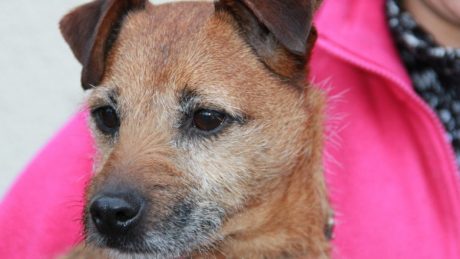 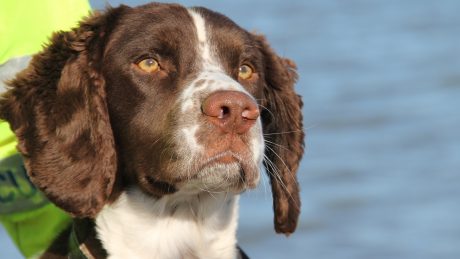