Lily the kitten had ringworm

Alana and her family found Lily, a friendly kitten, in an animal sanctuary. The three children adored her from the start, taking it in turns to pick her and hug her. Pets are good for young children’s confidence. Young people who grow up with animals are more self-confident and socially assured. There are other positive effects of pets. For example, as long as a mother does not have asthma, the presence of animals around young children can have a protective effect against the development of this common disease. (If a mother has asthma herself, animals in the home can exacerbate the problem in her children, so parents should consider these factors carefully before choosing a new pet).

There are also some health risks involved in owning a pet: animals need to be given a regular worm and flea dose to ensure that they don’t carry parasites, and if not monitored carefully, kittens can scratch young children who don’t yet know how to handle them properly.

Ringworm can be carried by kittens

There’s one common skin disease that can be carried by kittens: ringworm. Despite the name, this is a fungal infection, not a worm. It’s usually obvious when a kitten is carrying ringworm: there are circular bald patches in the coat, often around the head. Lily had a perfect, shiny, full coat, with no sign of any problems like this.

Around two weeks after the kitten had arrived into the family household, Alana’s brother, sister and parents developed small red circles on the skin of their arms and legs. One visit to the doctor was enough to confirm that they had ringworm. They were treated with a skin ointment but where could the ringworm have come from?

Humans get ringworm following direct contact with the fungal spores that cause the disease. These spores are found both on living animals with ringworm, as well as in the environment. A child can get ringworm by touching an animal, or by brushing against an object that has been in contact with an animal with ringworm. Kittens are known to commonly carry ringworm, and the recent arrival of Lily in the household meant that she was a prime suspect, even though she had no visible signs of the disease herself.

Lily was brought to see me for a careful ringworm check. I used a special instrument to do this: an ultra-violet light source, known as a Woods Lamp, which causes common types of ringworm to shine a bright green colour. I darkened the room, and examined Lily carefully with the Woods Lamp. At first, there was no sign of anything, but then I saw a small circular shiny green area on one of her back legs. This confirmed that she was the ringworm carrier.

Ringworm in animals and humans is not usually too serious: most often, after one bout of the disease, natural immunity provides protection against future exposure. However in some individuals – both humans and animals – ringworm can get out of control, causing permanent scarring of bald areas. For this reason, thorough treatment is recommended. I prescribed an anti-fungal wash, and Lily was subjected to special shampooing twice weekly. Severe cases need oral medication too, but it wasn’t necessary in Lily’s case.

Three weeks later, I checked Lily carefully again with the Woods Lamp. The bright green circle had vanished, and there were no other suspect areas. She had been completely cured. All of the cases of ringworm in the humans of the household had also cleared up. Alana herself was lucky enough not to pick it up at all.

The children are now free to cuddle Lily again: they just need to remember to watch out for those sharp kitten claws. 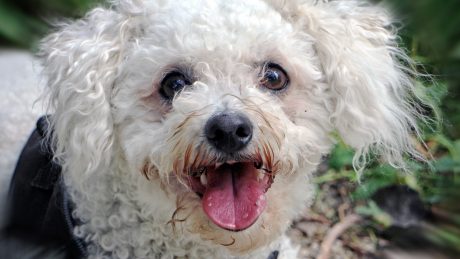