Maisie is the latest addition to the household, and she’s become an enthusiastic playmate of Ted, the two year old Corgi. The two animals burn up energy by wrestling over toys together, often playing tug of war with a favourite object. The dogs growl noisily as they do this, but it’s all good-natured fun, and they never have a serious fight.

One Sunday morning, the dogs spent time playing on the beach. Shortly after they returned home, Chris noticed that Maisie had developed a swelling over the front right side of her muzzle. He thought that it was some type of sting: perhaps she had played with a jelly fish or something odd like that? Over a couple of hours, the swelling grew bigger, and Maisie started to whine. The area was painful to touch, and it was getting worse rather than better. The family decided to take Maisie to the emergency vet.

A TRIP TO THE EMERGENCY VET WAS REQUIRED

After a careful examination, the vet made the diagnosis. Maisie had fractured her right upper canine tooth: the long pointy one. This had probably happened during a tug of war with Ted: Maisie still had her “baby” teeth, which aren’t as strong as Ted’s permanent teeth. She was given injections of pain relief and antibiotics, and an appointment was made to see me the following day for more detailed dental care.

There is no such thing as a “dentist” for pets: all vets are trained in basic dentistry. While it is possible to have your pet referred to a vet who specialises in complicated dental procedures (such as root canal fillings), your local vet is always the first place to go if your dog or cat has a dental problem.

When I examined Maisie the following day, the emergency pain relief was wearing off, and she had become quiet and dejected. She still had a painful swelling around the base of the broken tooth. When I gently pressed the area, pus oozed out. It seemed likely that the tooth had broken several days earlier, but on the Sunday morning, bacteria had multiplied around the root of the broken tooth, forming a painful abscess. The emergency treatment had helped, but for a permanent cure, Maisie needed a full dental procedure under general anaesthetic. I admitted her to our hospital for the day.

Once she was anaesthetised, I took x-ray pictures of the damaged area. The infection showed up as a black halo around the root of the broken tooth. The x-rays also showed me that her healthy adult teeth were lined up, underneath her “baby” teeth, waiting to emerge. This was good news: I had to extract two damaged teeth from around the abscess, but I now knew for sure that these were only her baby teeth. Within a couple of months, her permanent adult teeth would erupt into their normal position, and Maisie would have a perfect mouth again.

Maisie felt much better once the diseased teeth had been extracted. When I checked her three days later, she was back to being a playful, bouncy puppy. The swelling had gone right down, and she was no longer in pain. I took the opportunity to talk to the family about home care for dogs’ teeth, demonstrating how they ought to get Maisie used to having her mouth handled, so that she would be more likely to let them brush her teeth regularly as she grew older.

Maisie was not impressed: she had had enough of her mouth being poked by this strange human in a tunic. She just wanted to get home for another game of tug of war with her friend Ted. 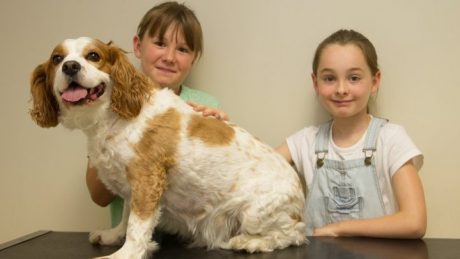 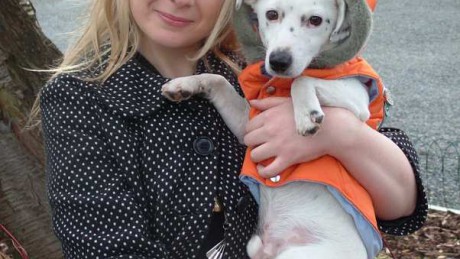 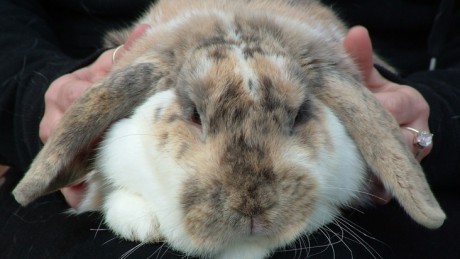 Holly, a one year old female rabbit who had developed a swelling beneath her chin and she was behaving strangely.