Emma bought Millie when she was just six weeks of age, and one of the first things she did was to bring her to see me. As part of the general check up, I gave Millie a routine treatment for roundworm, even though Emma had seen no sign of any parasites. She was shocked two days later when she found that Millie had passed half a dozen spaghetti-like worms on the kitchen floor. Emma came back to see me to ask what else needed to be done.

The dog roundworm, Toxocara canis, is so common that they are found in almost every puppy. If pups aren’t given treatment against worms, they can become seriously ill. And even more worryingly, the dog roundworm can, very rarely, be passed on to children, where it can cause blindness. The good news is that the roundworm is simple to control, as long as the correct products are given at the right time.

how does a pup get worms?

How does a young pup like Millie get worms in the first place? The problem is that nearly all breeding bitches  have egg-laying worms in their mammary glands, so young pups like Millie are infected by drinking their mother’s milk. Some of these young worms (so-called “larvae”) move through the wall of the pup’s intestine into the blood, then settle into muscles and other parts of the body where they form indestructible cysts. If a female puppy (like Millie) becomes pregnant later in life, these cysts become activated, and move back into the bloodstream and to the mammary glands, where they in turn pass into the milk to infect the next generation of puppies. Additionally, worms can pass directly from the mother to the pup in the womb, before the pups are even born. It’s very difficult for a puppy to be born without a worm burden.

In young puppies, adult worms gather in the intestines, where they look like pieces of spaghetti, measuring 3 – 5 inches long. They produce microscopic eggs that are passed in the faeces. These eggs are harmless at first, but once they have incubated in the open air for a few weeks, they can become infectious to other dogs, and also sometimes to humans.  The bigger risk to humans is not from handling puppies, but from touching soil that has been contaminated by puppies several weeks previously.

it’s easy to get rid of worms

The good news is that it’s easy to get rid of dog roundworms. All puppies need to be given repeated worm doses from an early age (every 2 – 4 weeks) because otherwise new worms keep emerging. Additionally, adult dogs also be wormed regularly (e.g. every 3 months). As well as this, poop scooping should be part of the routine of keeping puppies and dogs, so that any worm eggs are removed from the environment before they have time to develop. As an extra precaution, in households with dogs, children should always wash their hands before meals, to minimise any risk of worm eggs passing from dirty hands into mouths.

Old fashioned remedies used to act like laxatives, literally causing the intestines to be flushed out, and many people expect pups to have an upset stomach after a worm tablet. Fortunately, modern de-worming drugs are much more effective and gentler, with no side effects. It’s common for dying worms to be passed in the faeces, but this is usually just a one-off, most often seen in young pups like Millie.

I supplied Emma with a packet of worm tablets, and she’s going to give Millie repeated doses regularly from now on. It was a shock to find those wriggly worms on the kitchen floor, and Emma’s determined to do everything to minimise the risk of that happening again. 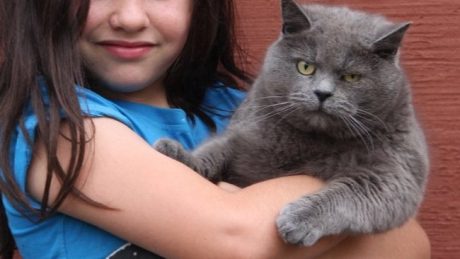 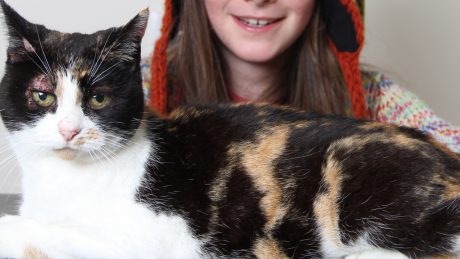 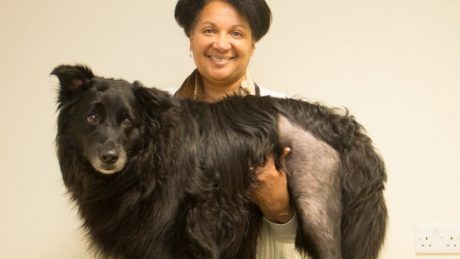