Home / Articles / Pet Health / Case Studies / Moll, a Collie who cut her shoulder while searching for a ball in the bushes

Moll, a Collie who cut her shoulder while searching for a ball in the bushes

Moll suffered a small laceration to her right shoulder, so she was brought to me for treatment. It’s common for dogs to be injured in this way: they often charge through undergrowth without paying too much attention to their surroundings. Pieces of barbed wire, broken edges of glass and sharp ends of branches can easily cut through the skin when a dog is barging past . Moll’s injury wasn’t too serious: I had to sedate her and freshen up the edges of the wound under local anaesthetic. I then used surgical staples to close the laceration (this can be quicker and more convenient than using standard stitches). The staples will be removed in ten days, when the wound will have fully healed.

As I examined Moll that day, I asked Oliver about her exercise habits. He told me that her favourite stroll was through Shanganagh Park, with its combination of open green fields and soccer pitches. Moll is an intelligent dog, and Oliver enjoys doing obedience work with her. As they walk around the park, he gets her to sit, stay, and walk to heel, as well as obeying many other commands.

After doing the full round of the park, on the way home, Oliver takes Moll past the hurling pitches used by local GAA clubs. When he lets her off the leash here, Moll has a regular routine. She heads straight for the bushes adjoining the hurling pitch, moving quickly but with her nose pressed closed to the ground. It’s obvious that she’s following a scent of some kind. She vanishes into the bushes: all that can be seen is the tip of her tail, waving behind her. After a few minutes, she emerges with her head held high, proudly holding a ball in her mouth: a sliotar.

This is the object that she has been looking for: the smell of the leather obviously attracts her. She brings the ball back to Oliver and drops it at his feet. He hits it away with a stick, and Moll enjoys repeatedly chasing it and bringing it back to him: the game continues until the end of the walk.

Sometimes the sliotar is in a place that’s inaccessible even to Moll: on these occasions, she backs out of the bushes and crouches down on all fours, staring at a particular spot. Oliver heads into the undergrowth, beating it with his stick to clear a path. When he’s done this, Moll goes in again, and she always comes out holding the sliotar in her mouth. When Moll first retrieved a sliotar from the undergrowth, Oliver thought that it was a one-off, but it was just the beginning. It’s obviously common for sliotars to be sent flying into the bushes, beyond the reach of the GAA players. Moll heads off into the undergrowth every time they walk past the area, and so far she has collected over eighty sliotars.

Oliver is storing them at home, and when they reach the magic figure of a hundred, he plans to present them to the GAA clubs to be reused. Sliotars cost around €15 each, so Moll’s hard work will save the club a significant sum of money.

More recently, she’s discovered that the baseball players at the other end of Shanganagh Park are also prone to hitting balls into the rough: a baseball is similar in size but harder and smoother than a sliothar, so it’s equally appealing to Moll. To date, she has retrieved ten baseballs from the bushes.

Do you play a sport where the balls keep going missing in the undergrowth? If so, Moll might just be able to help! 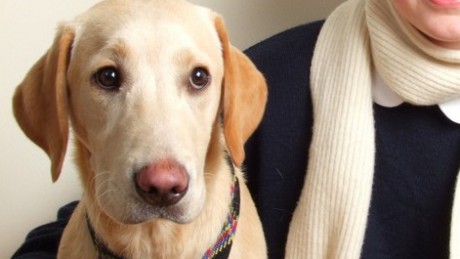 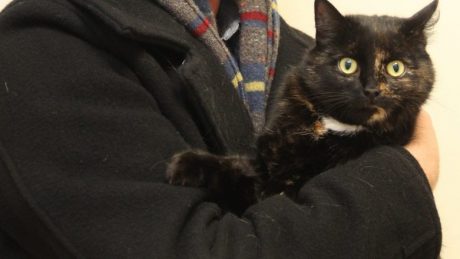 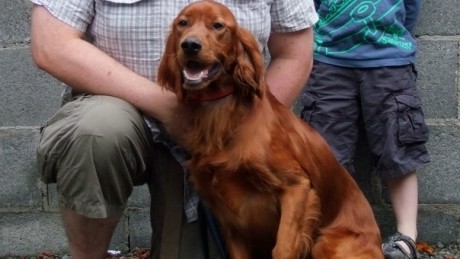 Toby, a one-year-old cross between a Labrador and an Irish Setter who was clicker trained.