Val has a habit of enjoying a single glass of wine every evening on the patio at the back of his house, and Mylo always joins him. The two of them sit there together, surveying the world around them and enjoying each other’s company.

One evening , as they were enjoying the evening peace, two large Lurcher dogs strolled into the garden from an adjoining property. Mylo ran over towards them to see what was going on, and before Val could stop them, the two dogs attacked the little dog viciously. They pinned Mylo to the ground, with one of them biting his neck and the other snapping at his body. There was no doubt: they were in the process of killing Mylo.

Val ran over to them, shouting at the big dogs, and trying to drag them away from his dog. It made no difference: the Lurchers continued to worry at poor Mylo’s body, snarling as they did so. Val was alone in the garden, with no hope of outside assistance, and he knew that if he didn’t do something radical, he was going to witness his dog being torn to pieces.

He didn’t have time to think. He hurled himself on top of Mylo, putting his own body between Mylo and the attacking animals. This action separated the Lurchers from the object of their attack, and Val then cradled Mylo close to his chest, wrapping his arms around him.

He lay there for a moment, gathering himself. The Lurchers had stepped back, and now they were circling around him, as if pausing before deciding on the best angle to use for a second, lethal attack.

Val decided that it would be dangerous to stay on the ground: if the dogs attacked him, his own life would be under threat, as well as Mylo’s. He staggered to his feet, holding Mylo wrapped in his arms, stumbling back up to the house. He didn’t relax till he was inside with the doors safely shut.

mylo was taken to the vet

Mylo had bite marks and torn skin on the left side of his neck, so Val took him straight to see the emergency vet. He needed urgent treatment: he was lucky that there was no damage to vital structures, but the wounds needed expert cleaning, with antibiotic cover and plenty of pain relief. Mylo took a few weeks to recover physically from the attack: there was so much damage to his neck that a large, gaping wound opened up, exposing the underlying flesh like something out of a horror movie. He was fine eventually, but only after a significant degree of veterinary intervention.

Mylo is certain to have been left with some psychological damage: many small dogs are nervous around bigger dogs, and after this unprovoked attack, Mylo will have justifiable anxiety around Lurchers.

Val heard later what happened to the two marauding Lurchers: they left his garden, moving on to his neighbour’s garden where they attacked another pet dog. His neighbour managed to herd the two attacking dogs into his garage, where he locked them up. He then called the dog warden, who came and took them away to the local dog pound.

They turned out to be gentle animals on their own: their pack instinct had kicked in when they were together, leading them to attack other dogs. Nobody came forwards to claim them, so then ended up being rehomed individually, and perhaps surprisingly, they will go on to make good pets.

Val is still not sure that it was wise of him to rescue Mylo in the heroic, even foolhardy, way that he did, but he’s very glad that he did it. Val and Mylo have resumed their evening routine on the patio. The Irish summer still has a few months left to enjoy. 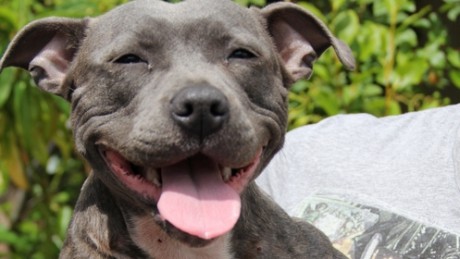 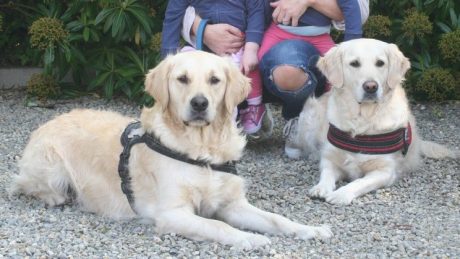